UNC's Hall Elected to American Academy of Arts and Sciences

History Professor Jacquelyn Dowd Hall has been elected as a fellow in the American Academy of Arts and Sciences, one of the nation’s oldest and most prestigious honorary societies. 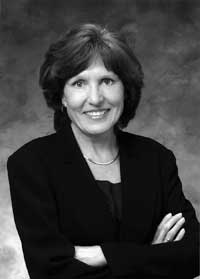 Hall, the Julia Cherry Spruill Professor of history in UNC’s College of Arts and Sciences, is a pioneering historian of Southern women’s studies and founding director of the Southern Oral History Program in UNC’s Center for the Study of the American South. In Hall’s 37 years at the helm, the program has recorded approximately 4,300 firsthand accounts of history by the people who lived it.

Hall is among 212 new academy fellows announced on April 19. They include individuals that the academy calls some of the world’s most accomplished leaders in academia, art, business, the humanities, philanthropy and science. The class will be inducted Oct. 1 at academy headquarters in Cambridge, Mass.

With Hall, UNC has 34 faculty members in the academy, an independent policy research center founded in 1780 to undertake studies of complex and emerging problems. The academy’s diverse membership of scholars and practitioners from many disciplines and professions gives it the capacity to conduct a wide range of interdisciplinary research.

In 1999, Hall was called “one of the nation’s pre-eminent scholars of the New South” when awarded a National Humanities Medal, bestowed by President Bill Clinton. The medal honors those whose work has deepened the nation’s understanding of the humanities or helped preserve and expand Americans’ access to the humanities.

UNC hired Hall, an Oklahoma native, in 1973 to direct the South’s first major oral history program and teach women’s history. She had just completed courses for a doctorate in U.S. history at Columbia University. Already, she had concluded that she couldn’t unearth history just by studying written records.

As the program continues today, she says, “our goal is to add new stories to the historical record and enable teachers, students and interested people throughout the world to learn about the South by listening to voices that might otherwise go unheard.”

About 530 of the interviews by Hall and her students and colleagues are available to all via the Web on the University Library’s “Documenting the American South” site, in the collection titled “Oral Histories of the American South.” Another 2,251 are online as transcripts or transcripts plus sound. The rest, which are scheduled to be digitized, are on tapes and transcripts housed in Carolina’s Southern Historical Collection in Wilson Library. There, researchers can access first-person, real-life stories of mill hands, entrepreneurs, politicians, environmentalists, civil rights activists and more.

One of the program’s early and most significant projects was a study of the growth of mill villages where, previously, farming communities predominated. Like A Family: The Making of a Southern Cotton Mill World (UNC Press, 1987), a book by Hall, students and colleagues, resulted. Hall also has had numerous prize-winning journal articles published and wrote the book Revolt Against Chivalry: Jessie Daniel Ames and the Women’s Campaign Against Lynching (Columbia University Press, 1993).

In recent years, Hall has led a major oral history project documenting social justice efforts from World War II to the present. She also is co-principal investigator for “Publishing the Long Civil Rights Movement,” a project designed to inspire scholarly collaboration and develop new ways of creating and sharing scholarship on the civil rights movement.

Hall also served as faculty representative on the GAA Board of Directors from 2006 to 2007.