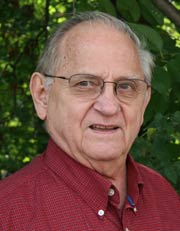 William F. “Bill” Little, a member of UNC’s faculty for more than 40 years, a former vice president of the UNC System and a visionary leader who helped guide the development of the state’s Research Triangle Park and the Research Triangle Institute, died Friday at home in Chapel Hill. He was 79.

A native of Hickory and one of nine children, Little was born in 1929 and received his bachelor’s degree in chemistry, biology and mathematics from Lenoir-Rhyne College in 1950. He came to Chapel Hill that year as a member of the first class of Morehead Scholars, earning his master’s degree in physical chemistry in 1952 and his doctorate in organic chemistry in 1954. He then took a year to explore London as part of his postdoctoral studies with renowned organic chemist Sir Christopher Ingold at University College London.

Little began his teaching career at Reed College in 1955 but returned to Chapel Hill the following year as an instructor. He rose rapidly through the professorial ranks, becoming chairman of the chemistry department at age 35. He was appointed University Distinguished Professor of Chemistry in 1977, a position he held until his retirement in 1996. Little also served in a variety of important administrative roles at Carolina. These include associate dean for research administration in the Graduate School (1959-61); chairman of the chemistry department (1965-70); chairman of the division of the natural sciences, (1972-73); vice chancellor for research, development and public service (1973-78); and interim provost and vice chancellor for academic affairs (1991-92).

Little led a nationwide effort to spread the word about the creation of the RTP and, through his work at Carolina, had a hand in recruiting some of RTI’s first chemists. In addition to his direct impact on RTP and RTI, Little inspired and guided thousands of chemistry students at Carolina. It was during his tenure as chemistry chair that the department grew dramatically in both faculty numbers and national stature, enhancing the Triangle’s reputation as a center for scientific excellence.

“The role that Bill played in the birth of the Research Triangle is hard to overstate, and his contributions and dedication to the growth and strength of the sciences and economic development in our region will long be felt,” said Chancellor Holden Thorp ’86, who studied under Little in the 1980s and has considered him a dear friend since. “But Bill’s greatest love was our chemistry department and especially its young faculty. He created a culture where the coins of the realm were wisdom and encouragement. He was a giant.”

To honor his numerous contributions to RTI and its chemistry program, the institute dedicated the William F. Little Medicinal Chemistry Building in 2003. His 50-plus year commitment to RTI and the RTP was highlighted again last week when he spoke at the State of RTP breakfast on Feb. 26, challenging and inspiring a gathering of business leaders about the promise and possibilities that lie ahead during the next 50 years.

Little’s research area was organometallic chemistry, located at the inersection of classical organic and inorganic fields. Joe Templeton, Venable Professor of chemistry and chair of the faculty, is still active in this field of chemistry. “Bill was a rich source of creative ideas, profound wisdom, political insights and elbow grease” for Carolina, Templeton said. “I never seriously told Bill how much he meant to me. I never needed to.”

In addition to his ongoing efforts on behalf of the RTP and RTI, Little sat on the governing boards of the Triangle Universities Center for Advanced Studies, the First Flight Venture Center – a business incubator – in the Research Triangle Park, and the George Watts Hill Foundation.

In an effort to give back to the Morehead program, he chaired the central selection committee for scholarships of the John Motley Morehead Foundation from 1978 to 1989. He also served on the board of trustees of his undergraduate alma mater, Lenoir-Rhyne College, from 1960 to 1963 and on the college’s development board from 1967 to 1973. He served two terms on the board of trustees of the UNC-Chapel Hill Arts and Sciences Foundation, 1976-77 and again from 1984 until his death.

In lieu of flowers, memorial gifts may be sent to The National Humanities Center, The College of Arts and Sciences Foundation, or a favorite public radio station. Please note that the gift is in memory of William F. Little:

Arrangements for a celebration of Little’s life are pending and will be announced by the University soon.