“The sun that rose that fateful Friday morning heralded the beginning of an eagerly-awaited weekend, one filled with memory-making events. At two that same afternoon, an expurgated, but nevertheless colorful, Beat Dook parade was scheduled to wind its way through the crowd-choked streets of Chapel Hill. Later that evening, a pep rally complete with bonfires and fireworks was set to raise spirits still further for Saturday’s main attraction, the 50th annual Carolina-Duke football classic. And to round out the weekend, the German’s Club was to present its fall concert featuring the New Christy Minstrels on Saturday night.

“But before the first paper-festooned float had left its starting point at Woollen Gym, all of these events had not only been cancelled or postponed, but singularly forgotten as the grief of a national tragedy engulfed the campus. Television sets and transistors became the student magnets as the miracle of modern communication made us all eyewitnesses to unfolding history. The President of the United States had been assassinated, and all other activities seemed inconsequential.” 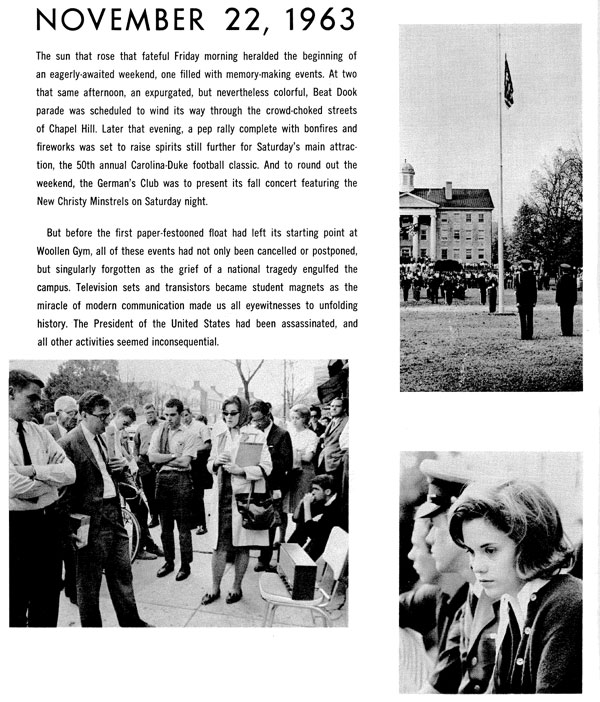 Thoughts about this?
We look forward to hearing from you.
Share via: