Townsend Bertram & Co. Comes to End of Its Trail

Just as a pandemic-weary populace is adapting to the outdoors being a good place to have fun while staying safe, a signature Carrboro outfitter for outdoors equipment is going away. Townsend Bertram & Co. —... 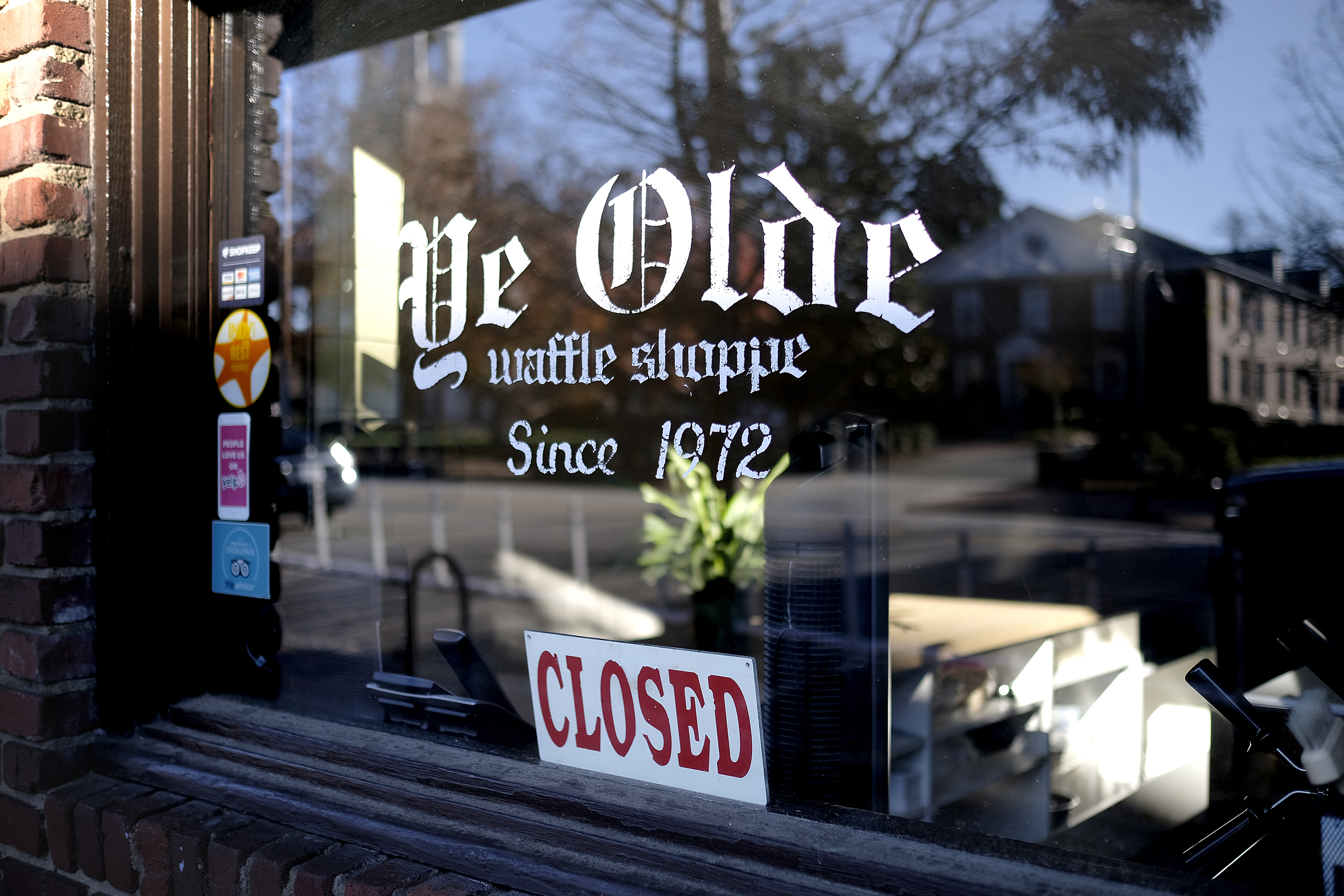 On Dec. 1, a goodbye note on the website and a message on the diner’s voicemail thanked customers of Ye Olde Waffle Shoppe for decades of memories. (Grant Halverson ’93)

The lid on a Franklin Street culinary time capsule snapped shut just after Thanksgiving when Ye Olde Waffle Shoppe announced it would not reopen.

The diner had been closed “temporarily” since late March after the governor closed public dining rooms because of the COVID-19 pandemic. Its owners and longtime employees held out hope that when the pandemic passed they could resume whipping up the short-order waffles, biscuits, hash browns and other breakfast fare served through lunchtime. 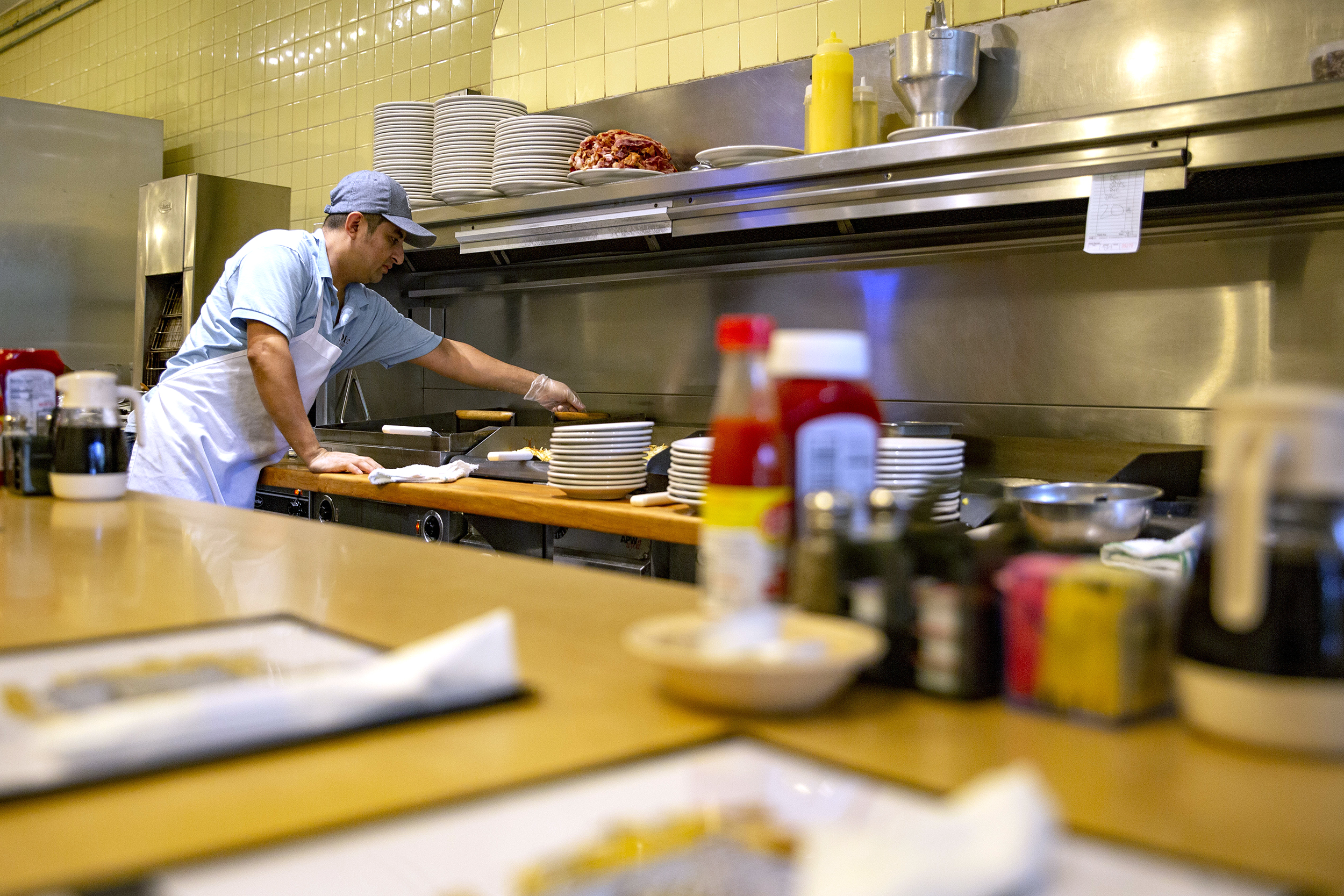 The tight squeeze that had made Ye Olde successful for almost half a century with a welcoming and homey atmosphere now threatened its existence. (Haley France ’20)

But even with eased pandemic restrictions, dining habits had adapted over the months to ordering takeout and to social distancing when dining inside. It seemed an impossible challenge for the narrow diner to adapt, its counter running the length of the place, seating customers on one side and cooks working the grill on the other just a few feet away.

“Our cooks prepare every menu item with heart,” Ye Olde’s website proclaimed. “We’re not a showplace, but a workplace.”

The tight squeeze that had made Ye Olde successful for almost half a century with a welcoming and homey atmosphere now threatened its existence. Ye Olde didn’t do catering and didn’t have an online ordering presence. And takeout wasn’t an option when customers had come for the ambiance and neighborliness as much as the comfort food.

“For us, it was a public health decision,” said Melissa Peng, daughter of the late Ye Olde founder Jimmy Chris. For Peng, one question — does our business model work in this climate? — led to another — why do we operate? “It’s about an intimacy,” she concluded.

So on Dec. 1, a goodbye note on the website and a message on the diner’s voicemail thanked customers for decades of memories. The Chrises’ 10-year-old granddaughter noted glumly: “That was supposed to be my first job.”

During a recession in 1972, Chris opened Ye Olde in the Tankersley Building at 173 E. Franklin St., which his family had owned since the 1940s. He divided the space into two restaurants (the other became Four Corners) and asked college buddy Al Thomas to join him in the business. 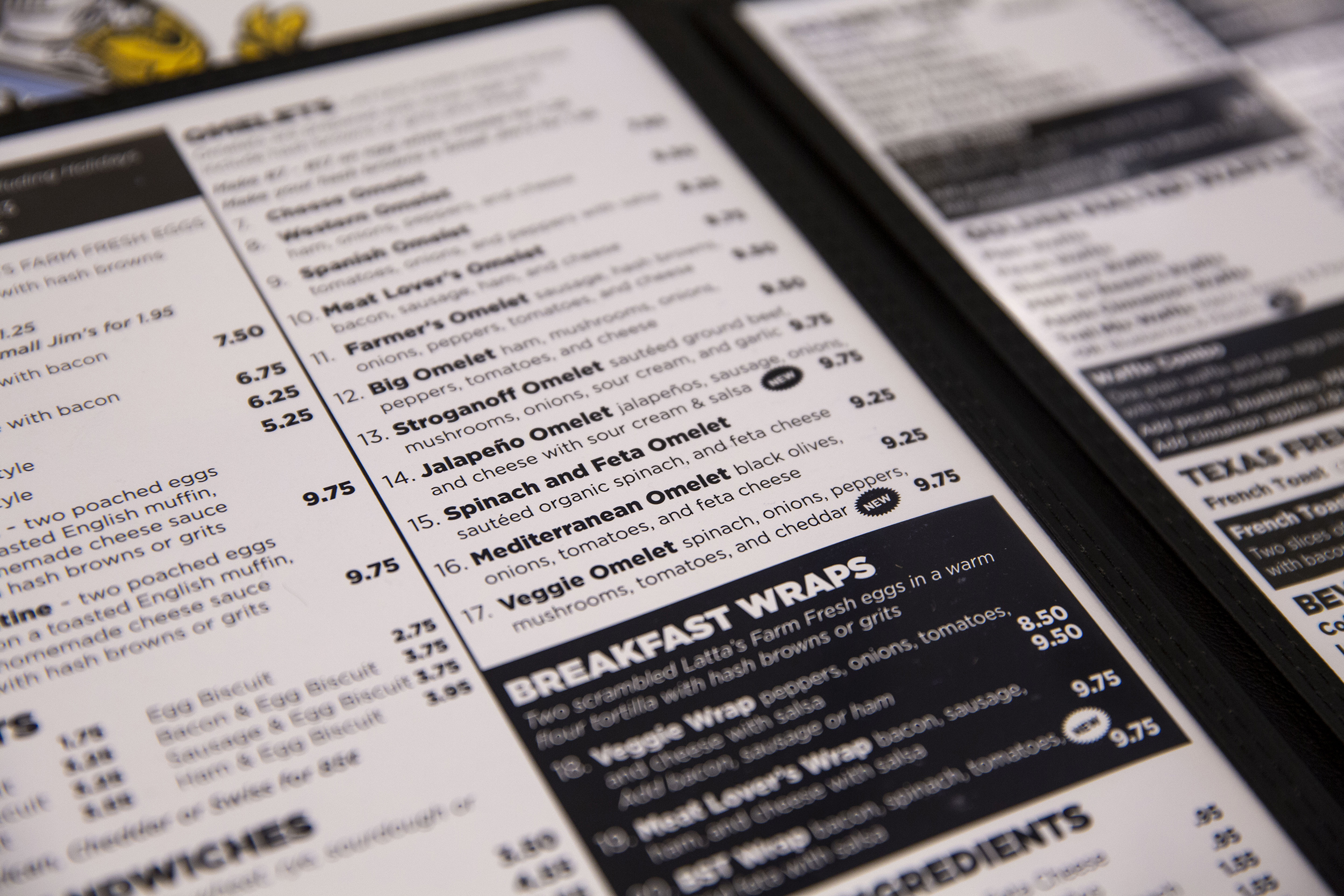 Ye Olde Waffle Shoppe offered a malted waffle for $1.10 and a plate of two pancakes for 75 cents. (Haley France ’20)

Ye Olde Waffle Shoppe offered a malted waffle for $1.10 and a plate of two pancakes for 75 cents. A glass of juice or milk set diners back 45 cents, a cuppa joe 35 cents. It became a Chapel Hill breakfast institution.

Though prices edged up over time, nothing else changed much — not the open kitchen layout or the decor or the menu — until last year, when the shop closed for a month to replace some water pipes in the century-old building. Peng added some omelets and breakfast wraps once it reopened.

Customers came back time and time again to recall special moments at the breakfast spot where they met, got engaged, celebrated birthdays and pregnancies or mourned the loss of a cherished loved one, Peng said.

After Thomas died in 1986, Chris and his wife, Linda, became sole owners. When Jimmy Chris died in 2012, running the restaurant became a mother-daughter venture.

After the pandemic restrictions hit the restaurant industry in the spring, Ye Olde received a federal Paycheck Protection Program loan aimed at mitigating the hardship. But once it became clear to Peng that the diner wouldn’t reopen, she gave the money back. The $7,000 donated to its GoFundMe campaign in April went to pay longtime employees who had been furloughed.

While Ye Olde Waffle Shoppe has joined the growing list of restaurants for which COVID-19 has proved fatal, once the pandemic recedes and students, residents and visitors are free to eat out again without restrictions and vigilance, the prime spot on East Franklin Street could give another restaurant a shot at creating a new trove of memories. The voicemail message on Ye Olde’s phone asks prospective commercial tenants to leave word.