Goodbye to Crook’s Corner and a Culinary Landmark 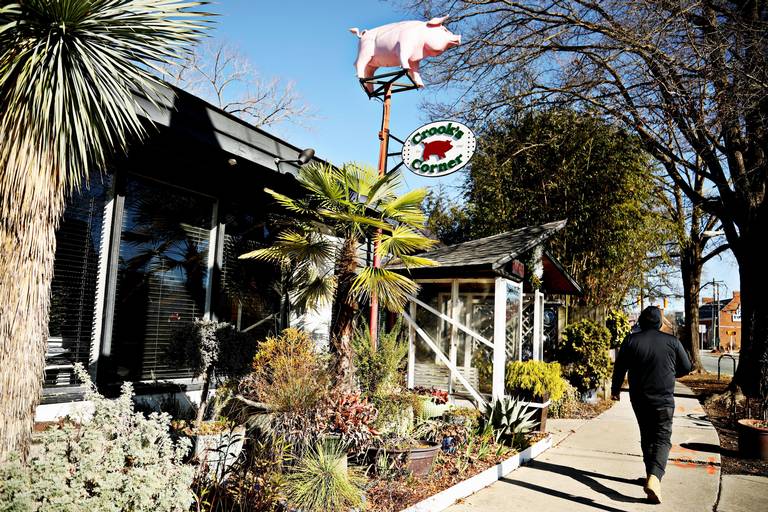 The iconic pink pig statue above Crook’s Corner was left over from the West Franklin Street building’s days as a barbecue and hot dog joint. (News & Observer photo/Juli Leonard)

Crook’s Corner came so close to surviving the pandemic.

The governor had lifted COVID-19 restrictions. Restaurants had begun welcoming diners back inside, and people hungry for a night out and a meal prepared by a professional came ready to spend. The dark times seemed past.

But not for Crook’s. Amid the optimism elsewhere downtown, the 40-year-old restaurant that became a hometown favorite and national culinary landmark locked up after dinner Tuesday night and the next afternoon announced it would not reopen. It had served its last platter of shrimp and grits, its last slice of Atlantic Beach pie.

Restaurateurs up and down Franklin Street lowered their hearts to half-staff.

“You hate to see Crook’s closing,” said Kyle Shea, general manager of Carolina Coffee Shop, the oldest restaurant downtown. “All of us restaurants were in this together. We had a Facebook group; we’d make suggestions about how to save cost without sacrificing quality. We worked together to get through this. I hate it that one of the places don’t make it, especially one with as much history as Crook’s.”

In 1982, Gene Hamer ’73 opened Crook’s with former La Residence chef Bill Neal running the kitchen in a ramshackle single-story place so far west on Franklin Street it almost crossed the line into Carrboro just around the curve. A couple years later, a review in The New York Times by legendary critic Craig Claiborne set Crook’s pin on the national map for epicureans. It became one of the most celebrated eateries in the South, somehow elevating comfort food to classy cuisine — in a building that had originally housed Rachel Crook’s fish and produce market and was topped with a pink pig sculpture left over from its days as a barbecue and hamburger joint. 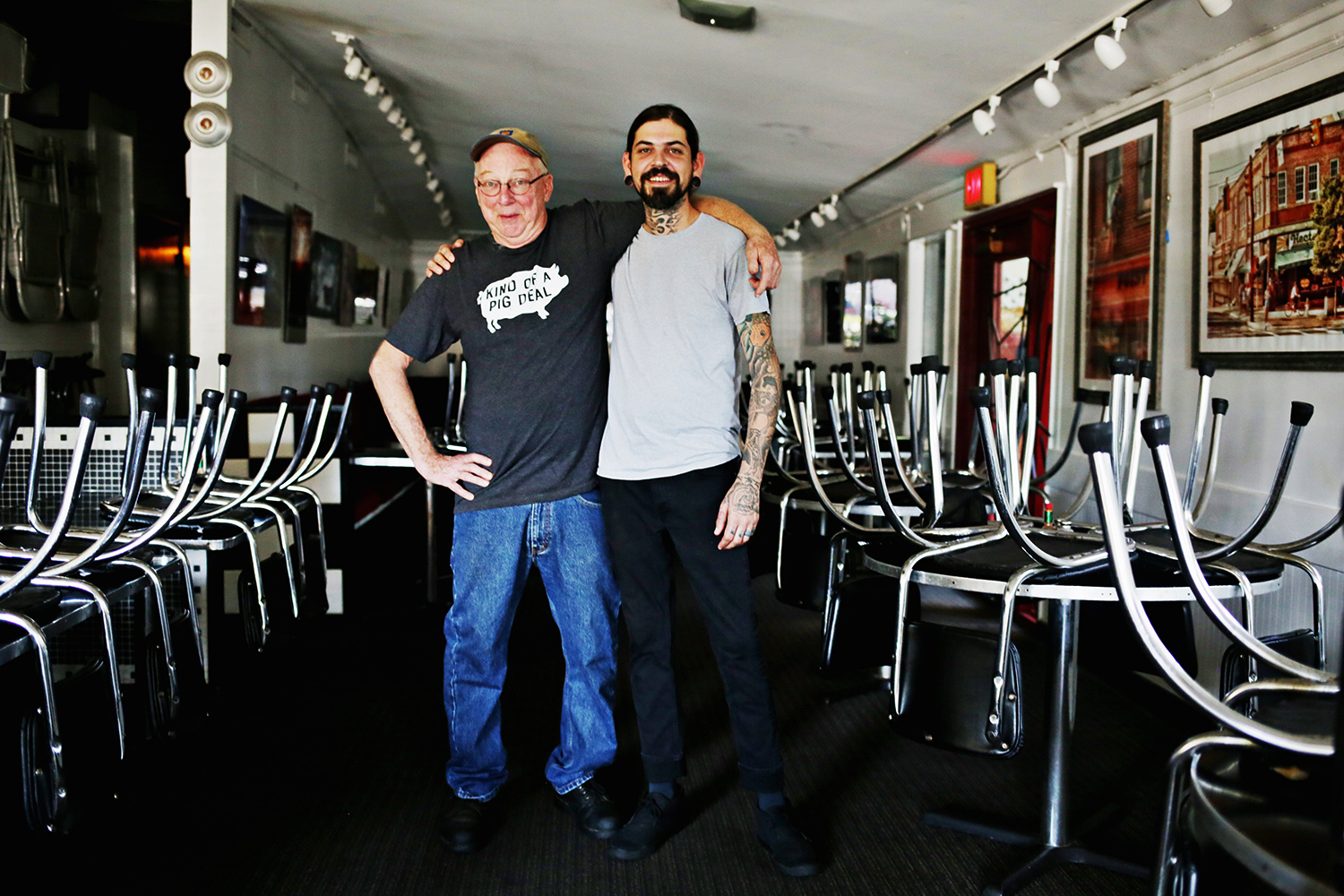 Before this week’s closing announcement, the last big change for Crook’s Corner was when longtime chef Bill Smith ’72 handed off the kitchen to Justin Burdett and retired in 2019. (News & Observer photo)

After Neal died in 1991, Hamer persuaded Bill Smith ’72, another chef from La Residence a few blocks away on West Rosemary Street, to helm the stoves at Crook’s. For more than 25 years, Smith infused its menu with his own flavor of New South cuisine, such as a seasonal honeysuckle sorbet.

In 2017, the building’s owner died, and the heirs agreed to sell it to a group of seasoned restaurateurs, including Gary Crunkleton ’96, owner of The Crunkleton cocktail bar up the street, and Shannon Healy, owner of Alley 26 bar and restaurant in Durham. Smith retired in 2019, passing his apron to Justin Burdett, named a “Chef on the Rise” by Food & Wine magazine.

Earlier this year, Carrie Schleiffer, executive chef of Alley 26, added Crook’s kitchen to her domain, and some of her signature dishes — chicken liver mousse and cornmeal fried oysters — appeared at Crook’s. In short order, her farro risotto with butternut squash, Brussels sprouts, mushrooms, arugula and parmesan had become a favorite as well.

On June 9, just before storm clouds pushed aside the sun on a sultry afternoon in Chapel Hill, Crook’s owners posted the announcement of the closing on Facebook.

“With an incredibly heavy heart I must share the news that we are closing,” the statement read in part. “The position we find ourselves in, exacerbated by the Covid-19 crisis is no longer tenable. … On behalf of generations of Crook’s Corner staff, we thank you for your many years of support.”

The statement acknowledged the memories of thousands of celebrations and “pivotal career moments for too many of us to count.”

“It has been an incredible honor to both serve our community in our place and serve [as] Chapel Hill’s culinary ambassador to the wider world.”