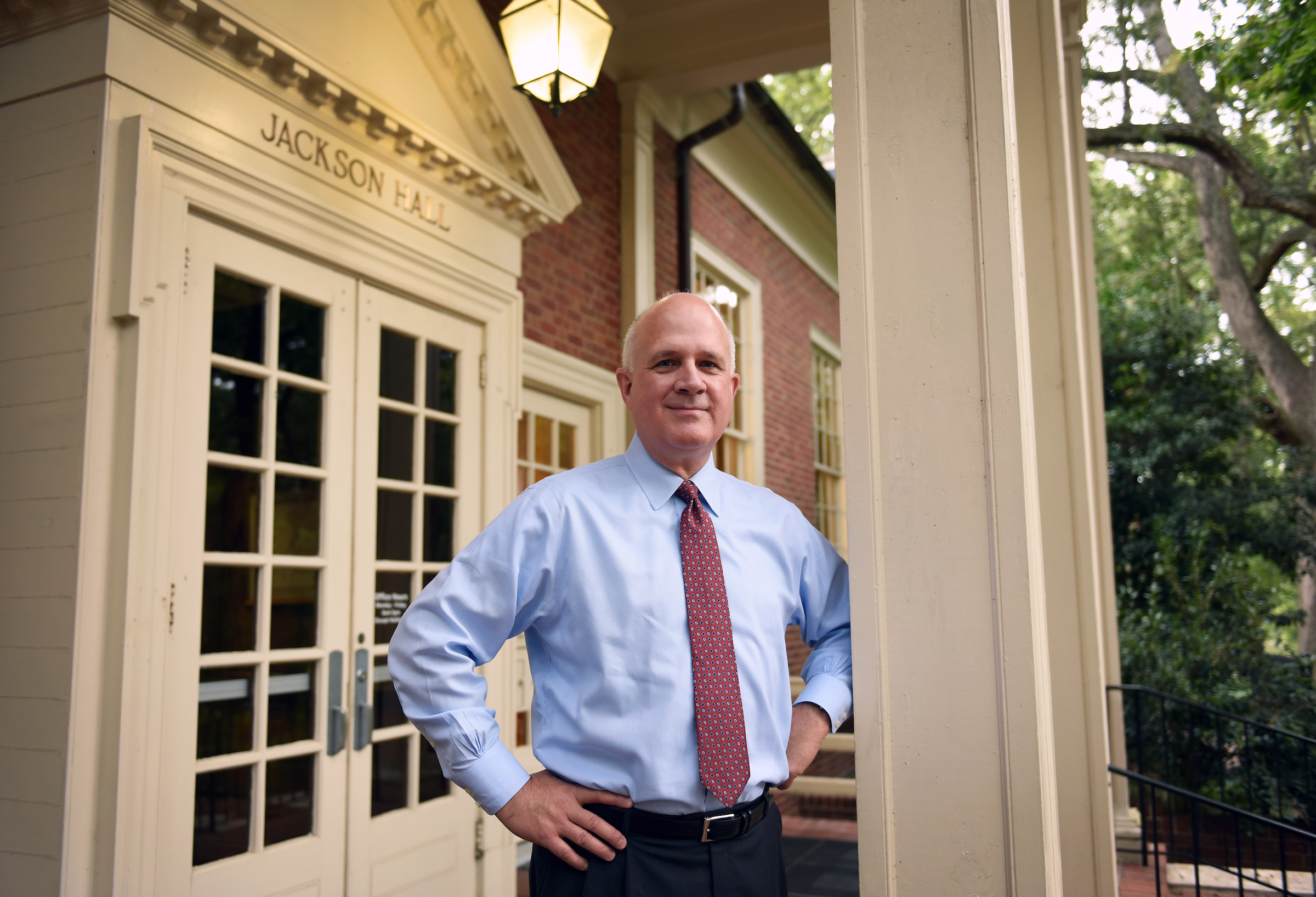 Steve Farmer, Carolina’s undergraduate admissions director since 2004, will leave at the end of the semester to become vice provost for enrollment at the University of Virginia.

Farmer came to Chapel Hill from Virginia in 2000 as senior associate director of admissions. He became vice provost for enrollment and undergraduate admissions in 2011.

Rachelle Feldman, associate provost and director of scholarships and student aid, arrived at Carolina from the University of California-Berkeley and will hold the vice provost position in the interim.

“Steve has distinguished himself as an invaluable member of our community, continuously seeking to expand the affordability and accessibility of Carolina while maintaining our standards of academic excellence and enriching thousands of lives in the process,” Chancellor Kevin Guskiewicz and Provost Robert Blouin wrote to the campus community.

“He led the team that recruited record numbers of applications for 14 consecutive years and evaluated each candidate in a deliberate and compassionate way, appreciating individual strengths, talents and contributions to the incoming class. As vice provost, he has been responsible for the offices of undergraduate admissions, scholarships and student aid and the University registrar.”

Farmer led several initiatives to put a Carolina education within the reach of more low- and middle-income families. He helped the University raise $179 million for scholarships and student aid, sustaining the Carolina Covenant, a groundbreaking program for academically qualified low-income students that offers a debt-free path to graduation through a combination of grants, scholarships and work-study jobs. To date, more than 8,200 scholars have come to Carolina through the Covenant program, which has led to dramatically improved graduation rates among the University’s lowest-income students. More recently, Farmer helped launch the Blue Sky Scholars program, which supports exceptionally qualified North Carolina students from middle-income backgrounds.

He founded the Carolina College Advising Corps, which places recent graduates in underserved high schools to reinforce the importance of a college education and guide them through the admissions process. The program now has 58 advisers serving 15,000 graduating seniors in 78 high schools across the state.

Farmer spearheaded the Carolina Student Transfer Excellence Program in partnership with the state’s community colleges to ensure UNC meets the needs of transfer students before they arrive. In recognition of these and other efforts, including the Carolina Covenant, in 2017 the University received the $1 million Cooke Prize for Equity in Educational Excellence.

Farmer was instrumental in efforts to strengthen equity in success for all students, first through Thrive@Carolina, a collaboration among various student success offices across campus, and more recently through an initiative to reimagine academic advising as part of the University’s strategic plan Carolina Next: Innovations for Public Good.

He holds an undergraduate degree from Duke University and a master’s from Virginia.

He received the Distinguished Service Medal from the General Alumni Association in 2017, and the University’s Massey Award for service in 2010.