People say that over time a university begins to resemble its admissions director. If so, Carolina couldn’t be luckier. 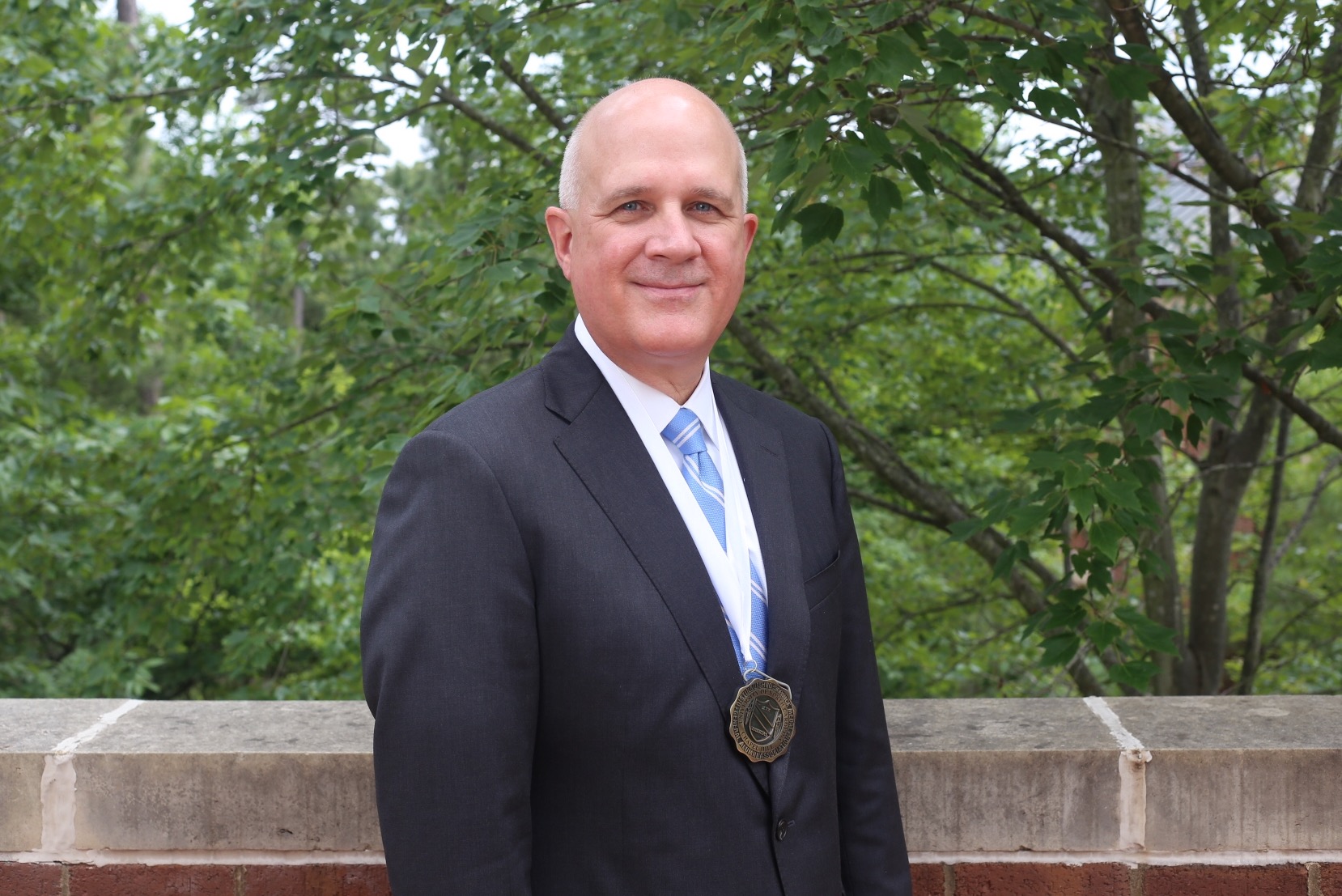 As vice provost for enrollment and undergraduate admissions, Steve Farmer leads the team that selects the students who compose the smart, talented, diverse student body that upholds Carolina’s reputation as a top-tier university. He works with colleagues across campus to ensure that the students who are offered admission can afford to attend and, once here, to thrive. He handles with grace and aplomb the pressures involved in balancing myriad requests and constraints: the out-of-state cap, legacies, athletes, development and politics. He extends opportunities to people who have earned them. And he says no every time it’s appropriate to do so.

He approaches admissions from the perspective of the first in his family to go to college. He graduated an A.B. Duke Scholar from Duke University and went on to earn a graduate degree from the University of Virginia, where he taught composition and worked in admissions.

Steve wants prospective students to find the option that will enable them to succeed. From the time he came to UNC in 2000 as senior associate director of admissions, he has acknowledged the vulnerability of students in the college search process. Largely through his efforts, UNC became one of the first universities to allow early-decision applications to be nonbinding.

He has founded two nationally recognized programs: Carolina College Advising Corps, which sends UNC alumni into underserved high schools to guide eligible students through the college admissions and financial aid process; and the Carolina Student Transfer Excellence Program, which smooths the path for community college students to transfer to Carolina.

Both programs have increased the diversity and academic excellence of the student body. Shortly after Steve was promoted to vice provost in 2004, Carolina went on an 11-year run of consecutive increases in applications. As a result, UNC has significantly more students who are the first in their family to go to college, more international students and more students of color.

Steve also was a key player in launching Thrive@Carolina, an initiative to boost graduation rates by coordinating student support services. He believes that getting in is not the point — that the experiences that come after enrollment open students and prepare them for their definition of success in life. Conversations early in his academic career about who should have access to a university sparked his interest in admissions. He considers it a privilege to hold a position in which he can find talent that others might have overlooked.

In 2010, Steve received the C. Knox Massey Distinguished Service Award, in part because of his work to achieve what he said in his keynote address on University Day last year: “All of us should be free to go as far as our minds and our hearts and our own hard work can carry us.”

Steve’s professional life sometimes puts him in situations that reveal both his backbone and his heart. He faces the myths about admissions — the joys, and the heartbreak — daily. When speaking with the parents of prospective students, he quietly elevates the level of civility among the group. He can bring people back to the moral center so gently they don’t even notice they’ve moved.

Thorough, composed and radiating integrity, Steve has earned a reputation as a classy professional. He doesn’t “tier” people, one colleague said. “When you’re with Steve, he’s with you.” Generous with his schedule, despite the many demands on him, he treats people with respect and thoughtfulness; students, in particular, find that empowering and contagious. A rock, not a rock star, Steve teaches students by his example that they don’t have to show off to do great things.

As this colleague noted, “You might talk with a thousand people who consider Steve their best friend.”

And they couldn’t be luckier.