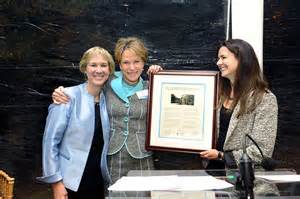 Whenever Carolina needs adult supervision, it turns to Julia Sprunt Grumbles ’75. She was outside a restaurant in Dallas, Texas, when she took a call from Holden Thorp ’86 asking her to step in temporarily as vice chancellor for University development. Julia and her husband, Bill, had made plans to spend a retirement year in the mountains, but Holden was so certain she’d say yes to Carolina that he didn’t have a Plan B if she turned him down.

His was a fairly safe bet. Julia has never refused when Carolina calls.

During the Carolina First Campaign, she co-chaired the Women’s Leadership Council. She served on the executive committee of the UNC Health Care board and the Lineberger Comprehensive Cancer Center board of visitors. She still chairs the advisory board for the Institute for the Arts and Humanities, belongs to the Chancellor’s Innovation Circle and, until this year, taught an introduction to entrepreneurship course. She has an especially strong commitment to helping women realize their full potential. She mentors women, informally giving guidance to students as they begin their careers and through a Bible study for Carolina seniors she leads in her home; and more formally, she works with women who have gotten off track, through her involvement with the Horizons program for recovering addicts.

All of this is on top of a successful and demanding career with Turner Broadcasting in Atlanta, where she was corporate vice president of human resources, public relations and marketing resources.

Born and raised in Memphis, and educated in a private girls school, Julia applied to Carolina, the alma mater of her grandfather and uncle, sight unseen. UNC opened worlds for her. She credits Carolina for helping her see the strength and value of differences — of opinions, cultures and personalities.

Known to bike around campus wearing kitten heels, she adapted quickly to academic hierarchy after a career in corporate culture, said Diane Frazier ’74, UNC’s director of major gifts. “Few people understand how many people are pulling on her from all directions all the time,’ Diane said. “She understands the complexity of how many people need to be involved and what she can push for.”

She’s not afraid to make decisions. Bill Roper, dean of UNC’s medical school, discovered that as he got to know her during her service on an advisory board and through her development work.

Bill said, “Julia is remarkably direct and plain-spoken for a Southern belle.”

Her sense of humor popped up, as it does frequently, when she was approached for a naming opportunity during the renovation of Memorial Hall. She chose to name a ladies room in honor of her sister.

Julia and Bill retired from Turner Broadcasting together a few years back, and after 30 years in Atlanta, she was happy to stay. Not so, her husband. He had an idea for a business school course he wanted to teach. Her first reaction was, “It had better be at Emory.” When he said, “How about Chapel Hill?” she answered, “Now, you’re talking.”

This past year has been Julia’s fallow year, a time to simplify her schedule and rejuvenate before she decides what’s next. Still, her commitment to the University remains constant, because of the ways its students are changing the world.

“These are our next leaders and thinkers,” she said. “They’re curing diseases, impacting the state and the world for the better in so many ways. It’s incredibly rewarding and exciting to be a small part of that.”