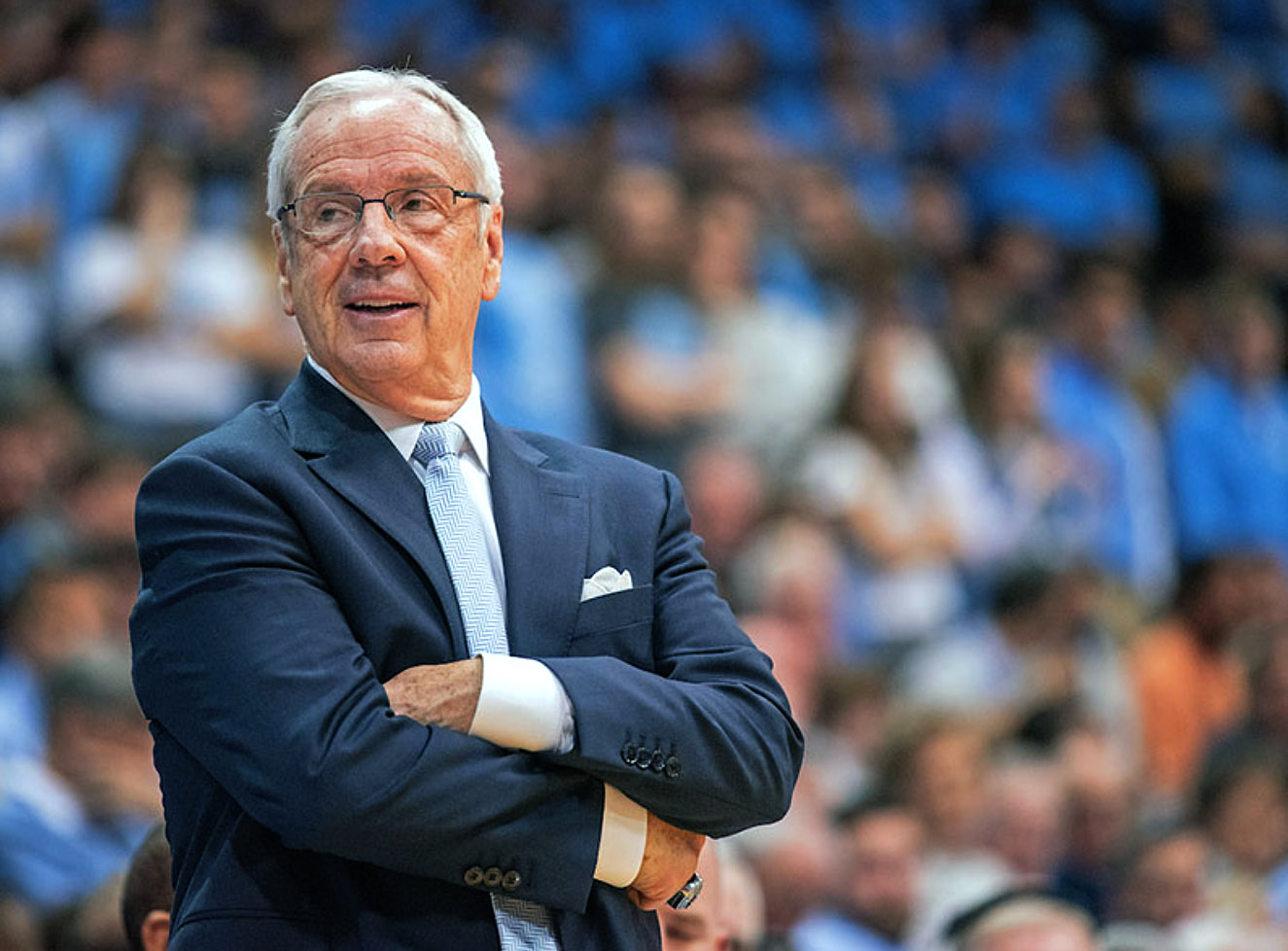 The Williamses dedicated $1.5 million to the Carolina Covenant, $1 million to Carolina athletics to endow a scholarship in men’s basketball and $500,000 to the Chancellor’s Science Scholars program. (UNC photo)

Carolina basketball fans notice every move head coach Roy Williams ’72 (’73 MAT) makes — from donning retro Air Jordans in a game against Duke to uttering his latest “Roy-ism” to dancing in the locker room after a hard-won victory.

But Williams’ followers may not know about the many donations he and Wanda Williams ’72 have made to scholarship programs and nonrevenue sports over the years. That includes the couple’s $600,000 gift that funded scholarships for spring sports seniors whose seasons were cut short by the pandemic.

For the most part, the Williamses have preferred to keep their philanthropic endeavors quiet, to support without fanfare the people and programs they hold dear. Now, to meet the urgency of the moment, they have made their largest one-time gift to Carolina: $3 million to support scholarships for athletes, Carolina Covenant Scholars and Chancellor’s Science Scholars. And this time, they agreed that announcing the news of their gift might inspire others to help, too.

“The whole world is in a tough situation right now — financially, health-wise, everything you can think about,” Roy Williams said. “And we are in a position to be able to do something about it. It just seemed like it was the right idea at the right time. We hope others might be encouraged to do some things as well.”

The Williamses dedicated $1.5 million to the Carolina Covenant, $1 million to Carolina athletics to endow a scholarship in men’s basketball and $500,000 to the Chancellor’s Science Scholars program.

“Roy and Wanda Williams have always had a passion for Carolina, and in particular, for our students,” Chancellor Kevin Guskiewicz said. “With this extremely generous and timely contribution to three areas of scholarships, they are going above and beyond to provide opportunities for our students. We are grateful for their gift and the impact it will have on the Carolina community for generations of students to come.”

With this gift, the Williamses have given more than $5.8 million to Carolina in the 18 years Williams has been head coach of the Tar Heels. Their investment stems from personal connections and their desire to ensure a high-quality education at Carolina remains in students’ reach.

“We realized that there were a lot of things that the University was trying to do that they weren’t going to be able to do if somebody didn’t step up and provide some funds to do that,” Wanda Williams said. “We started looking at what we might do in the future, what we might spread over a few years, and we thought right now is when they need it.”

The Williamses have supported the Carolina Covenant since its inception almost two decades ago, including serving as honorary co-chairs of the campaign to endow the Covenant. The program provides eligible low-income scholars a debt-free path to graduation through a combination of scholarships, grants and work-study. Since the first class enrolled in 2004, the Covenant has supported more than 8,900 students.

“The Carolina Covenant is near and dear to our hearts,” said Wanda Williams, who taught high school English for several years after graduating from UNC. “When Roy came to school here, his mother handed him $100 and said, ‘Have fun.’ If he had been going to school now, he would have been a Carolina Covenant Scholar.”

The Williams’ personal connection to UNC athletics is more obvious.

“I’ve been on the basketball court 47 years — this is year 48. I’ve been head coach here for 18 years, 10 years as an assistant coach, five years as a student,” he said. “This is home and the place where we grew up. It’s a place in our hearts, and it’s a place about the people. The youngsters on my team have been the kind of young people that we always want to support.”

And when he says, “the youngsters on my team,” the three-time NCAA champion head coach means the whole team, from the most highly recruited player to the last one in the game. Every role makes the team better. It was Wanda Williams’ idea, however, to endow a scholarship for the 13th man, the last player receiving a scholarship on the team.

“When Roy played ball here, he was on the freshman team. It was actually a huge deal that he made that team, but there were so many freshman players that year and some really good walk-ons that he never got a chance to play varsity. He never got that particular invitation, but he would have been the last man on the bench.”

The Williamses’ son, Scott Williams ’99, did get that invitation as a walk-on at the end of the bench during his tenure at Carolina, on teams that included All-Americans Antawn Jamison ’99 and Vince Carter ’99. The Williamses want to ensure opportunities like these stay in place.

The Williamses were driven to support the Chancellor’s Science Scholars program at a time when science is so important to the future.

“The lack of diversity in the science world is something we want to address here at UNC,” Roy Williams said. “Encouraging more students to get involved in science programs, I think, is something that will help us all in the future.”

The Chancellor’s Science Scholars program, housed in the College of Arts and Sciences, offers academic scholarships to encourage talented students to explore their interests in science, technology, engineering and math, ultimately strengthening the STEM workforce through diversity.

The program supports students of all backgrounds. As a result, the retention rate for the scholars pursuing degrees in STEM is 90 percent. These scholars have higher GPAs on average than their peers, and all participate in cutting-edge research at Carolina and beyond.

The Williamses’ gift to the science scholars program will be further amplified by a $250,000 match from the William R. Kenan Jr. Charitable Trust, which set up a challenge match for all gifts to the program.

“Anything we can do to help students through these programs is a great deal. And it’s something we encourage people to be involved with,” the coach said. “Just imagine what it would be like if you don’t think you can go to The University of North Carolina and now, all of a sudden, you can. Then imagine the feeling that you would have, being able to help people like that.”