The University is joining forces with two of the world’s premier universities to advance research, education and practice in pharmacy and the pharmaceutical sciences.

The newly minted Pharmacy Alliance brings together UNC’s Eshelman School of Pharmacy and the pharmacy programs at Monash University in Melbourne, Australia, and University College London in England. The partners aspire to transform education, pursue new research ventures and enhance professional practice in pharmacy and the pharmaceutical sciences.

“These are the premier programs of their kind on three continents,” said Robert Blouin, dean of UNC’s pharmacy school. “This strategic partnership gives our three institutions access to resources, talents and opportunities that no one school in one country could possess alone.” 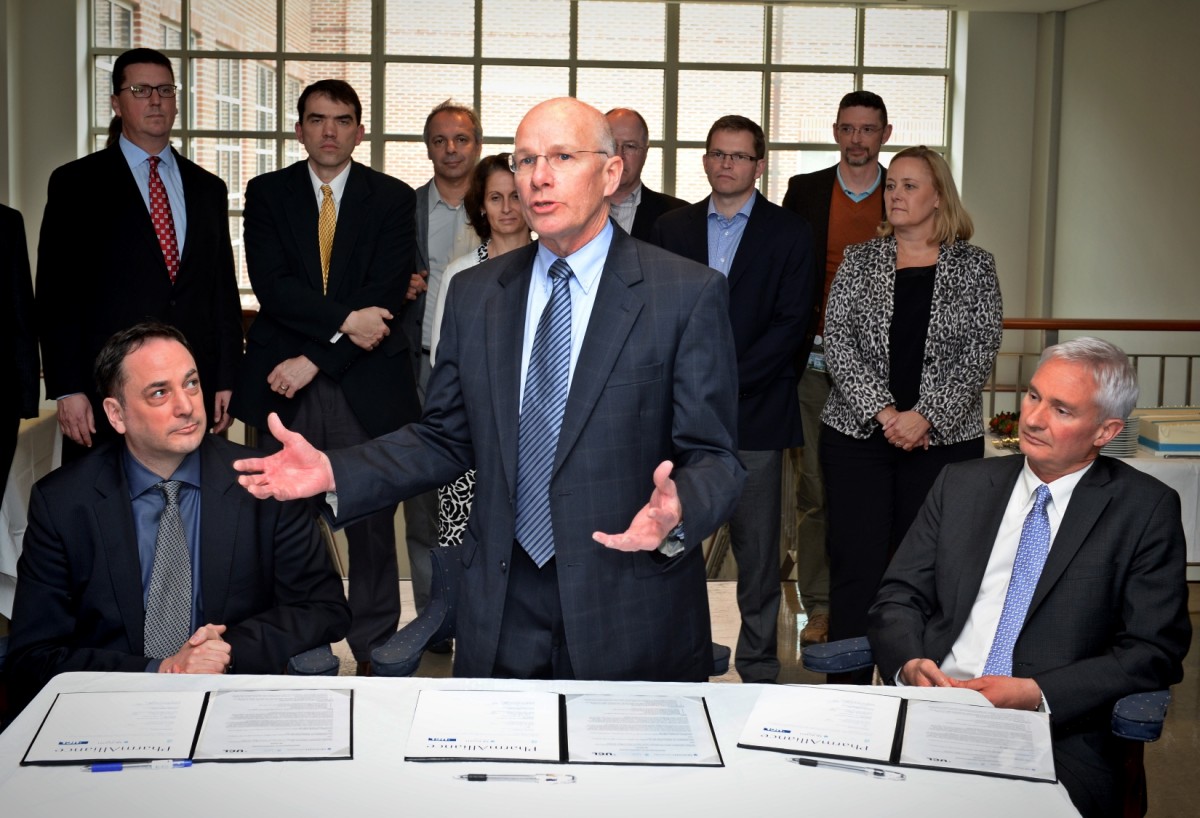 Each school will contribute up to $500,000 initially to fund proposals for collaborations among faculty, staff and students at the three universities.

The schools expect new research collaborations to enable scientists to more effectively and more rapidly address major international issues in the fields of drug discovery, nanomedicine development and nanotechnology. These partnerships will have the opportunity to tap research funds in each nation reserved for international partnerships.

Bill Charman, dean of the Faculty of Pharmacy and Pharmaceutical Sciences at Monash University, said the alliance would specifically address the big issues in the field — those that cannot be addressed by one institution alone.

Monash is Australia’s largest university and is ranked in the top 100 world universities by the Times Higher Education. The Faculty of Pharmacy and Pharmaceutical Sciences is Australia’s oldest pharmacy school and is ranked No. 1 in the Asia-Pacific and top 10 worldwide for pharmacy and pharmacology, according to the 2014 QS World University Rankings. The Faculty also is home to Australia’s largest pharmaceutical sciences research program in translational drug discovery, drug delivery and drug development.

Founded in 1826, University College London was the first English university established after Oxford and Cambridge; the first to admit students regardless of race, class, religion or gender; and the first to provide systematic teaching of law, architecture and medicine. It is one of the world’s top universities as reflected by its performance in a range of international rankings and tables. UCL’s School of Pharmacy was founded in 1842 as the educational wing of the Royal Pharmaceutical Society and has a long and illustrious history of research, teaching and professional engagement. The school became part of UCL in 2012 and remains one of the most highly ranked pharmacy schools in the world.