The class of 2020 finally got some closure on their undergraduate college careers with a Commencement delayed 75 weeks by a global pandemic but made possible partly by a vaccine Tar Heel researchers helped develop.... 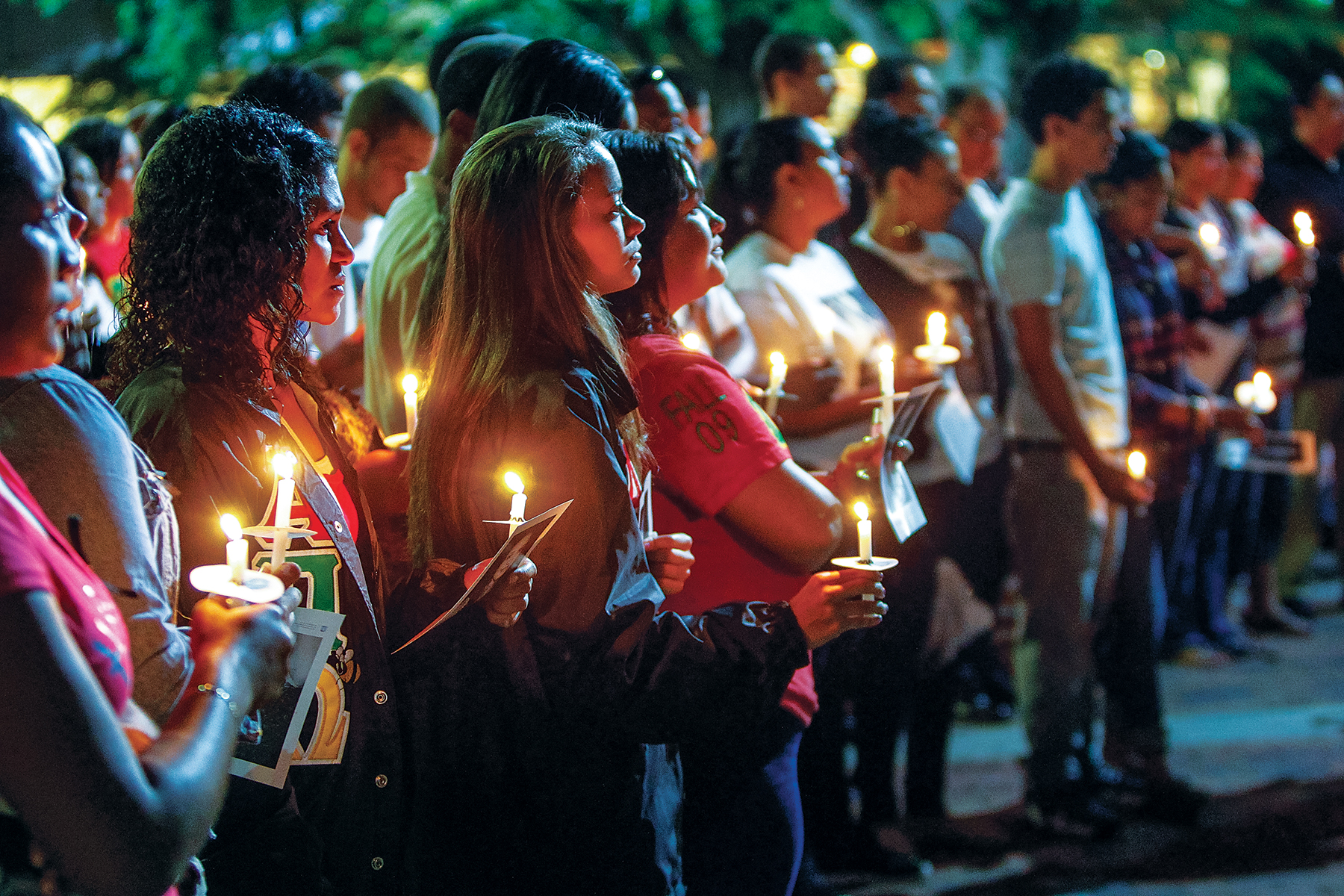 Hundreds of Carolina students gathered on the evening of Sept. 10, 2012, in the Pit to mourn the death of Faith Danielle Hedgepeth ’14, a 19-year-old junior found slain in her apartment on Sept. 7. (N&O photo/Travis Long)

Police have charged a suspect in the 2012 beating death of UNC student Faith Danielle Hedgepeth ’14.

Chapel Hill Police, working with the State Bureau of Investigation, arrested Miguel Enrique Salguero-Olivares, 28, of Durham on Thursday morning and charged him with first-degree murder. He was being held without bail in the Durham County Detention Facility. He made a first court appearance by remote video Friday morning and was assigned a public defender. 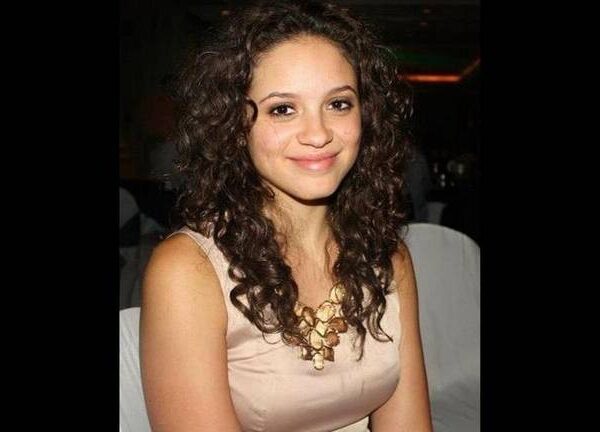 Part of the Haliwa-Saponi American Indian Tribe in Warren and Halifax counties, Faith Hedgepeth was just beginning her junior year at UNC and wanted to become a pediatrician and return to serve her community.

Hedgepeth was found dead in a friend’s apartment near the Durham-Chapel Hill border the morning of Sept. 7, 2012, and Chapel Hill police have been working with the SBI and other agencies on the investigation since then.

Chapel Hill police have closely guarded information about the case over the years, even getting a judge to seal investigation records. But occasionally they told more about what they had learned in efforts to prompt anyone who might know more to come forward.

They reported in early 2013 that Hedgepeth and her roommate had been at a local nightclub, The Thrill, in the early hours of Sept. 7. They said Hedgepeth was last known to be alive at about 3 a.m. at the apartment when the roommate had left. The roommate  returned at 11 a.m. and found Hedgepeth dead.

An autopsy report released in 2014 said Hedgepeth died from blunt-force trauma to her head, the weapon a Bacardi Peach Rum bottle believed to have come from the apartment’s kitchen.

DNA evidence taken by FBI investigators in early 2013 indicated police had a suspect — a male who was familiar with Hedgepeth, was unaccounted for around the time of the killing and may have made comments about her to associates. While the evidence provided some leads, Chapel Hill police said at the time more analysis needed to be completed.

In 2016, police released nationwide on ABC’s 20/20 a composite sketch of what a suspect might look like based on DNA evidence. The drawing of a face by Parabon NanoLabs of Reston, Va., showed a Latino man, with a complexion of olive skin, brown or hazel eyes and black hair. The age, 25, and body mass index of 22 depicted were default characteristics used when actual information was not available, police said then.

N.C. Attorney General Josh Stein said during Thursday’s news conference that the arrest came after SBI and Chapel Hill police submitted a DNA sample to the State Crime Lab that matched DNA found at Hedgepeth’s apartment. He said 229 samples had been analyzed to rule out suspects and a match was made on Wednesday.

Police said at the news conference that DNA evidence had led to the arrest of the suspect but would not say how he and Hedgepeth might have been connected. Assistant Chief of Police Celisa Lehew, who has led the investigation of the case for six years, said that Salguero-Olivares was not a person of interest at the beginning of the investigation. Police also declined to comment when asked whether the suspect might face sexual assault charges.

After news spread of Hedgepeth’s death in 2012, hundreds of students gathered in the Pit at the heart of Carolina’s campus for a candlelight vigil to mourn her.

Part of the Haliwa-Saponi American Indian Tribe in Warren and Halifax counties, Hedgepeth was just beginning her junior year at UNC and wanted to become a pediatrician and return to serve her community. On campus, she had been involved with Unheard Voices, an a cappella group; Carolina Indian Circle; and Alpha Pi Omega sorority. She received a Gates Millennium Scholarship and an Alston-Pleasants Scholarship to attend UNC.

In a statement emailed to the campus community after the arrest, Chancellor Kevin Guskiewicz and Board of Trustees Chair David Boliek Jr. ’90 said Hedgepeth’s “tragic death shook our community to its core, and we continue to feel the impact of her incredible spirit today. Today, our hearts and prayers are with Faith’s family and loved ones as we continue honoring her life and memory.”

Hedgepeth’s mother, Connie Hedgepeth, said at the news conference that when police told her of the arrest Thursday morning, “I didn’t do anything but cry and thank God and praise God, because I put it in his hands, and it was his timing.”

Faith’s father, Roland Hedgepeth ’77, said that when police called him, “my mind … I went right back to September 2012. It’s been a long nine years and nine days. I want to thank God for allowing me to stay alive to see this day.”

Even with an arrest, police said their investigation will continue until the case reaches court.

“Our agency has been committed to bringing justice to Faith and her family since the day of her murder,” Chapel Hill Police Chief Chris Blue ’90 said in a statement released by his department. “While today’s arrest will not bring Faith back, we are not yet done getting answers for Faith’s family. Today’s announcement marks the next phase of this investigation and we will, again, commit to preserving the integrity of this case with everything we’ve got.”

“There hasn’t been a day that’s gone by that I haven’t thought about Faith or how to get this case to the conclusion she and her family deserve; there are many people within our department and our agency partners who feel the same way,” Lehew said in the police department statement. “While Faith’s family has been waiting for this day for nine years and nine days, I am sure it is going to renew painful emotions. Our thoughts are with all of Faith’s family and friends, and we will continue to support you in this difficult time.”

Connie Hedgepeth said she hoped final resolution of the case would come quickly.

“I’m praying and asking God to please, let it not be too long, and everything will be revealed that happened that morning of Faith’s death,” she said.