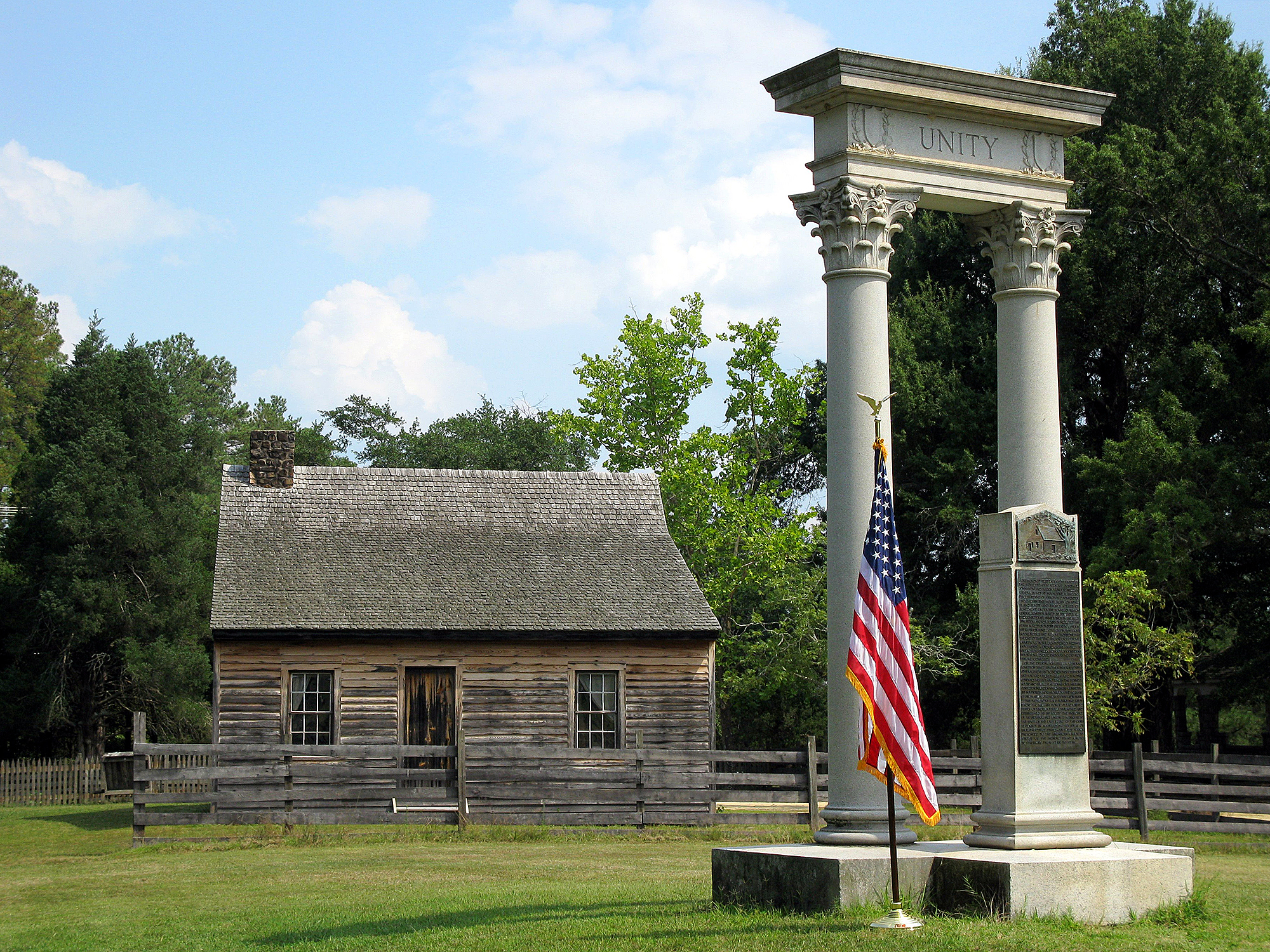 The survey report includes a suggestion that the monument be moved to Bennett Place, a state historic site in Durham. (Photo courtesy of Bennett Place State Historic Site)

Thirty-seven percent of the respondents to a survey of UNC’s faculty and staff on the disposition of the Silent Sam statue believe it should be relocated off campus. Only 3 percent favor returning it to its original location in McCorkle Place.

The report of the September survey by Kevin Guskiewicz, dean of the College of Arts and Sciences, includes a suggestion that the monument be moved to Bennett Place, a state historic site in Durham where the Civil War surrender papers were signed for the Carolinas and other parts of the South.

The survey of all 2,060 faculty and staff in the college drew a 19 percent response; the college acknowledged that it was not a scientific survey.

UNC has until Dec. 3 to present a preservation plan for the monument to the UNC System Board of Governors. Chancellor Carol L. Folt said she and the trustees would consider all options for placing the monument on campus in a place of prominence — and she has made it clear she believes it should not be returned to its original site in McCorkle Place.

The survey asked what should be done with the statue, “knowing what you do now about the history of Silent Sam and what this statue represents to different people.”

Students and others in the Chapel Hill community have said they are insulted by its presence — what they call a symbol of the Confederacy’s loyalty to the institution of slavery — some adding that they didn’t feel safe when counterprotesters come to the campus.

Others see the monument as a tribute to those who fought for their homeland in the Civil War, perhaps without regard to the slavery issue. Many have said that removing the statue would be detrimental to the understanding of history.

In his report on the survey to Folt in October, Guskiewicz said the college’s leadership team had concluded that “tolerating the continued presence of Silent Sam on our campus serves to elevate honoring the past over respecting the faculty, staff and students of today and their efforts to shape a more humane and inclusive future.”

“Of the many suggestions offered up by our faculty, we believe that relocating it to Bennett Place, a state historic site and significant landmark in Civil War history, would be an appropriate destination for a Confederate monument. While we recognize that this issue is complicated, the monument has become a distraction that stands to jeopardize our continued status as one of the nation’s premier public research universities. We do not support the return of Silent Sam to our campus.”