One of the lingering questions from the Silent Sam saga — how officials of the...

The return of $2.5 million given to the Sons of Confederate Veterans before the Silent...

A judge has thrown out the settlement that made $2.5 million of Carolina’s money available... 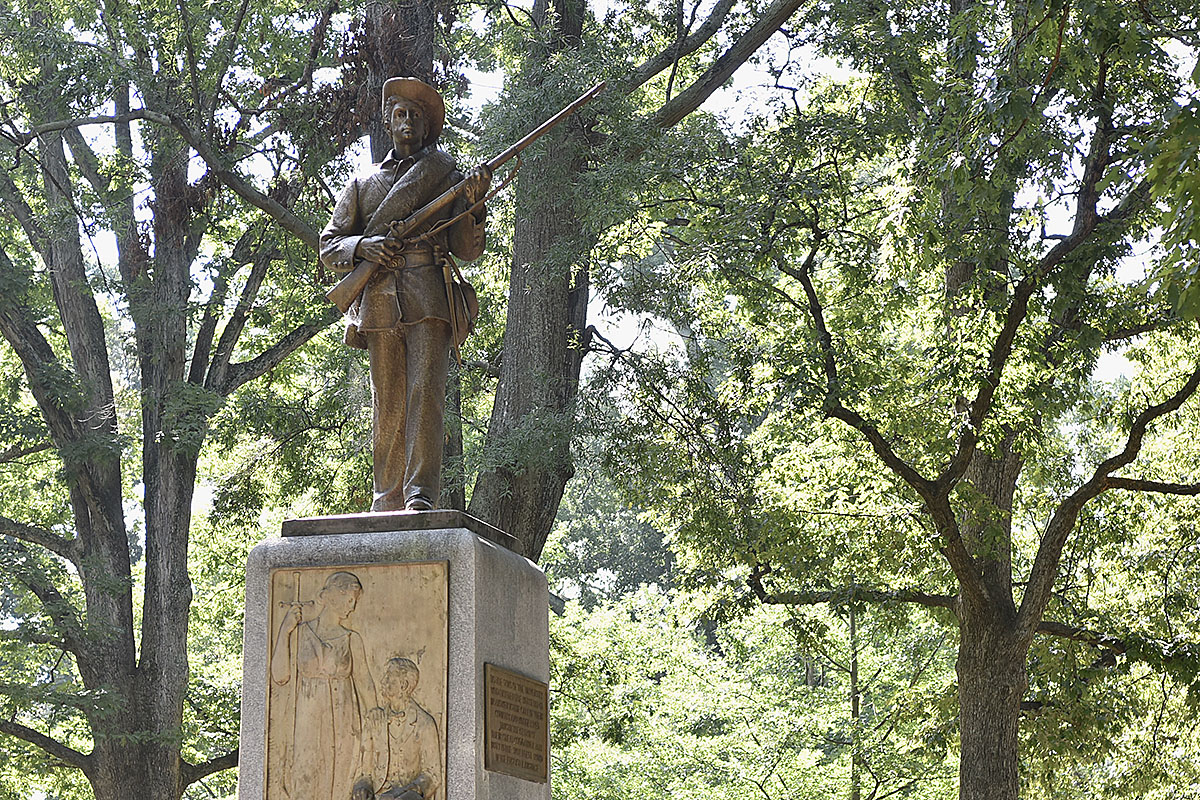 The matter of the statue’s ultimate disposition is back in the hands of the system Board of Governors. (File photo)

The Sons of Confederate Veterans have 45 days to return the Confederate monument known as Silent Sam to the custody of the state university system. The trust set up to make $2.5 million of Carolina’s money available to the Confederate group to relocate the monument will be dissolved.

The judge who one week ago threw out a settlement of the Sons of Confederate Veterans’ lawsuit against the system filed his written order Thursday. The matter of the statue’s ultimate disposition is back in the hands of the system Board of Governors.

Hanging over the board’s decision is a state law enacted in 2015 that prohibits removal of public monuments such as Silent Sam. To what degree safety concerns could factor into any attempt to return the statue to the Chapel Hill campus is another open question.

The money, which was provided by Chapel Hill at the Board of Governors’ direction, was ordered to be returned within 10 days along with an accounting of any already spent. A lawyer for the Confederate group told the judge last week that $52,000 already had been spent on his fees.

Not mentioned in last week’s hearing or in the order was $74,999 the UNC System ordered the Chapel Hill campus to pay to the Confederate group in addition to the $2.5 million for the statue’s maintenance. That money was paid to the Sons of Confederate Veterans in return for the group’s agreement that it would not “seek to hold, sanction, sponsor, or otherwise hold a meeting, ceremony, or other group event” on any UNC System campus for a five-year period.

Allen Baddour Jr. ’93 (’97 JD), the resident Superior Court judge for Orange County, determined that the Sons of Confederate Veterans had no standing to sue.

The issue revolved around whether the United Daughters of the Confederacy, from which the Sons of Confederate Veterans ostensibly obtained ownership of the statue last year, ever actually owned it. The United Daughters of the Confederacy initiated the statue’s creation and its erection in 1913 in McCorkle Place on UNC’s front lawn, but according to historical documents, it did not raise more than about one-third of the funds and never held ownership papers. The University, according to the documents, undertook a campaign that raised most of the money.

The Sons of Confederate Veterans, Baddour wrote, “has failed to establish that the unincorporated association ever owned the statue. Even if ownership was established, the plaintiff has failed to establish that the transfer of the statue to the defendants was anything other than a gift, or that the unincorporated association otherwise retained any rights in the statue after it was placed on the campus of UNC-CH.”

Further, he wrote, “There is insufficient evidence to establish that the modern UDC that assigned rights to plaintiff in this case was in fact the successor organization to the unincorporated association in existence in 1913.”

At the regular meeting of the Board of Governors on Friday, Chair Randy Ramsey, disappointed with the decision, said the board would focus on other issues and deal with the statue “in due course.” At that meeting, Dr. William Roper vowed that Silent Sam would not return to the Chapel Hill campus — Roper’s time as interim president of the system is scheduled to end in June.

The monument was pulled off its pedestal by protesters in August 2018, and the pedestal was ordered removed from McCorkle Place by order of the University’s chancellor the following January.

In early 2019, five members of the Board of Governors were tasked to work with the University to find a solution for the monument that would be safe and compliant with the law.

BOG members negotiated the future of the statue with the Confederate group, which had filed a suit claiming its legal right to it. Before the suit became public, Baddour filed a consent judgment giving the monument to the group and ordering the $2.5 million payment.

The Sons of Confederate Veterans took possession of the statue in November.

Baddour held last week’s session to hear from all parties — the Sons of Confederate Veterans and UNC System lawyers, a lawyer for a civil rights firm that represented five students and a faculty member who had sued to overturn the decision, and another who stood for 88 alumni who had filed a brief asking that the settlement be vacated.

The alumni group based its case on research by Cecilia Moore ’13 (PhD), who before her retirement last fall was the University’s historian, that showed that the United Daughters of the Confederacy never owned the monument — that UNC always had owned it.

According to documents Moore found in UNC’s archives, the United Daughters of the Confederacy initiated the statue’s creation and its erection but did not raise more than about one-third of the funds and never held ownership papers. The University, according to the documents, undertook a campaign that raised most of the money.