Ralph Baric was finishing his postdoctoral work in microbiology in the early 1980s just as the HIV epidemic was emerging. That might have been a logical direction for his research, but something else caught his...

Next Research Launch: Carolina’s Own Satellite

Spring break 2021 could be out of this world for a handful of Tar Heels. That’s when Assistant Professor Andrew Mann hopes to launch his own satellite, called a CubeSat, into low-Earth orbit. Small enough... 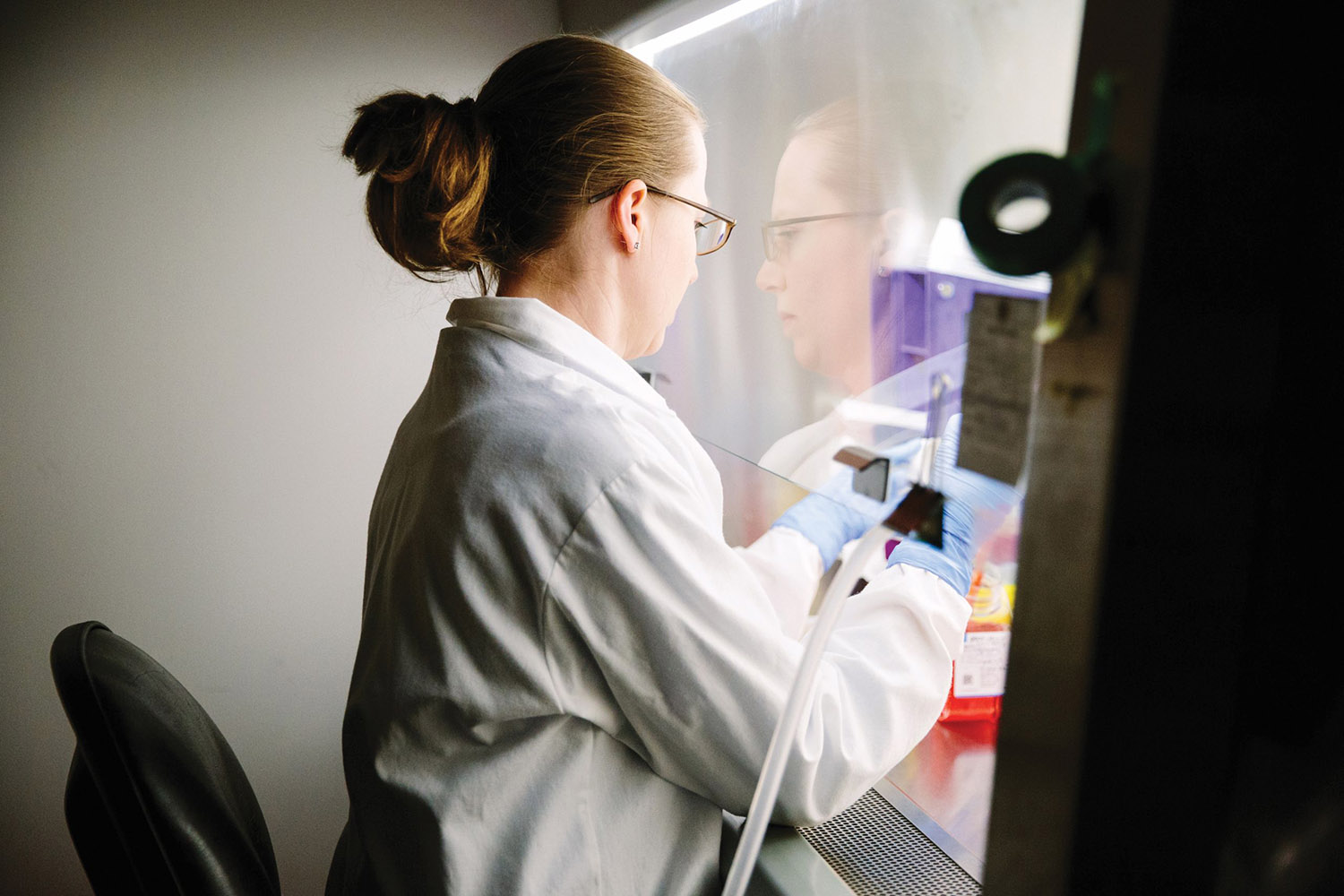 Research expenditures at UNC have more than doubled over the past decade. (Photo by Anna Routh Barzin ’07)

For the first time, the University’s annual research expenditures have surpassed $1 billion, $632 million of which are sponsored by federal government agencies, notably the National Institutes of Health.

Research expenditures at UNC have more than doubled over the past decade. In fiscal year 2010, Carolina broke into the top 10 institutions for federal research expenditures, and since then it has retained its position as the largest beneficiary in North Carolina of federal investments in research.

“The sustained growth we have seen in our research enterprise since 2013 is a tribute to the excellence and dedication of the faculty, students and staff who are the heart of Carolina’s research and training programs,” said Chancellor Carol L. Folt. “Thanks to their concerted and sustained work and their efforts to increase and strengthen outside partnerships, Carolina has become one of the nation’s most powerful economic engines, known for teams of researchers who take on the toughest, most complex challenges of our times. By building upon this foundation of excellence, nurturing the culture of collaboration and innovation that our researchers have created and investing in areas of opportunity and need, we can ensure research thrives here and amazing discoveries can move quickly to practical applications that benefit our state, nation and world.”

Terry Magnuson, vice chancellor for research, noted: “This news further confirms what we all know — that UNC’s commitment to research continues to yield huge dividends for North Carolina. Our researchers save and improve lives in our state by discovering new treatments and cures for diseases and by making groundbreaking advances in both basic and applied science every year.”

The survey reported that UNC expended $1,045,338,000 on R&D activity of all types in fiscal year 2016. “Roughly 90 percent of UNC’s research awards come from sources outside the state,” Magnuson said. “They represent new dollars in North Carolina’s economy each year. Much of this revenue comes from federal science agencies. State research universities like UNC represent an important way we bring federal tax dollars back to North Carolina and put them to work growing our economy.”

According to University officials, UNC’s research funding directly supports the salaries of more than 10,000 North Carolinians across the state and has led to the start-up of more than 300 private businesses that employ an additional 8,000 workers in North Carolina. The latest survey results show that industry funding for UNC research jumped 16 percent from 2015 to 2016.

The National Science Foundation computes these national rankings annually as part of its Higher Education Research and Development survey. The process evaluates hundreds of U.S. colleges and universities using a uniform methodology developed by the NSF to establish the amount of university spending on research and development. Federal research agencies, private industry and foundations fund the vast majority of research spending.