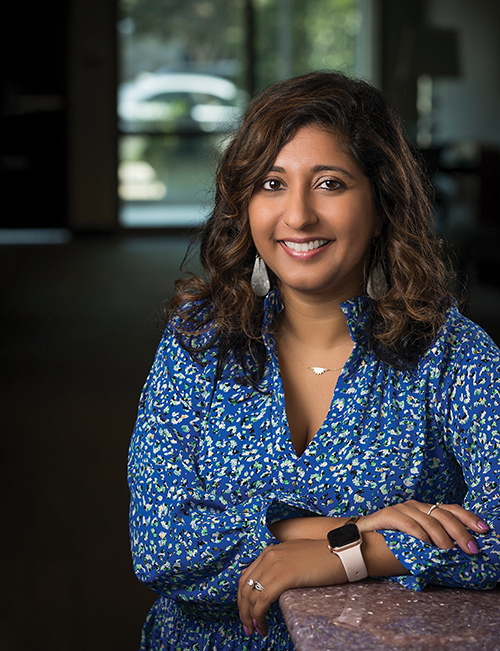 Chavi Khanna Koneru ’05 (’09 JD) is the executive director of N.C. Asian Americans Together, a group that works to increase civic engagement in the state’s pan-Asian community. Photo: Jonathan Fredin/Cary Magazine

Chavi Khanna Koneru ’05 (’09 JD) found her voice at Carolina, and for the past six years she has been helping other North Carolinians of Asian descent find their voices, too.

“UNC is the place where the multiple facets of my own identity came together for the first time,” said Khanna Koneru, who served on the board of Sangam, the South Asian Awareness Organization, when she was a student. She also helped start a multicultural organization to foster cooperation between student groups. “That was the place where I really felt like, not just am I using my voice, but it’s a voice that people want to hear,” she said. “Working within those organizations also taught me the value of cooperative networks.”

Khanna Koneru also developed a passion for public service at UNC. Through APPLES Service-Learning, the University-sponsored program that connects academic learning with public service, she and other first-year students worked together to give back to the community. “Right off the bat, that seated that passion for me,” she said.

Today, Khanna Koneru is the executive director of N.C. Asian Americans Together, a Raleigh-based, nonpartisan, nonprofit group that works to increase civic engagement in the state’s pan-Asian community. She and co-founder Ricky Leung ’08 launched NCAAT in 2016 after research showed that language barriers prevented many in the rapidly growing Asian American community from voting or even learning about that year’s general election.

In a survey, the organization found 70 percent of the Asian American community had never been contacted about the election. While most registered voters were inundated with political calls before they headed to the polls, the majority of N.C. Asian Americans hadn’t received a call from a candidate or a political party.

One of NCAAT’s first efforts was to provide nonpartisan election information, mainly through multilingual volunteers who went door to door in Triangle neighborhoods with high percentages of Asian American residents. About 40 Asian languages are spoken in North Carolina. In the 2020 election and the 2021 primary, NCAAT volunteers supported voters in 13 languages.

From 2010 to 2020, the state’s Asian American population grew by more than 133,000, or 65 percent, far outpacing the state’s 9.5 percent overall increase. But Khanna Koneru said civic involvement and political power among Asians haven’t grown at the same rate.

NCAAT is working to close the gap through voter engagement, community engagement and youth leadership development that can lift up pan-Asian voices, Khanna Koneru said. “We want to encourage our community to find their voice like I’ve found mine,” she said.

According to voter analysis from AAPI Data, a publisher of demographic data and research on Asian Americans and Pacific Islanders, Asian American turnout in North Carolina from the presidential elections in 2016 and 2020 increased 52 percent, or by 28,000 votes. Between the 2018 and the 2021 primaries, turnout increased 264 percent. 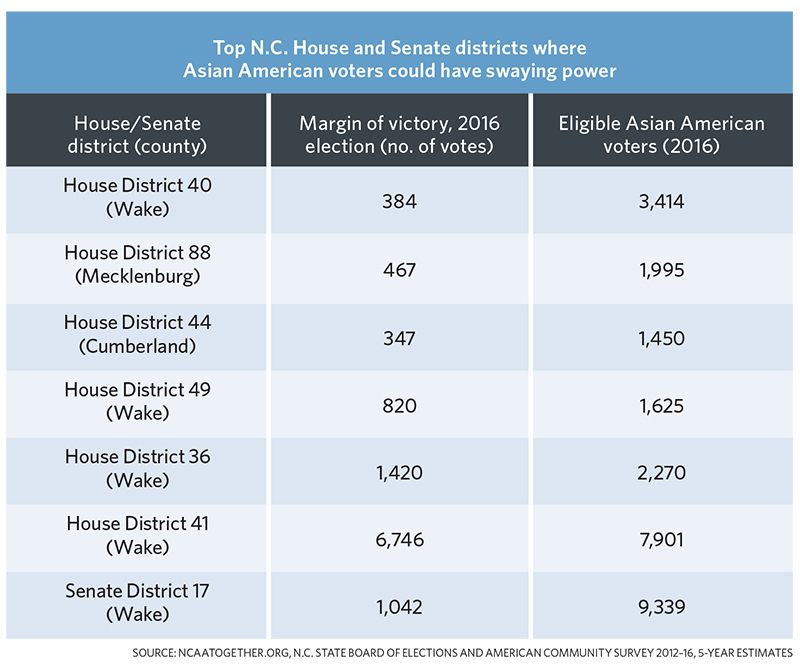 “The number of folks who engaged, who took the time to send in a letter was astonishing. And with our coalition, we did defeat it,” Khanna Koneru said. “NCAAT is not just about voting and turnout. Our mission was always increasing civic engagement, increasing participation in the North Carolina democracy, and that’s what we’re seeing.”

She’s already accomplished many of her goals through advocacy, persistence and belief in her community. But Khanna Koneru admits that in the beginning, it was challenging to convince others to invest in her cause.

To launch NCAAT, local organizations gave Khanna Koneru $20,000, which she used to operate the group for two years. “I believed in it so deeply that I continued to do the work,” she said. “It didn’t even feel like a sacrifice at the time, because it felt like if I didn’t do it, no one else would.”

The turning point came in 2018, when she met Sue Van, president and CEO of the Wallace H. Coulter Foundation, which funds higher education and Asian American advocacy. After a meeting that lasted four hours — “one of the hardest interviews of my life,” Khanna Koneru said — Van said she would fund NCAAT for the next four years. The foundation continues to support NCAAT, most recently with a promise to give $1 million over the next three years.

“I think I have a very strong belief in the importance of the work that we’re doing, and the difference that it can make,” Khanna Koneru said. “It was a lot of hard work, and it was a lot of believing in myself when no one else did.”