The Homecoming 2017 highlight for dozens of alumni from the class of 1992 came during halftime of the football game in Kenan Stadium, when they took to the field — and showed up larger than... 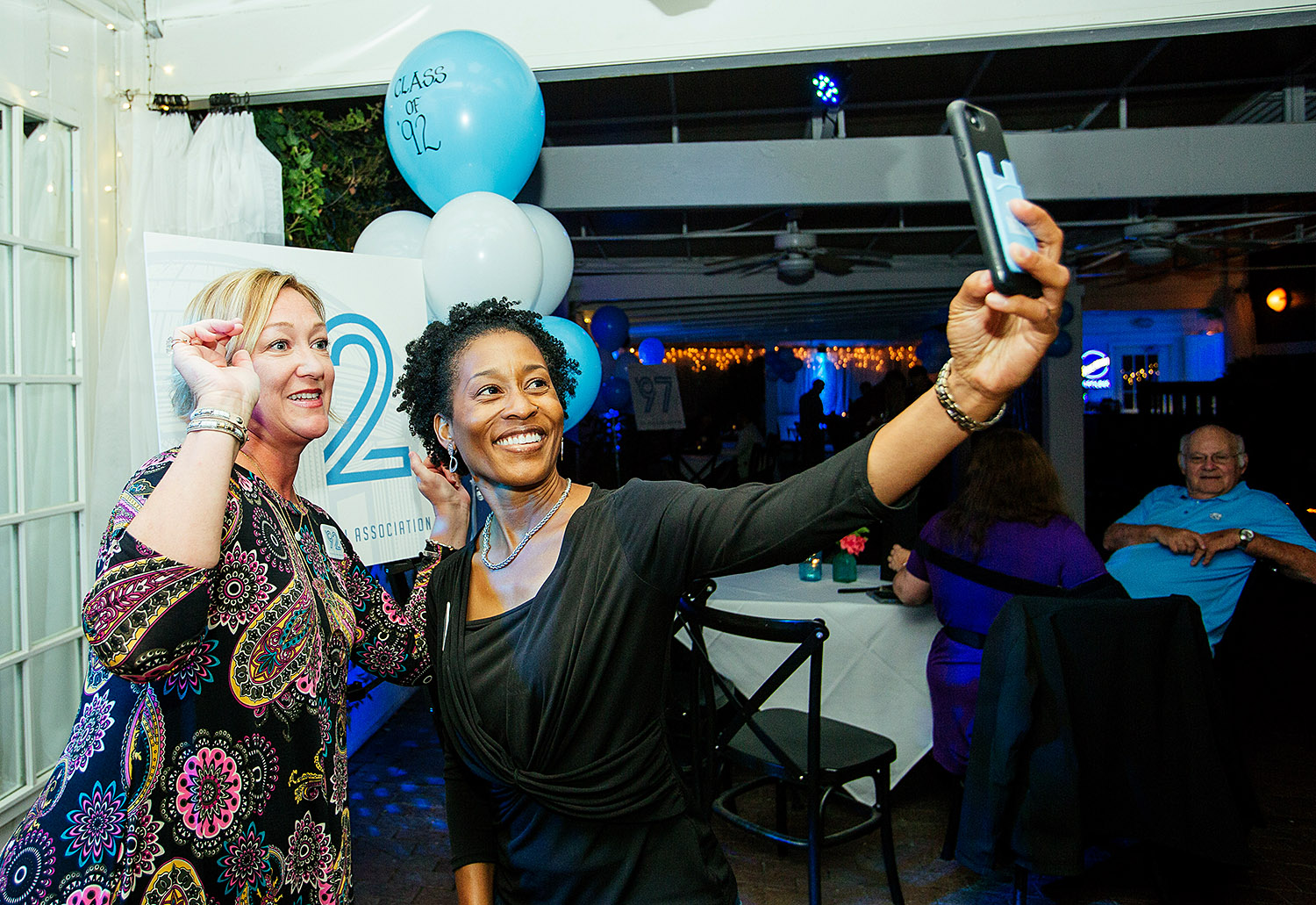 Keith Sutton ’92 learned at Carolina that he could make the cut, though it was not — as many of his white classmates assumed — in athletics.

As one of the roughly 10 percent of African-Americans in the student body at the time, he said, those class classmates assumed he played football. Their reaction when they realized he was at UNC due to academic merit and not athletic ability was what might now be called a “micro-aggression,” a slight driven by a stereotype, he said.

Along with that challenge, Sutton had come to Chapel Hill from rural Edgecombe County and was in class with students from big high schools in big cities.

“As an African-American male from eastern North Carolina coming to a school with students from Charlotte, Raleigh and Durham who were all successful, all leaders in high school, I questioned whether this was the right place for me, did I belong,” he said.

Once Sutton proved to himself that he could be successful, that confidence carried over into the rest of his life. Decades after graduation, the Raleigh resident ran for public office, and as a current Wake County school board member, stood up against a busing plan he feared would lead to resegregated schools.

Such then-and-now reflections — some deeply personal, some the kind anyone who has passed through Chapel Hill as a college student might make —seasoned the 25th, 20th and 15th milestone reunions at La Residence on Friday night for the classes of 1992, 1997 and 2002.

For some, it was the first time they had seen classmates in person in decades, such as a trio who had been denizens of the fourth floor of Hinton James in the late 1980s. 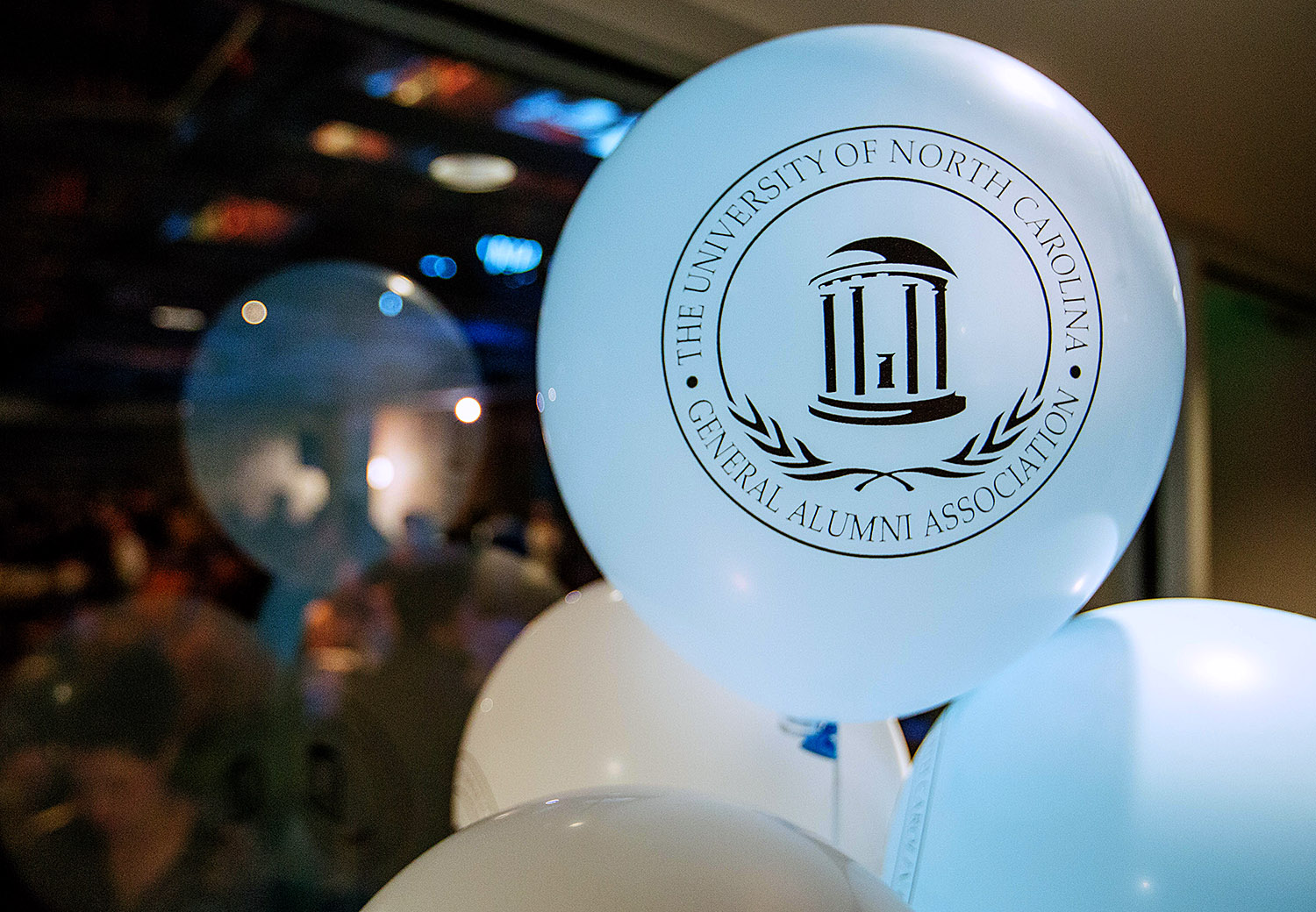 “I haven’t seen this woman in 25 years!” exclaimed Brenda Williams’92 of Raleigh as she hugged former suitemate Kim Groome Allgood ’92 of Asheboro.

James Lawrence Taylor Jr. ’92, who recently moved back to the Triangle after 17 years teaching theater arts at a college in Providence, R.I., joined them in reminiscing about those early college days on south campus. Life had taken the three former best friends in different directions, and they hadn’t seen one another face-to-face in a quarter century.

When they were in school, they didn’t have social media, and for the most part, they had access to computers only in the computer lab.

“We were forced to be in the moment and experience and learn with each other,” Williams said, something that students today, who rely on technology, might be missing out on.

“I didn’t go to school in a vacuum,” Williams said. “Being able to interact with and bond with people from all walks of life and all parts of the state was a good experience for me to take into my professional life.”

Allgood recalled printing pictures from film of their fun times and taping them to their dorm room walls. She still has those photos. But when she dropped her daughter off at Carolina as a freshman last year, she took a selfie in front of Hinton James. She is somewhat envious of some of the technology students have today.

“We had no online classes,” she said. “We actually had to go.”

Allgood reflected on what she told her daughter about Carolina. “It’s a hard school, not just because of the curriculum. It’s a big school, and you have to figure out where you fit in,” she said. “It can be really lonely here, or you can find really good friends and make it an amazing experience.” 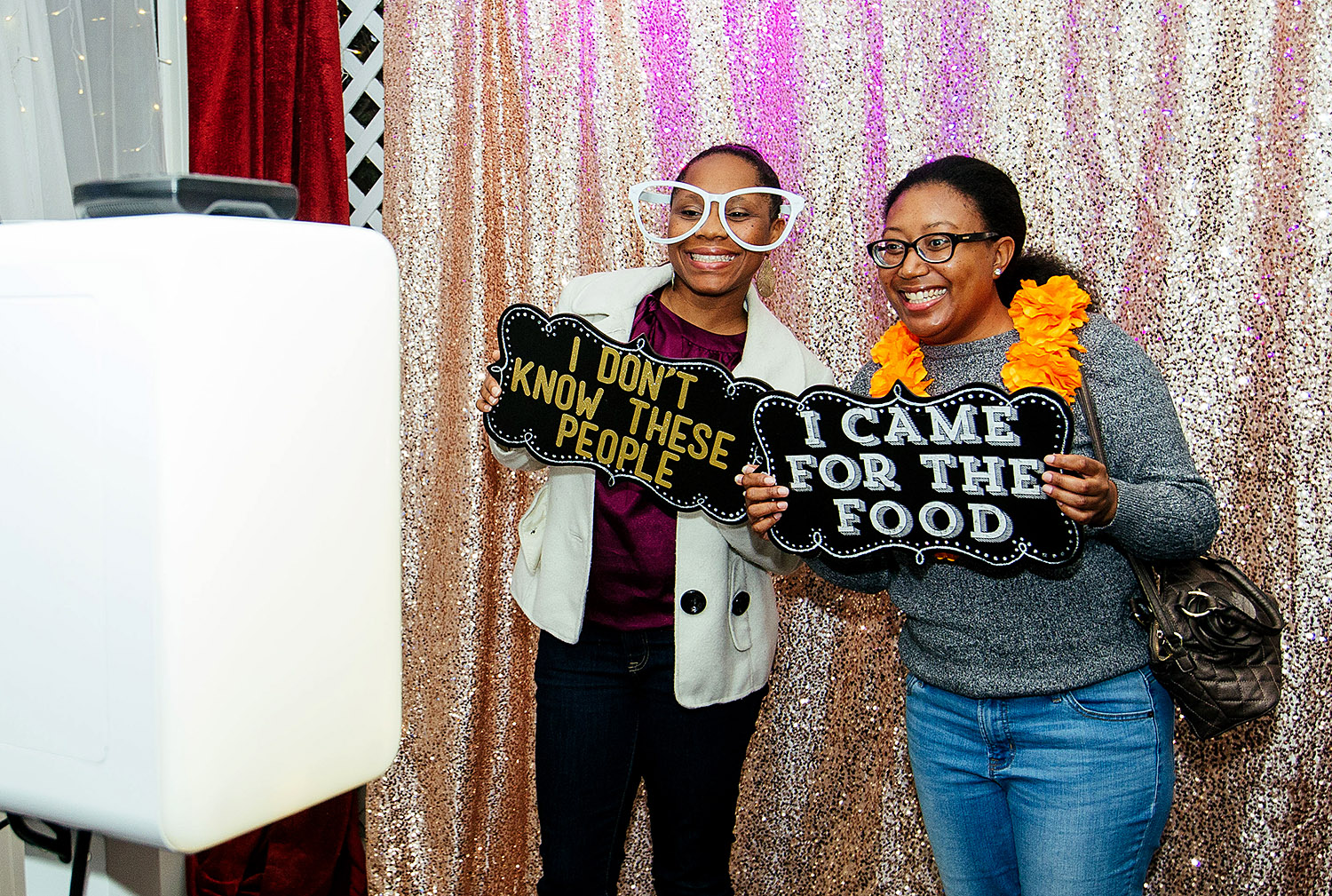 Sharon Reiss ’92 of Smyrna, Ga., keeps up with some of her good friends through game-watching parties with the Atlanta Carolina Club, from which she won tickets to the Homecoming game and tailgate this year, fortuitously her 25th reunion.

“I’ve never been to a tailgate; I’ve never been to an after-party,” Reiss said. “I’m looking forward to the on-field recognition.” In a relatively new tradition organized by the GAA, class members celebrating their 25th graduation anniversary are recognized on the field in Kenan Stadium.

“We have a really good group of people reaching out to the alumni in Atlanta,” Reiss said. “It’s always fun.”

Encouraging the art of interaction

J.C. Jarrell ’97 and his wife, Andrea, weren’t going to the football game the next day — “Basically, my friends and I waited too late to sign up” — but they stopped by La Rez because Jarrell had never been to a class reunion. The warm October evening brought back memories of walking along Franklin Street and through campus with friends. He, too, lamented that students today seem to engage less face-to-face, and he supported UNC’s Arts Everyone initiative on campus to encourage in-person interactions.

Shanta Taylor Johnson ’02 of Creedmoor works at UNC Hospitals, and even she is surprised by how quickly the campus is building up. In fact, that’s what drew her friend LaToya Shackleford ’02 of Charlotte back for a reunion for the first time. Now that she has arrived, she was drawn to what had been familiar.

“I want to go to some of the places I remember when I was in school, like the library where I did work-study and the bookstore,” Shackleford said.

And the next morning, she and Johnson planned to go to Ye Olde Waffle Shoppe, just as they did Saturday mornings 15 years ago.

Colleen Baker Roth ’97 and her husband, Dieter ’97, a Morehead Scholar, came to their 20th class reunion now that they are back in the U.S., living in Clover, S.C. They had lived three years in Scotland, where Dieter completed a doctorate, followed by seven years in Germany, where he taught New Testament and early Christian history. Colleen teaches English-as-a-second-language.

Dieter said he appreciates the network he built with professors at Carolina that has continued over the years.

A Los Angelino, Colleen said she enrolled at Carolina because “it was the quintessential college campus.” After she attended a small private high school, UNC seemed like “the ultimate college experience,” she said. “It was nice to be a little anonymous and have a big graduating class and all the resources that a big university had” — such as study abroad, which she considers life-changing.

And there were the sports, or at least the atmosphere around the sports. On the eve of the game at the center of the Homecoming weekend, Colleen recalled: “I was even in Carolina Fever my freshman year, and I don’t even like football.”