The University announced today that it had surpassed the $4.25 billion goal for its campuswide fundraising drive months before the campaign was scheduled to end. The Campaign for Carolina, launched in October 2017 and scheduled...

As UNC continues to address what one of its experts recently called a “mental health tsunami,” campus leaders announced adding a wellness day to the spring semester calendar and other measures aimed at mitigating... 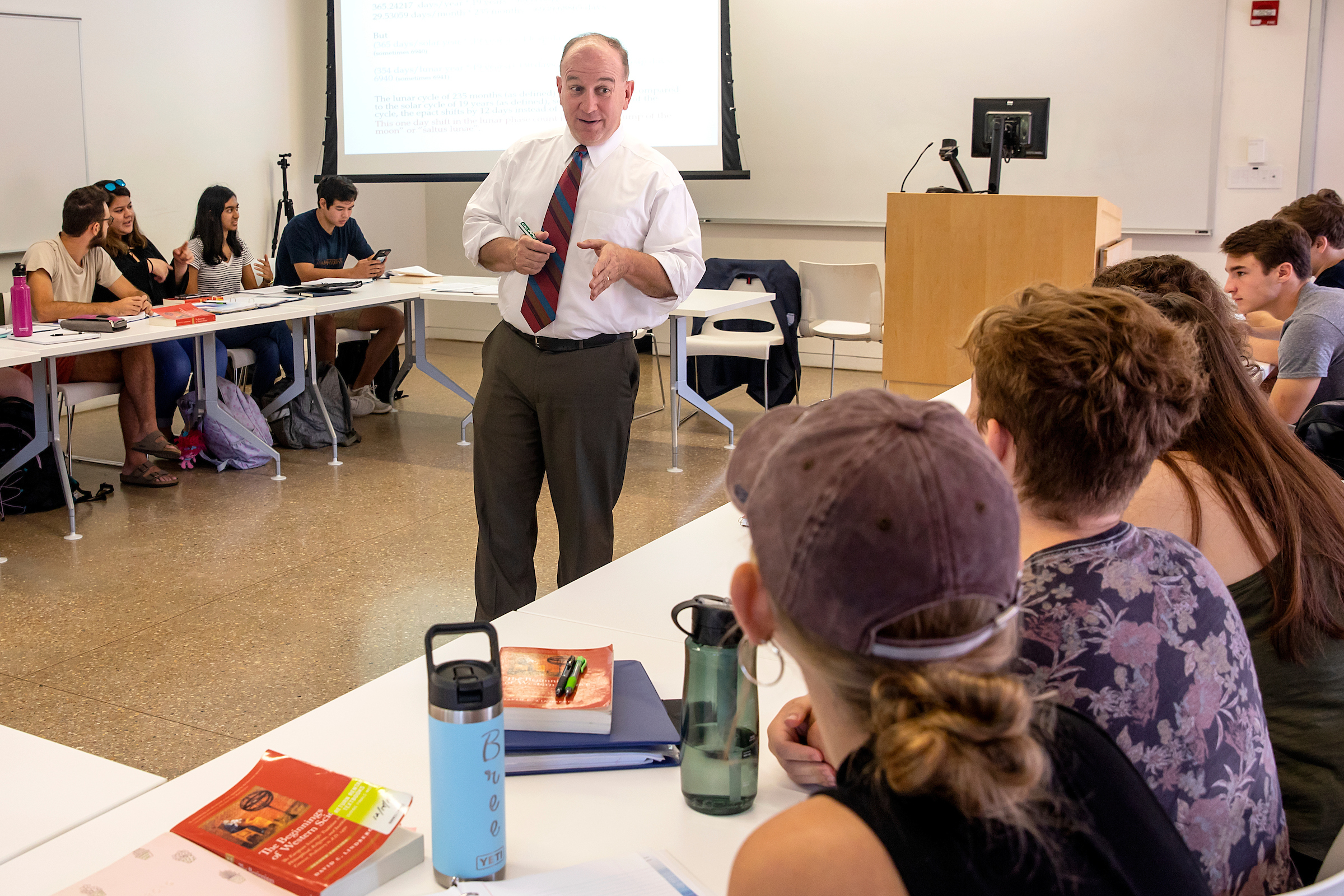 Chris Clemens, a professor in UNC’s department of physics and astronomy, taught an undergraduate class in 2018 at the Genome Sciences Building with Associate Professor Brett Whalen of the history department. In announcing Clemens’ appointment as executive vice chancellor and provost, Chancellor Kevin Guskiewicz noted his enthusiasm for teaching across disciplines. (UNC/Johnny Andrews ’97)

Chris Clemens, UNC’s Jaroslav Folda Distinguished Professor of physics and astronomy, in the College of Arts & Sciences, has been named provost and executive vice chancellor of the University, succeeding Robert Blouin, who is stepping down after serving more than four years in the position.

Following a Dec. 9 special closed meeting of the UNC Board of Trustees to consider personnel matters, Chancellor Kevin M. Guskiewicz announced Clemens’ appointment that evening in an email message to the campus community.

“I’ve known Chris for nearly 15 years and have worked closely with him on a range of ambitious projects to enhance the academic excellence of Carolina. I know he’ll do an outstanding job as our next chief academic officer,” Guskiewicz wrote in a campus message released Dec. 9. “Chris’ deep understanding of the links between rigorous interdisciplinary research, excellent teaching and the value of free inquiry makes him the right person to take on this role at this crucial time in Carolina’s history.” 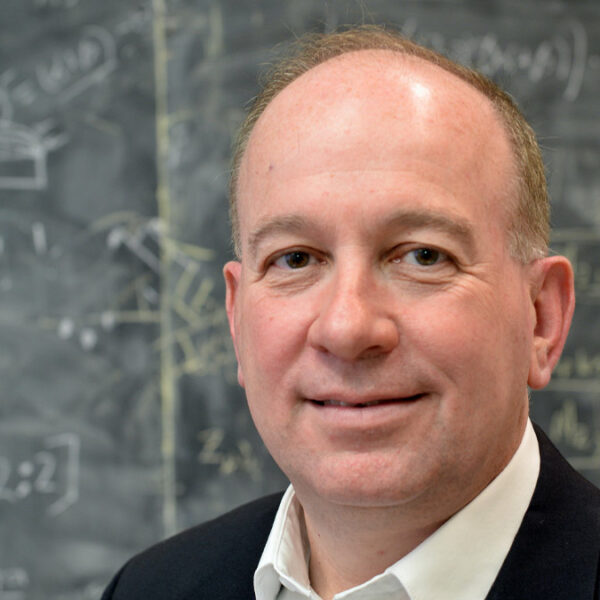 Clemens joined the department of physics and astronomy in 1998. He has served as chair of physics and astronomy, senior associate dean for natural sciences, senior associate dean for research and innovation in the College of Arts & Sciences and most recently as the director of Carolina’s Institute for Convergent Science and Chancellor’s Eminent Professor of convergent science.

“I am honored to be able to serve my community at a pivotal time for the university,” Clemens said in a University news release. “The challenges and disruptions we have suffered are substantial, but I believe they also offer opportunities to reflect on our core mission to students, to promote the public good, and to put our research and scholarship to work in innovative ways that serve the people of North Carolina. I look forward to working alongside my colleagues, campus leadership, the UNC system, and our public stakeholders in pursuit of our common goals.”

Clemens succeeds Blouin, who served during the University’s decision to end in-person classes in fall 2020 amid the COVID-19 pandemic. He also helped develop Carolina Next: Innovations for Public Good, oversaw the University’s data science initiative and the planning and implementation of the Carolina Together Roadmap, a plan for students to return to campus in 2020.

Blouin’s “steady hand and disciplined operational approach helped see Carolina through one of the most difficult chapters in the modern history of American higher education,” Guskiewicz wrote in the release.

Clemens also was heavily involved in developing the University’s Program in Public Discourse, launched in 2019 to strengthen students’ capacities for deliberative debate, with a goal of enabling them to serve as better citizens, civic leaders and stewards of democracy. The program also trains faculty in how to foster better discussions in the classroom, including encouraging reluctant students to participate in discussions of controversial topics.

“What you have is kind of a social situation in the classroom that you have to break through,” Clemens told the Carolina Alumni Review in a recent article on the program. “Students sense that there’s a social cost to speaking up, and it’s just not worth it. It’s better to keep your head down.”

The Review reported colleagues have criticized Clemens over the years, in part because of a willingness to sponsor controversial student groups.

“I always err on the side of letting students have their go at it,” Clemens said. “If we’re not the right place for this, then shame on us. We haven’t constructed a social and educational atmosphere that prepares students for democracy.” 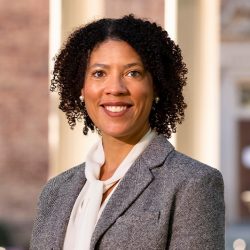 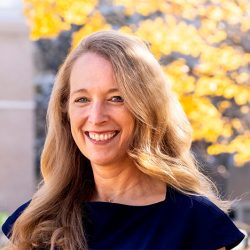 The Board of Trustees also approved the appointments of Amy Locklear Hertel ’97, the chancellor’s chief of staff, to a redefined executive vice provost role, and Christi Hurt ’93, (’98 MPA) the University’s senior prevention strategy officer, as the chief of staff to the chancellor. She is expected to complete her DPH this month.

Hertel has been the chancellor’s chief of staff and senior adviser for academic affairs for more than four years. She holds degrees in social work and law, and has a faculty appointment in social work. Prior to joining the Chancellor’s Office, was director of the UNC American Indian Center.

Hurt served as a chief of staff in Student Affairs, and then later served as the interim vice chancellor for Student Affairs; currently she is the senior prevention strategy officer for the University.

Blouin plans to resume his work as the Vaughn and Nancy Bryson Distinguished Professor in the Eshelman School of Pharmacy, where he was dean from 2003 to 2017, when he became UNC’s 15th provost. During that time, the school reached the No. 1 ranking nationally by U.S. News & World Report. Blouin oversaw an increase by the school’s faculty in growing the research portfolio from $2 million in 2002 to $36 million in 2016, ranking second among the nation’s pharmacy schools. He also received the GAA’s Faculty Service Award in 2016.

While he was dean of the Eshelman School of Pharmacy, Blouin also was director of the Eshelman Institute for Innovation, where he led efforts to accelerate change in education and health care.