As the University prepared to roll out the welcome mat for its 29,500 students... 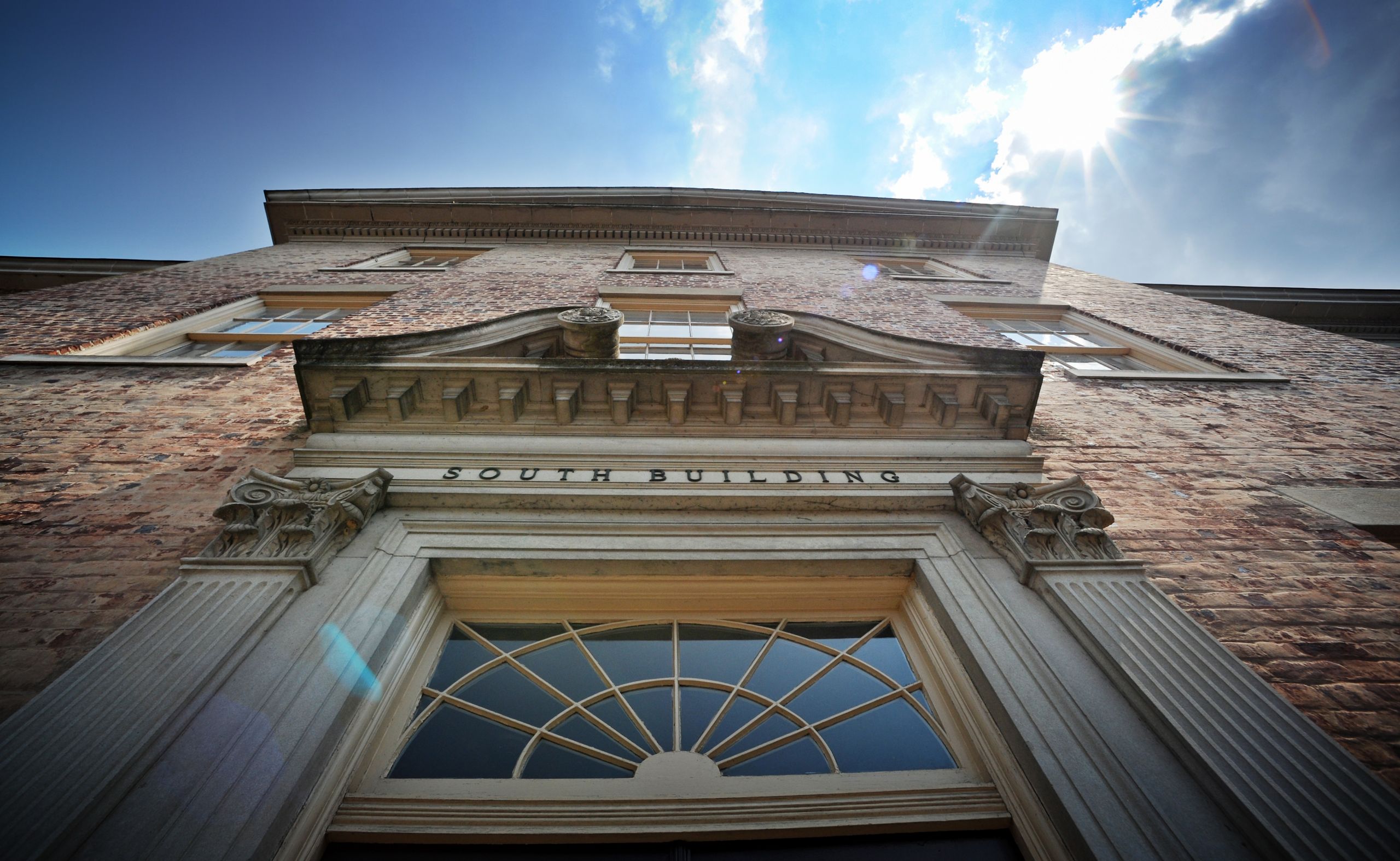 An eventful day ended with the announcement that undergraduate classes for the rest of the fall will be taught online only. (Photo by Dan Sears ’74)

As students headed into a four-day weekend to regroup after Carolina pulled back its plan to house and teach most of them on the campus, “the Chapel Hill experience” became a catch phrase in the national dialogue about what universities were doing and the prospect that they might make similar changes if they couldn’t control the impact of the COVID-19 pandemic.

Two weeks after students began moving on to campus and one week after classes began, UNC on Aug. 17 became the first university in the country to make national headlines for changing its plan to bring students to campus after the semester had started. Classes for undergraduates were shifted to remote-only; graduate and professional programs were allowed to follow the discretion of school and department leaders.

Medical experts had warned that clusters of infection would be a red flag on how well the reopening was succeeding. Clusters are cases in which at least five people living in close proximity test positive, as defined by the N.C. Department of Health and Human Services. Starting on the fifth day of classes, alerts to clusters of students testing positive for the virus came one after another: Aug. 14 in Ehringhaus, the next day in Granville Towers and the Sigma Nu house, the next in Hinton James.

Amid the move-out, the University announced on Aug. 20: “As of this afternoon, there are additional positive cases at Ehringhaus, Hinton James and Granville Towers, with many close contacts in quarantine.” Large group testing was begun in those dorms for students and employees who work there.

Initially, UNC was making weekly updates at carolinatogether.unc.edu/dashboard and, citing privacy laws, not reporting on the scope of clusters. It later began making daily updates about cases and reporting the number of cases within clusters..

Infectious disease experts at UNC had assured the administration the reopening plan could work under the right conditions, but the numbers of those infected got out of control quickly.

“In just the past week, we have seen the COVID-19 positivity rate rise from 2.8 percent to 13.6 percent at Campus Health,” Chancellor Kevin Guskiewicz and Provost Robert Blouin wrote in a message to the campus community on Aug. 17. “As of this morning, we have tested 954 students and have 177 in isolation and 349 in quarantine, both on and off campus. So far, we have been fortunate that most students who have tested positive have demonstrated mild symptoms.” On Aug. 19, UNC reported 91 new infections on a single day.

“I’m terribly disappointed for the students who wanted to be here,” Guskiewicz said. “This been one of the most, if not the most, trying time of my professional career.”

Guskiewicz told a meeting of the Faculty Executive Committee that he generally was satisfied with student behavior on the campus but that the failure of some students to protect themselves and others in the town after hours led to trouble. There were numerous sightings of students partying and not observing mask and distancing rules the University put in place for on campus but ultimately could not control off it.

Blouin told the committee on the day that in-person classes were ended: “What we have found is that most of the transmissions have been within the social sphere of campus life, and that has been really challenging for us to manage, to hold people to the level of accountability that we probably needed to. I guess in terms of lessons learned, that was a big lesson learned … trying to mitigate that would be the challenge for anyone with a population like ours.”

Mimi Chapman ’97 (PhD), chair of the faculty, said: “The wild card has always been what was going to happen off campus. Almost immediately we started getting word that Greek organizations were having off-books rush events.”

“I think what was not envisioned was the velocity” of the virus, said Dr. Myron Cohen, director of UNC’s Institute for Global Health and Infectious Diseases and a professor of microbiology and immunology who is an international authority in HIV research.

Social media lit up on the morning of Aug. 17 with calls for the University to take an “off-ramp” from its ambitious plan for the semester opening. The administration already had been working on that over the weekend.

Barbara Rimer, dean of UNC’s Gillings School of Global Public Health, wrote in a blog on Aug. 17: “After only one week of campus operations, with growing numbers of clusters and insufficient control over the off-campus behavior of students (and others), it is time for an off-ramp. We have tried to make this work, but it is not working.”

UNC and others in the state’s university system were told to open their campuses for the fall semester by the UNC System Board of Governors, which had maintained that only the Board of Governors and the system president could decide if they could move to remote-only instruction.

Faculty members repeatedly had called for the Board of Governors to allow the Chapel Hill campus to decide on how to teach during the pandemic, and Chapman pleaded that case in a letter sent the weekend before the move to remote-only instruction.

The decision to go remote received the approval of the system, which initially said other campuses would continue with their plans for in-person classes. By Aug. 20, N.C. State was sending its undergraduates home, too.

Most undergraduates living on Carolina’s campus were asked to leave and were to have housing and dining money refunded. Some dorm space was retained to accommodate those who need to quarantine to be sure they don’t take the virus home and those who lack adequate learning conditions in their homes. The deadline for undergraduate students to drop classes and have their tuition pro-rated accordingly was extended to the end of August.

Football players and other varsity athletes preparing for the fall seasons paused all practice activities on Aug. 19 “because of a continued upward trend in positive COVID-19 tests on campus.” Practices resumed on Aug. 23. On Aug. 28, the athletics department announced that fall sport seasons — including football, cross country, field hockey, men’s and women’s soccer and volleyball — would begin in September without fans at home events. “This attendance restriction will last through September, and we will continue to work with medical experts and the University to evaluate safety conditions with the hope that we can increase capacity in October,” according to the announcement. “Tailgating also will not be allowed on campus.”

Guskiewicz emphasized that the changes put into place do not constitute a campus shutdown: “Courses in our graduate, professional and health affairs schools will continue to be taught as they are, or as directed by the schools. Academic advising and academic support services will be available online. Our research enterprise will remain unchanged.”