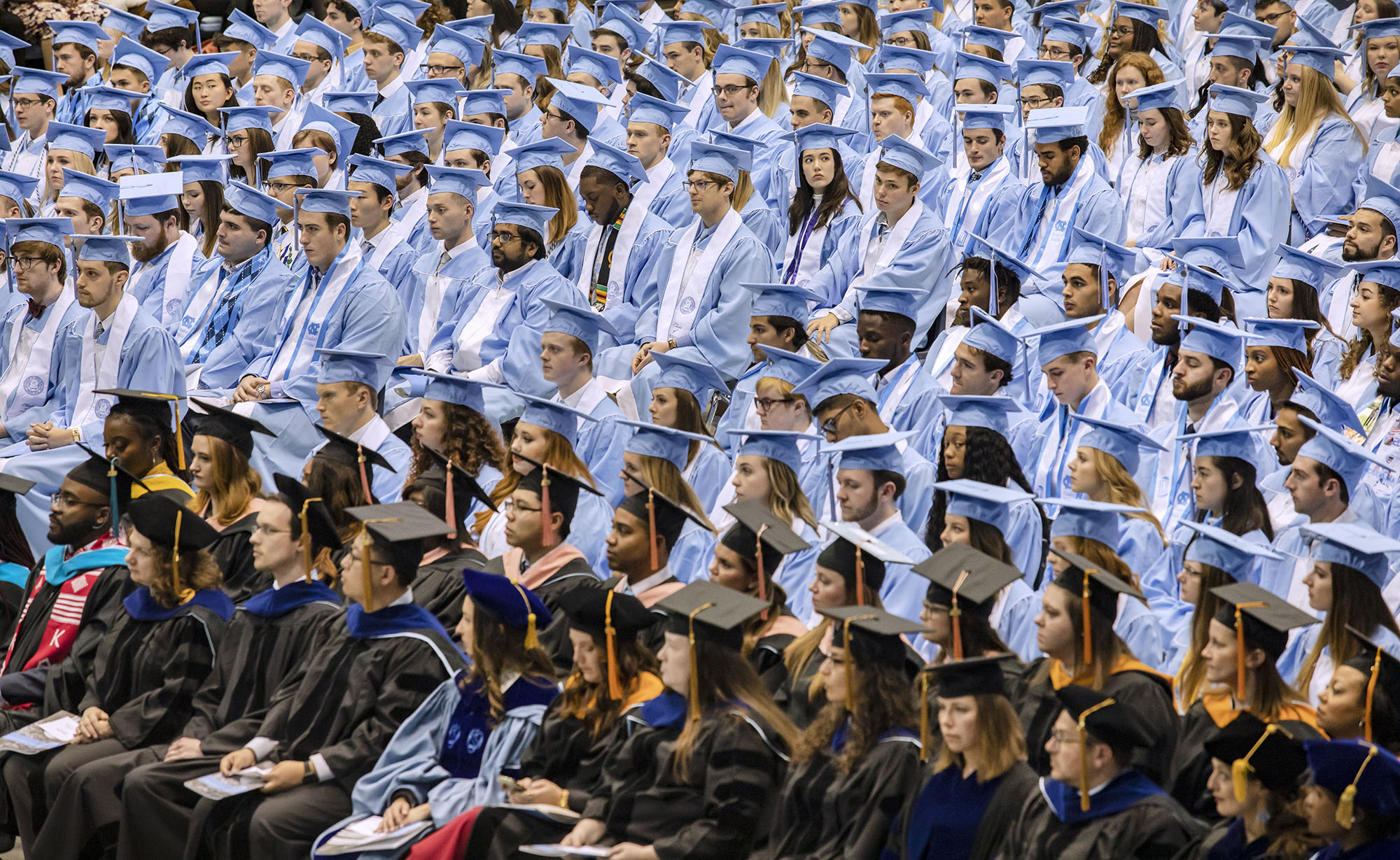 Carolina professor and two-time Grammy Award-winner Bill Ferris shared words of wisdom with graduating students Sunday as Carolina’s newest alumni prepared to start the next chapter of their lives.

“Your Carolina education will help you face both your history and your future,” said Ferris, who earned acclaim on the Grammy stage for his box set of music, stories, film and photographs on Southern folklife. “You carry the tools to build a brighter future for our nation and world.”

Chancellor Kevin M. Guskiewicz presided over the ceremony at the Dean E. Smith Center. The ceremony was Guskiewicz’s first as chancellor since he was named to the position on Friday. 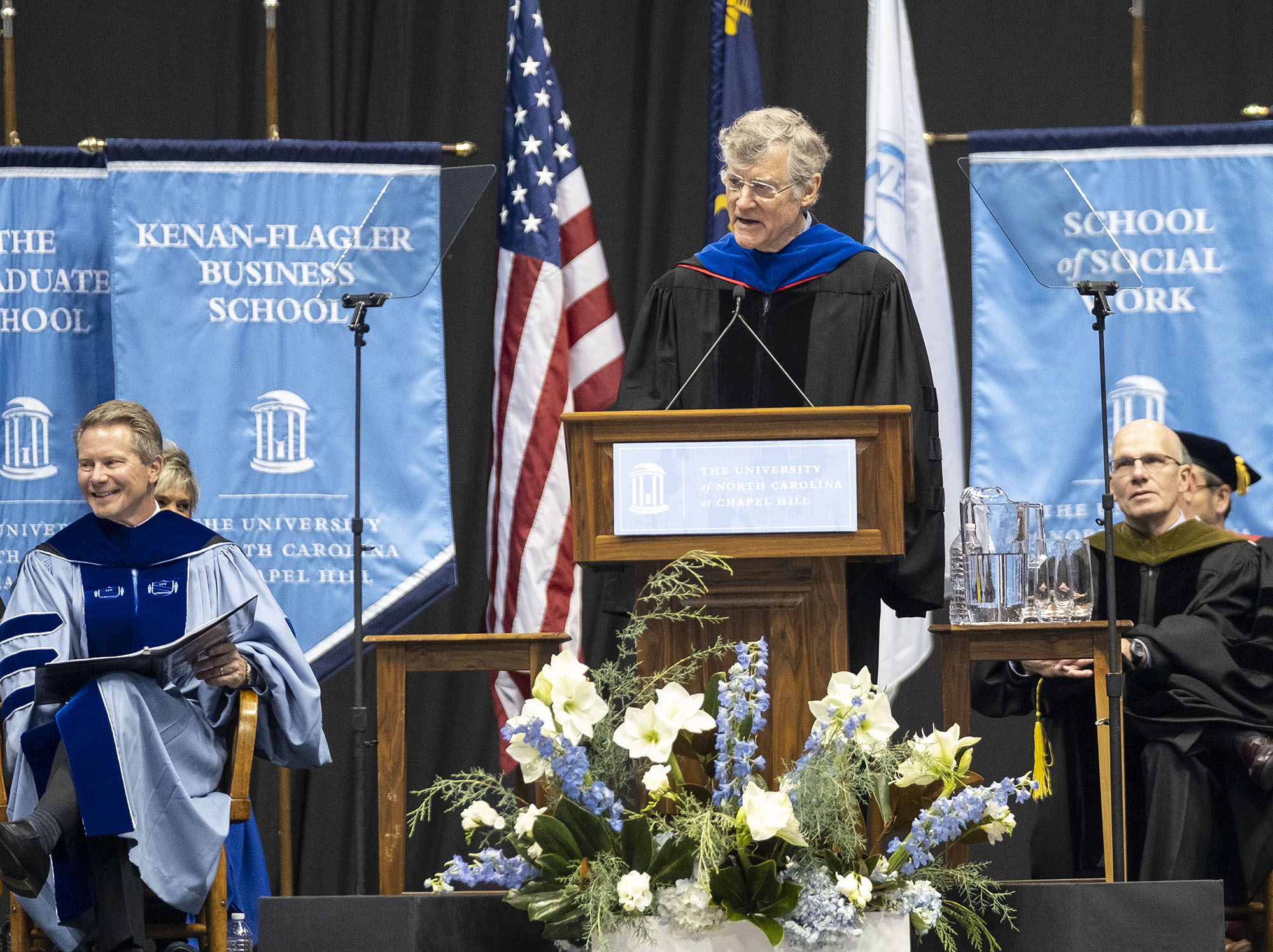 “Today we recognize your hard work, accomplishments and contributions here at Carolina,” Guskiewicz said. “You’re graduating from an amazing institution. It’s not only the leading global public research university, but it’s also, I hope, a place you are proud to call home.”

Drawing on the wisdom of the late Mr. Rogers, Guskiewicz called on students to respond to the world’s challenges and to continue the Carolina tradition of serving those in need.

“I urge you to be heroes,” he said. “To not just see and hear about the needs of our world, but to respond. To see the problems of others and make them your own. I know this is not easy, but I know you are up to the task.”

Ferris, the senior director emeritus of UNC’s Center for the Study of the American South and adjunct professor emeritus in the folklore curriculum, encouraged graduates to seek out people who can inspire and teach them along the way, urging them to “never stop listening.”

“Each of you have worked with great teachers in classrooms at Carolina, but others outside the classroom have also enriched your life and will continue to do so,” Ferris said. “Open yourself to all of those people — likely and unlikely.”

With those lessons in mind, Guskiewicz left students with a final charge before the crowd stood to sing Hark the Sound.

“My charge to you is to first, be the hero Mr. Rogers describes, and to be a hero that your hometown would be proud of,” he said. “Second, I charge you to give it your all.”