The Old Students Club welcomed the class of 1965 to its ranks. The traditional luncheon is held each year for classes who have reached the 50th anniversary of their graduations. (Photo by Shane Snider)
Posted on May 8, 2015

Spring class reunions drew approximately 1,100 alumni and friends to Carolina May 5-8. Take a peek at the festivities throughout the weekend; we’ve posted photos and stories from some of the activities and have captured some of the memories classmates shared with one another. Special reunions were held for the classes celebrating significant anniversaries of their graduations: 1970, 1965, 1960 and 1955. 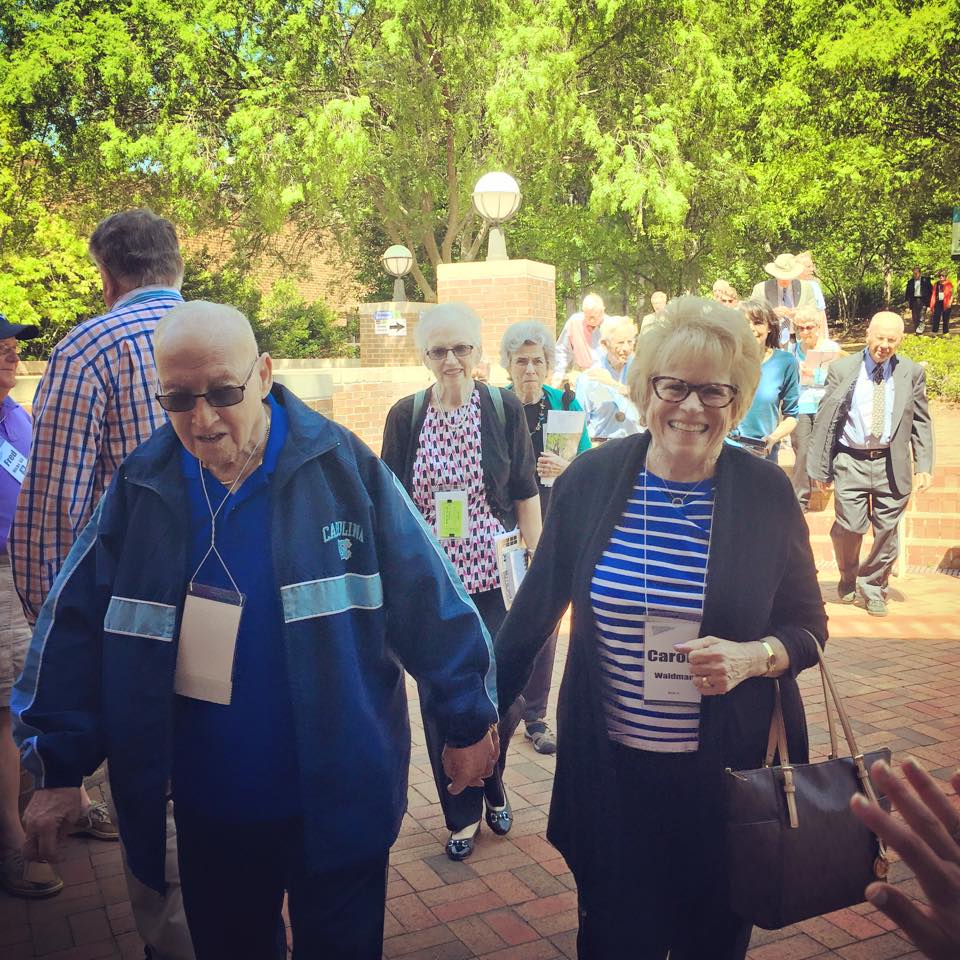 Members of the class of ’65 are being welcomed into the wonderful Carolina tradition of the “Old Students Club.” James Lee Love (class of 1884) donated an endowment to the General Alumni Association to fund an annual gathering to be called the “Old Students Club” for all who have reached or passed the 50th anniversary of their graduation year. Each graduate from 1965 and earlier along with one guest is welcome to attend at no cost. 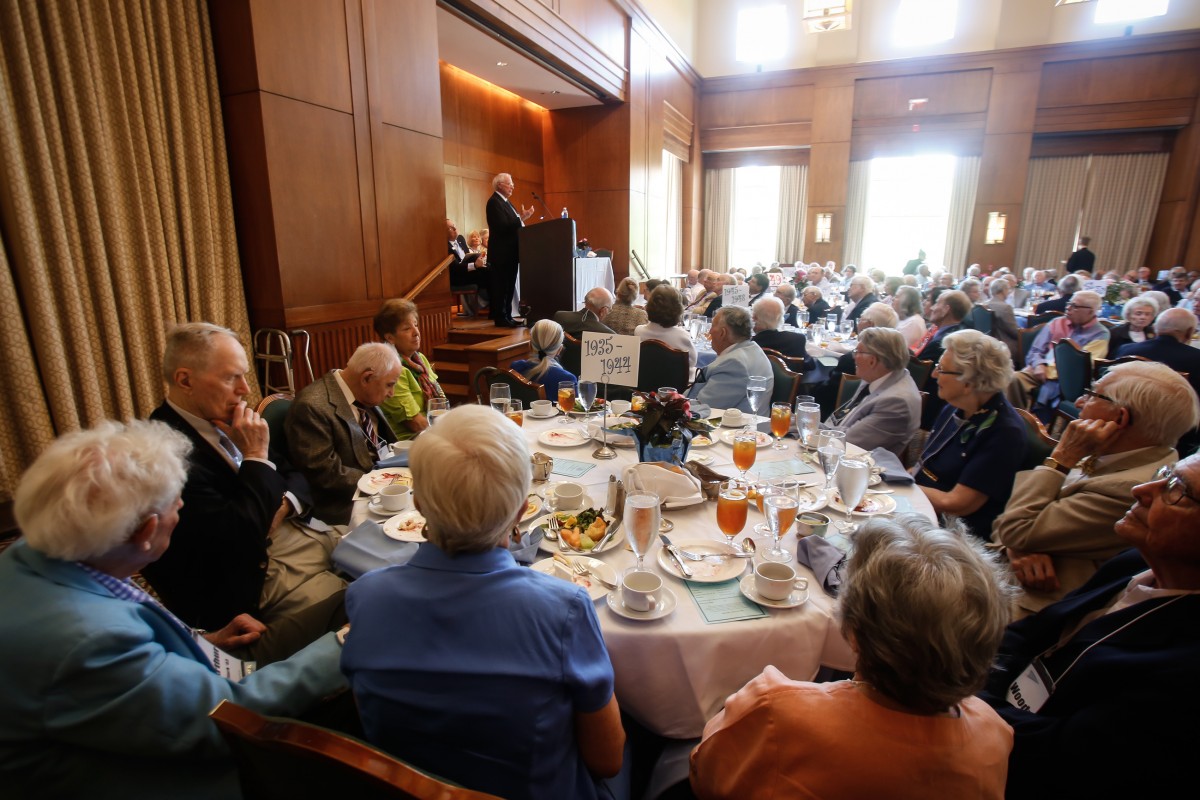 Students from classes as far back as the 1930s attended the Old Students Club Luncheon in the Carolina Club at the George Watts Hill Alumni Center. (Photo by Ray Black III) 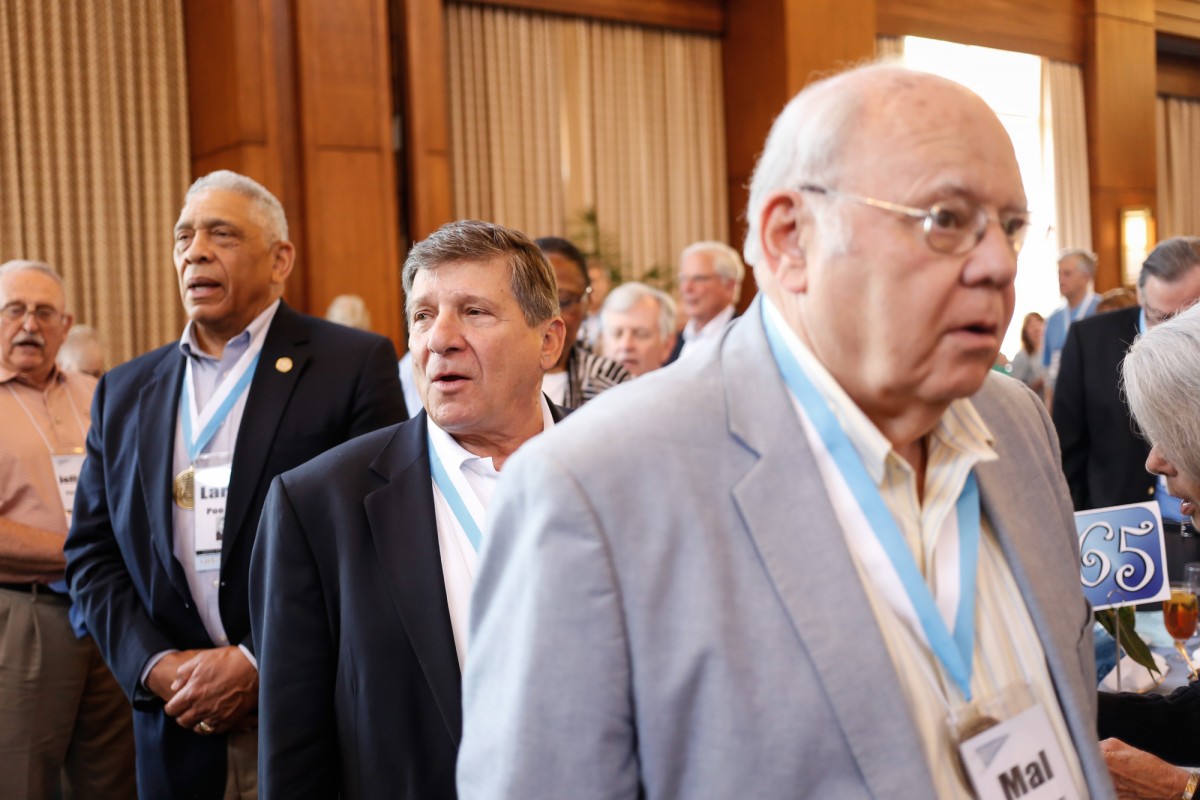 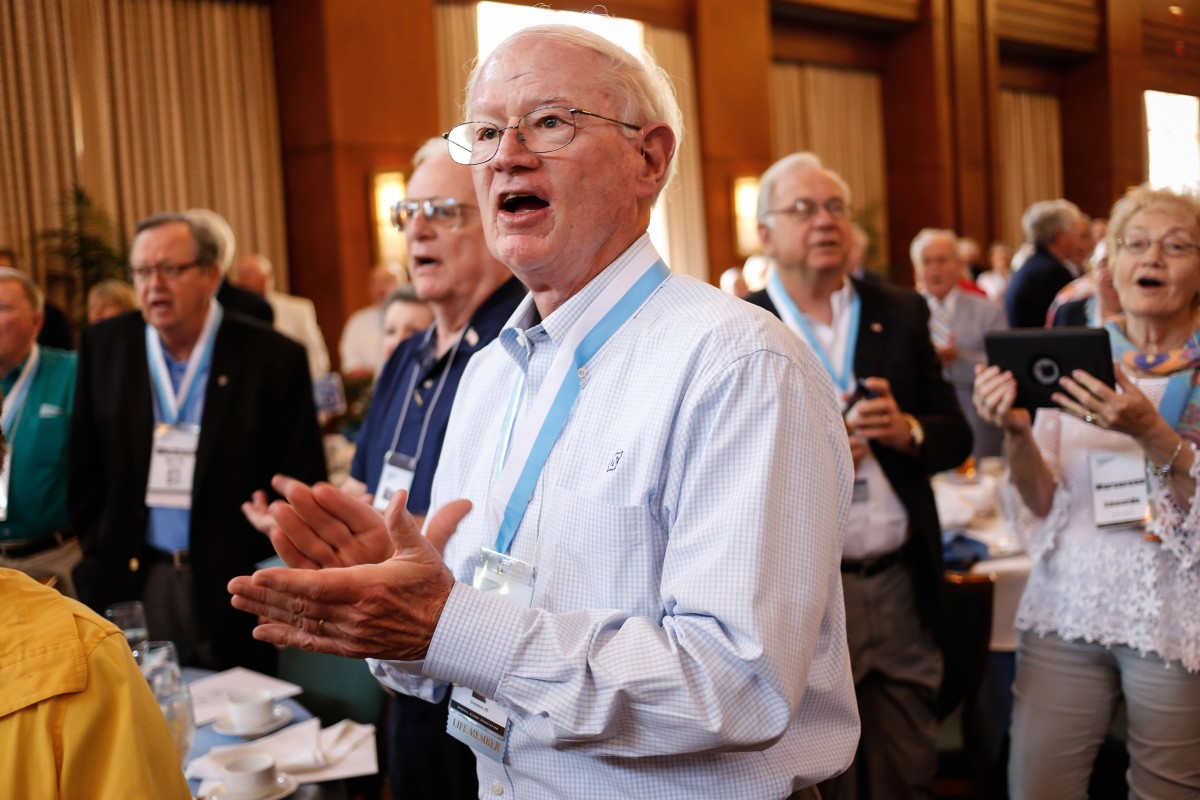 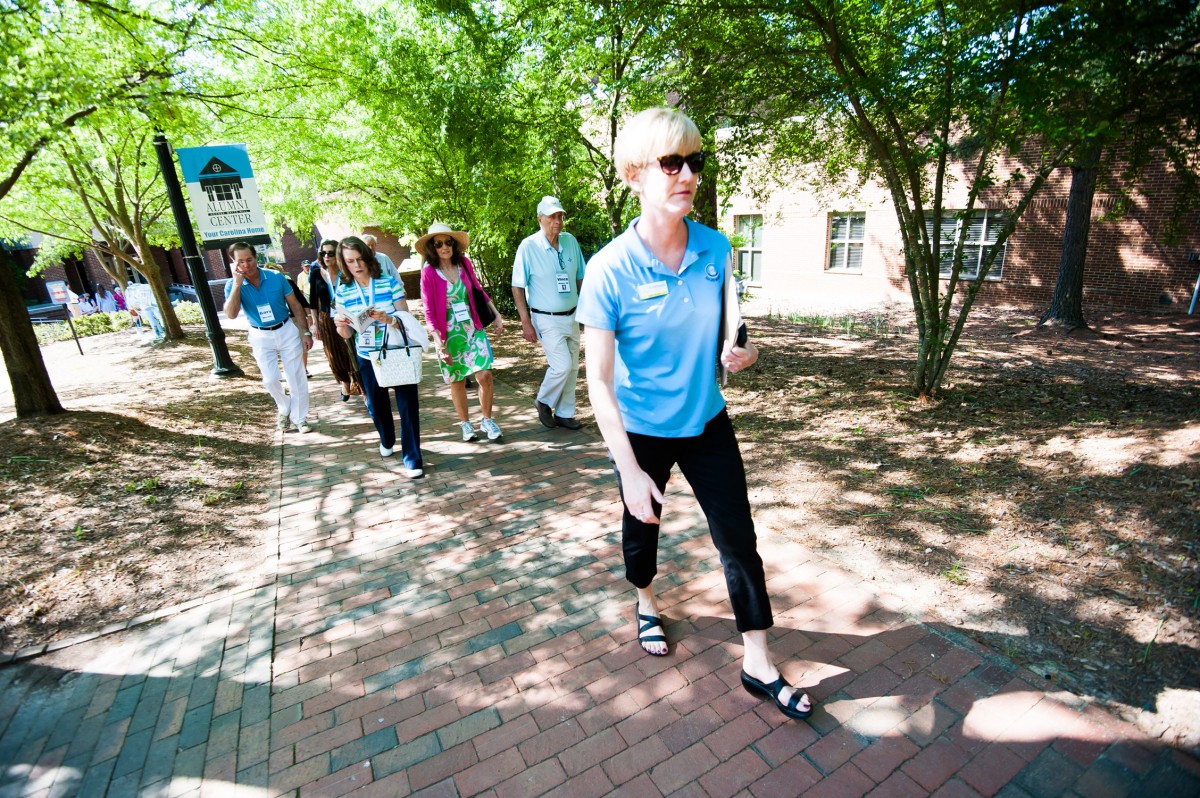 Walking tours and bus tours got alumni reacquainted with campus, noting that much was the same as their student days and taking in all the changes. (Photo by Shane Snider) 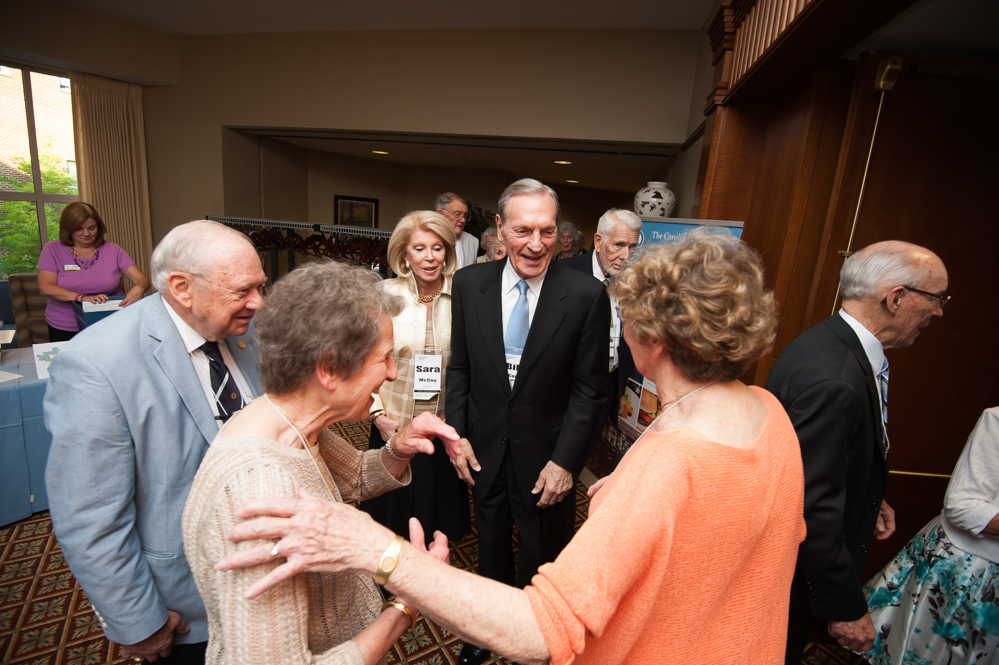 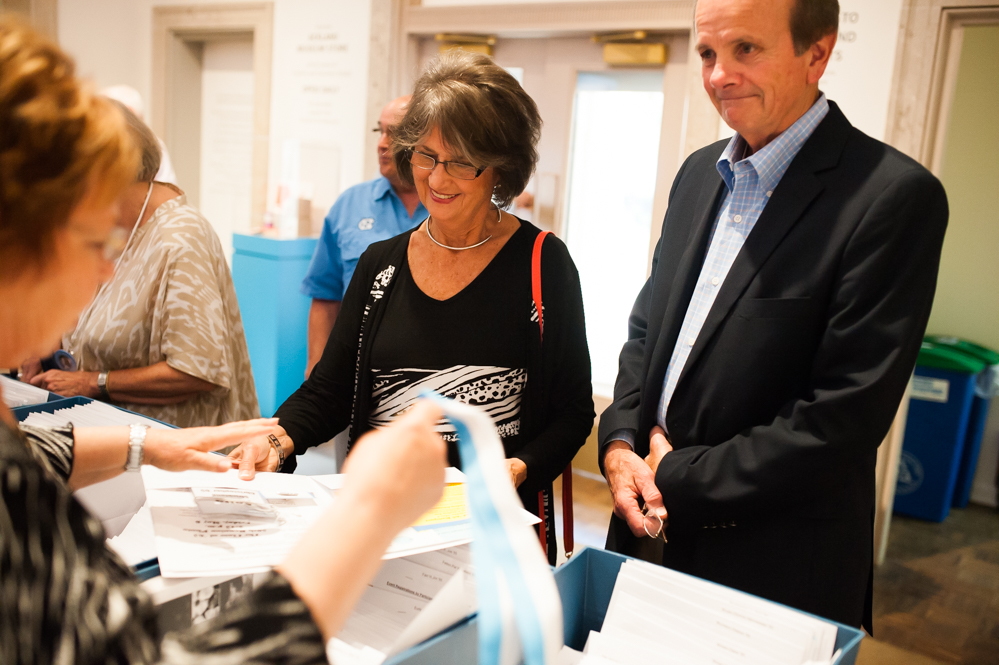 Reception at the Ackland Art Museum

Reunions Weekend began with a private reception at UNC’s renowned Ackland Art Museum. Alumni from a range of classes enjoyed hors d’oeuvres and beverages, and museum staff told them about current museum exhibits. 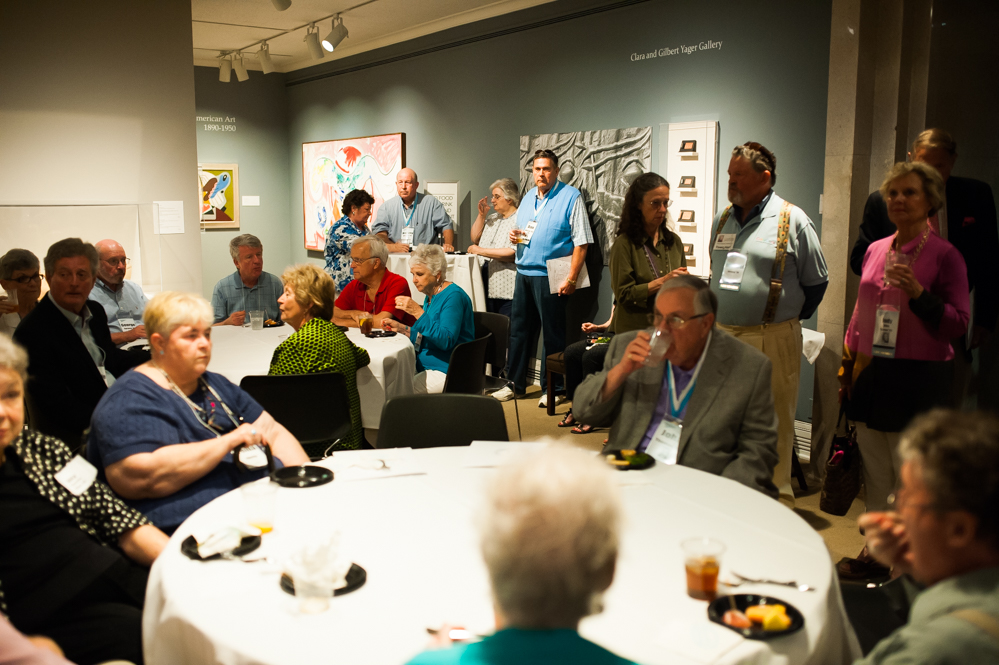 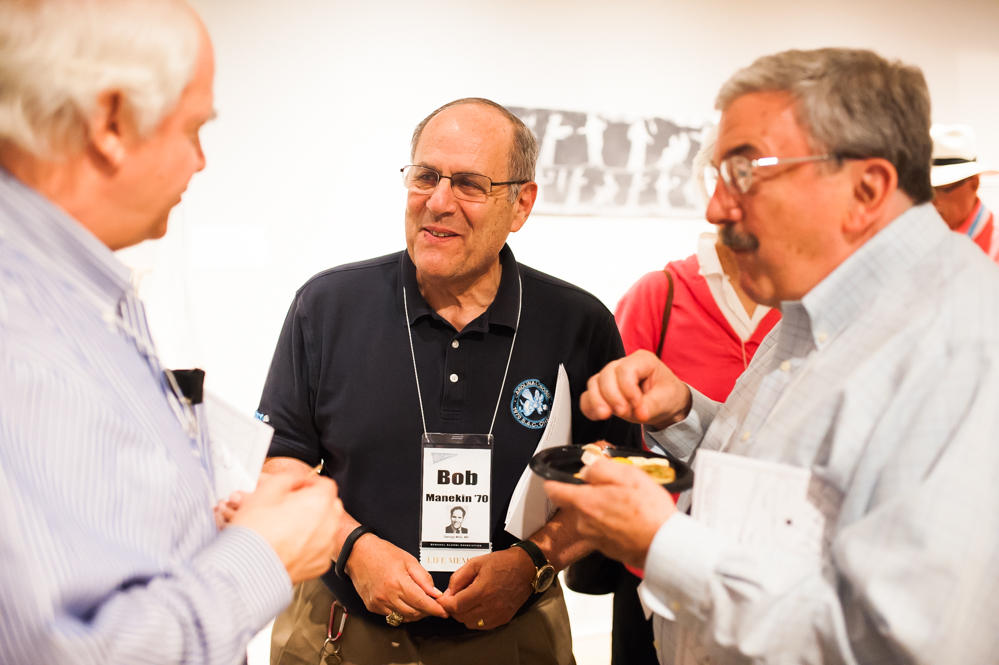 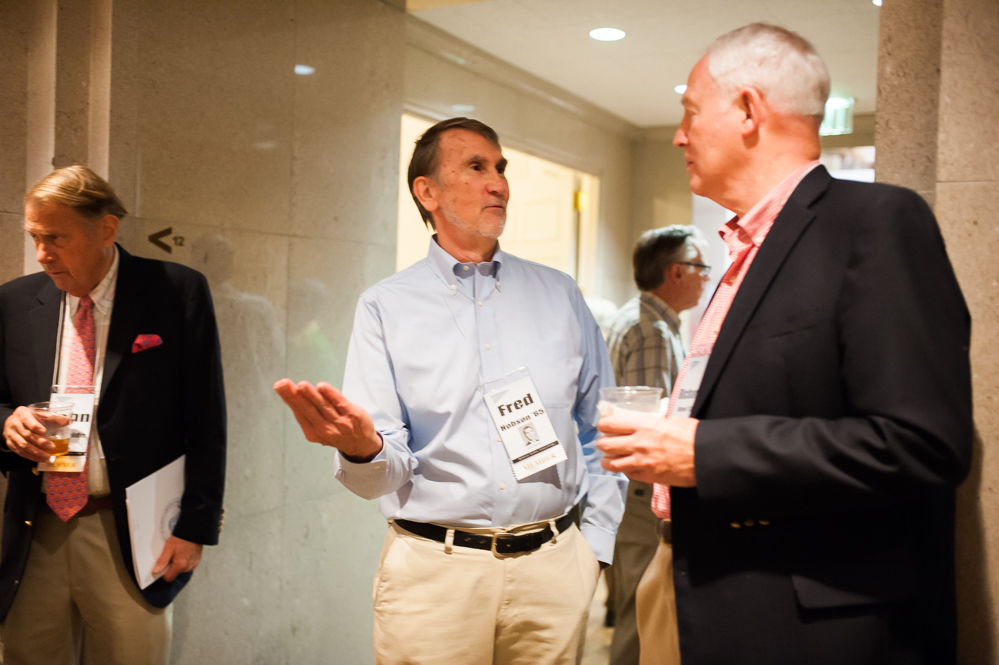 Besides the special events, the main activity at spring reunions is reuniting with classmates, sharing stories from years as students and catching up on what life has been like since graduation.  Alumni also take in the beautiful campus, noting what’s changed and as well as the timeless charm.

Brian Buxton ’70 moved back to Chapel Hill this past year from northern New Jersey: “People ask me what’s my favorite month here, and I tell them January, because that’s when the temperature differences are the biggest.” … “Our class is enormous, about 2,900 people. I know about five people on the list. … I’m looking forward to meeting people I didn’t meet when I was here, and people I did meet when I was here.”

Sherry Wyn Stanley ’65: “I came back to get in touch with people, though I won’t recognize any of them.” … On moving here from Pittsburgh as a student: “Everything here was totally foreign and wonderful.”

Linda Woodard ’70, who was back for her class’s 45th reunion, did not attend Commencement the year she graduated, so she’s already anticipating when her class will get to march into Kenan Stadium when it celebrates its 50th anniversary reunion: “I’m coming back in five years, and I want to walk, hobble, skip across the field.”

Dan Wilson ’65: “The experiences I had at Carolina and in a small Southern town going through a transition were unbelievable.” 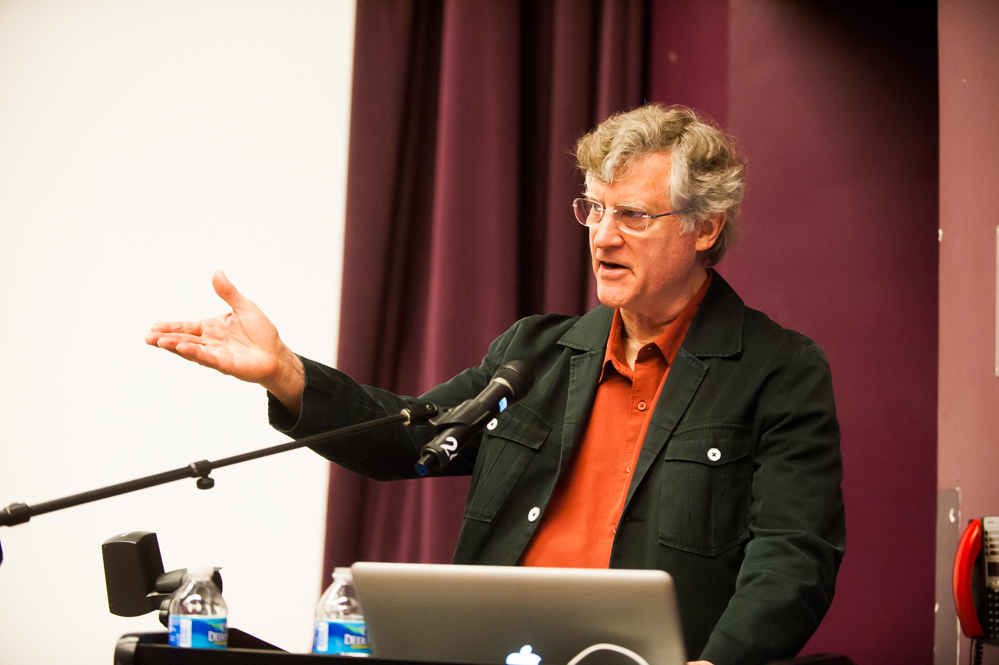 At the Hanes Art Center Auditorium, UNC folklorist Bill Ferris shared a seventh “bonus” lecture, continuing from the lectures available in his online course, “The American South: Its Stories, Music and Art,” that alumni had the option of viewing before arriving on campus for their reunions. “Chapel Hill is Vatican City for the study of the American South,” Ferris told the “students.” (Photo by Shane Snider) 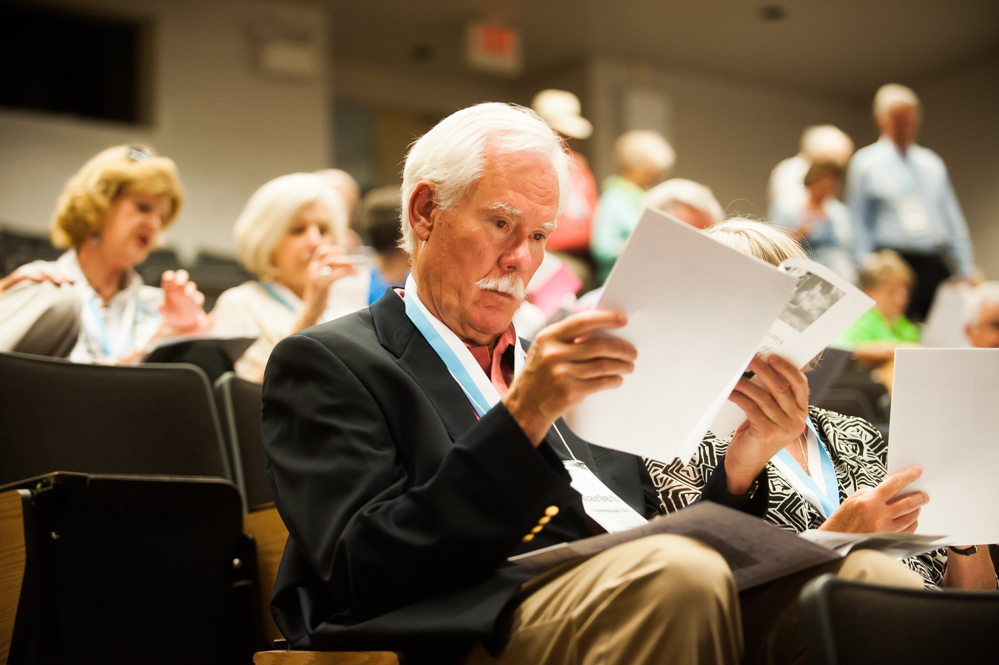 Charles L. Thompson ’65 at Saturday morning’s discussion of media and politics from 1960 to ’64. In early 2006, Thompson wrote about how he came to UNC as an unlikely demonstrator and then finding the courage to stand up for the civil rights of others. Later, he wrote, he questioned himself about whether he had let the movement down. Thompson’s essay appeared in the Carolina Alumni Review’s March/April 2006 issue, available online at alumni.unc.edu/CARarchive. (Photo by Shane Snider) 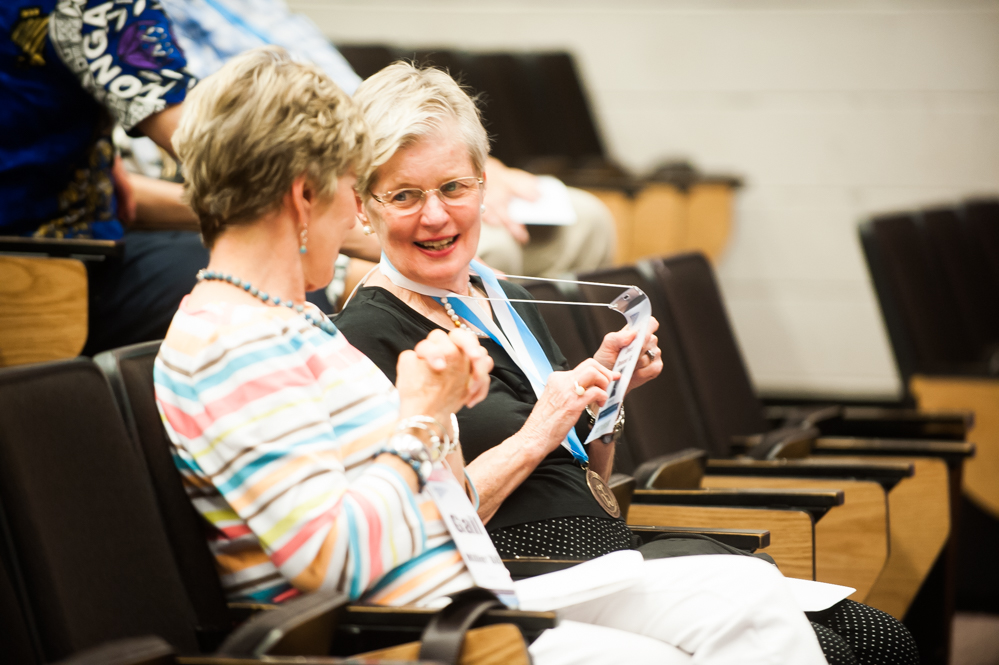 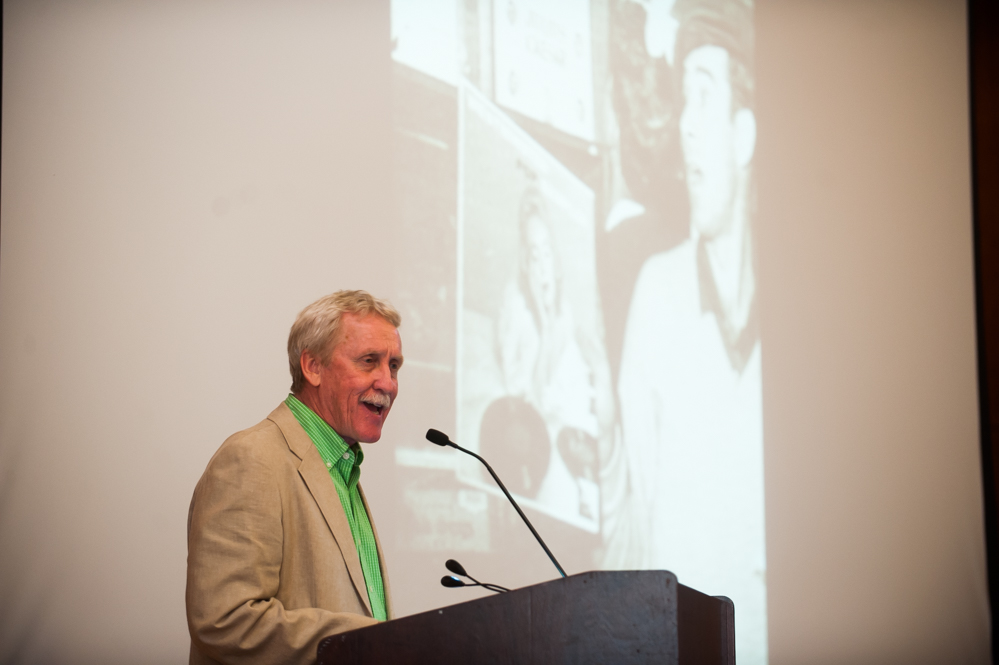 Historian Freddie Kiger ’74 (’77 MAT) was the featured speaker at the class of ’55 reunion dinner. (Photo by Shane Snider) 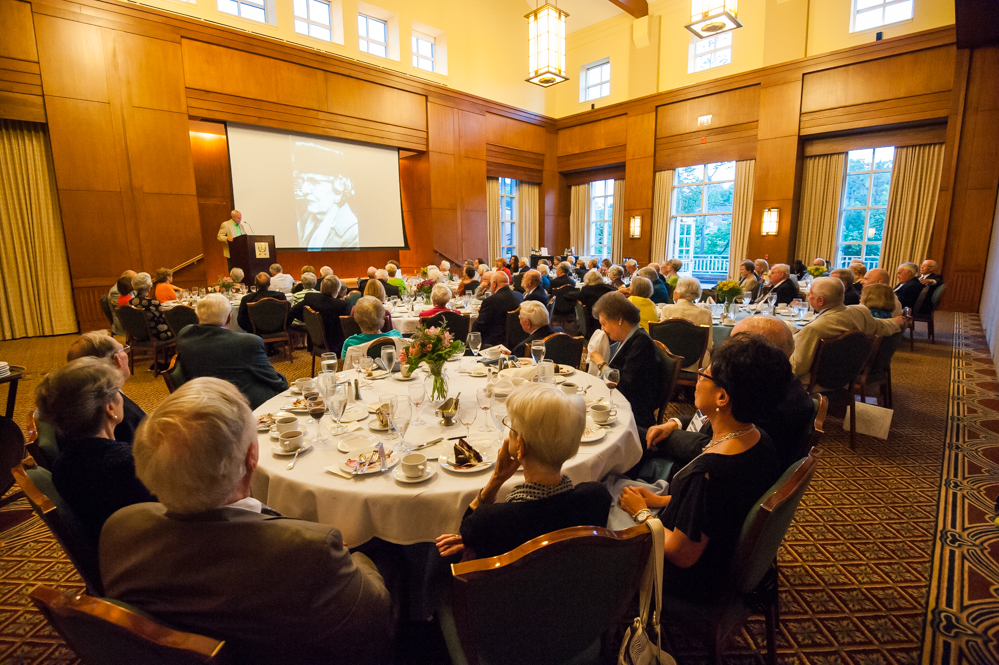 Nancy Whisnant Collins ’55: “If I could go back and relive one year of my life it would be my senior year here. It was fantastic. I was a cheerleader. I had such a good time. It’s a great place.” 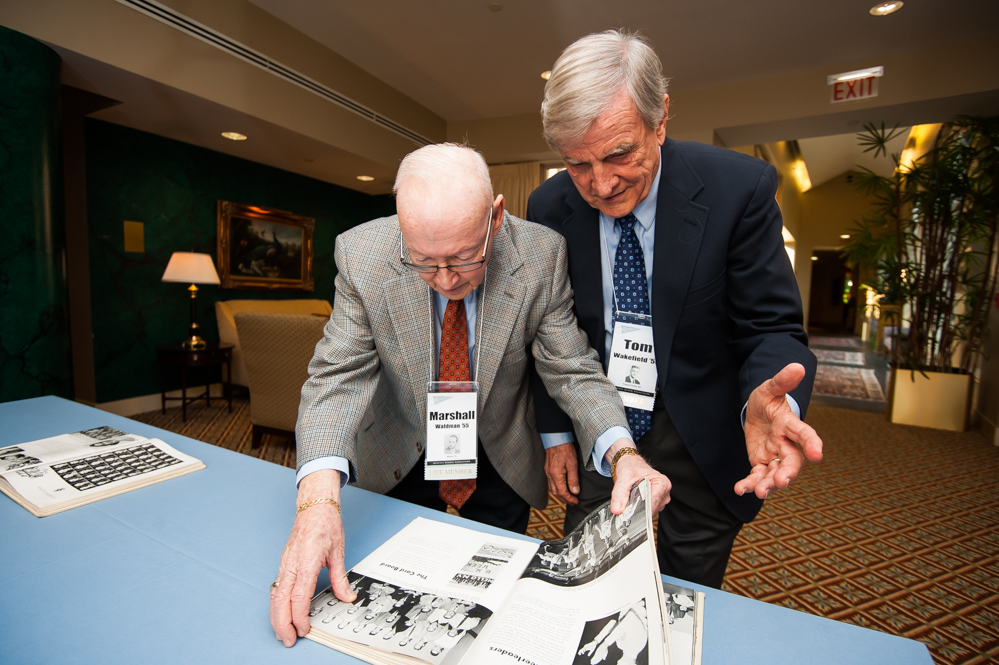 Marshall Waldman ’55 and Tom Wakefield ’55 look over Yackety Yacks from their class years at Carolina. (Photo by Shane Snider) 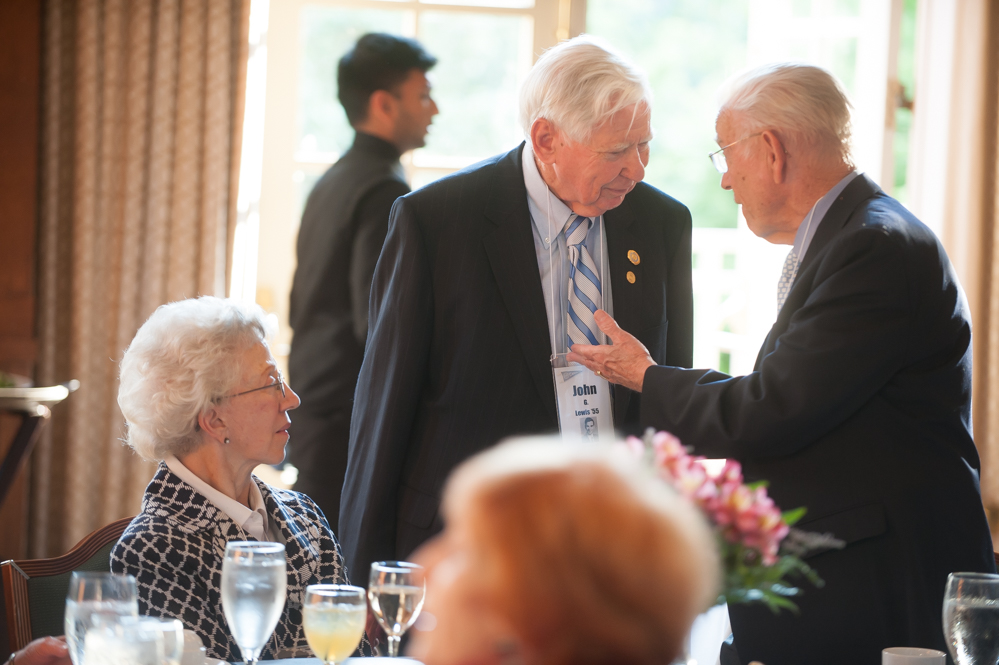 John Lewis chats with a classmate at the class of 1955 reunion dinner. (Photo by Shane Snider) 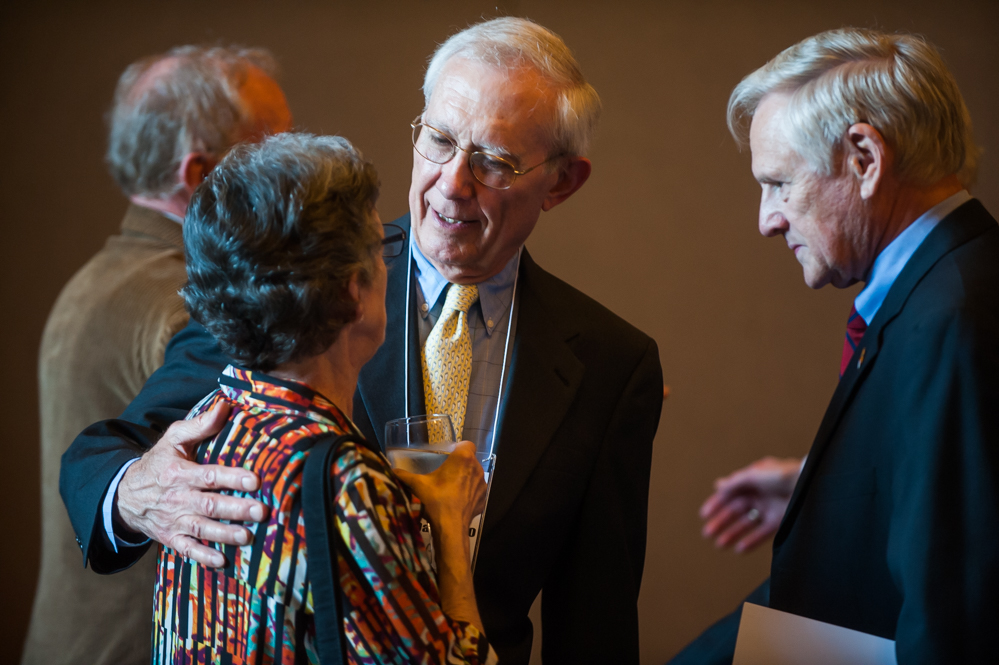 David Parker ’60, who flew in that morning from his home in Corpus Christi, Texas, for the first reunion he has attended: “Memories? Are you kidding? Chapel Hill. That says it all. All the great friends I had. I’m surprised so many of them remembered who I was. It’s been 55 years since I’ve seen several of these people.”