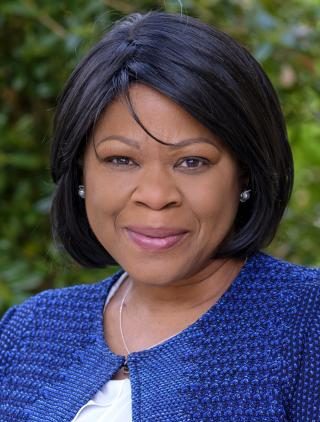 During her second year in law school at UNC, Anita Brown-Graham ’91 (JD) was tapped to lead Minority Law Day, an effort to introduce prospective students of color to Carolina Law. Soliciting help from the Black Law Students Association was easy, but Brown-Graham also included student groups and faculty from other backgrounds.

“It was important to me that prospective students of color not be given the implicit message that only people of color cared about the diversity of the incoming class,” Brown-Graham says. “It was also important for me to say to faculty, ‘It is your job to help these prospective students feel embraced by the entire law school.’ Many were surprised to be invited to participate; not a single person declined the invitation.”

Brown-Graham’s efforts yielded the most diverse incoming class in the law school at that time — not surprising to those who know her well.

A married mother of two who graduated from law school in 1991, Brown-Graham has been a mover and a shaker throughout her remarkable career. She was the first African American to be tenured in UNC’s School of Government, serving on the faculty from 1994 to 2006 and establishing herself as a national authority on economic and community development issues. In 2007, she became director of the Institute for Emerging Issues at North Carolina State University, where she worked with leaders at the highest levels in business, government and higher education to help them find consensus on issues important to North Carolina’s future.

Three years ago, Brown-Graham rejoined the School of Government to lead the launch of the ncIMPACT initiative, an effort that expands the school’s capacity to work with public officials on complex policy issues. During this second stint at the School of Government, she and her colleagues have already devised programs to support communities working on providing more pathways to economic mobility, reducing poverty, extending employment opportunities and stemming opioid misuse and abuse in communities across the state.

Brown-Graham grew up in Baton Rouge, Louisiana, and earned her bachelor of arts in criminal justice from Louisiana State University. A renaissance woman who has made her mark professionally, she has selflessly supported causes by serving on many boards and organizations, including the Research Triangle Foundation, Z. Smith Reynolds Foundation, N.C. Housing Coalition, the North Carolina Justice Center, Blue Cross Blue Shield of North Carolina Foundation, East Durham Children’s Initiative and the Triangle Community Foundation — among others.

From 1998 to 2000, Brown-Graham served as vice president of the North Carolina Association of Black Lawyers. Then-President Asa L. Bell Jr. ’87 said she redefined the position and provided unparalleled vision and direction for the association while planning and coordinating excellent Continuing Legal Education programs for the membership.

Her devotion to Carolina is evident: She served as the keynote speaker for Minority Law Day in 2001 and 2002. She was this year’s University Day celebration speaker and serves on the search committee to select the next chancellor.

In his nomination, Keith Sutton said Brown-Graham deserves the Harvey E. Beech Outstanding Alumni Award based on her exemplary leadership. “She has been an extraordinary leader in the policy and government arena and has set a visionary course for the future of North Carolina and its citizens,” he said.

Brown-Graham is a William C. Friday Fellow, an American Marshall Fellow and an Eisenhower Fellow. The Triangle Business Journal named her a 2014 Woman in Business for her policy leadership and a 2017 CEO of the Year. In 2013 during the Obama Administration, she received the White House’s Champion of Change in Civic Engagement award.

Ask about her career successes and Brown-Graham quickly credits her law school days at Carolina.

“Many people leave law school having mostly learned how to fight ably in the world of winners and losers,” she says. “I left having mostly learned that effective advocacy includes the skill of working across differences to get things done. I owe the UNC School of Law for the gift of that indispensable discovery.”