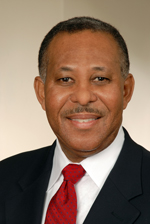 RJR Nabisco once held onto its investment-grade credit rating by a shoestring — and with $15 billion in debt, a frayed one, at that. Ben Boykin ’72, the assistant treasurer at the global corporation, kept it from snapping. He built solid relationships with the rating agencies. Moody’s, Standard & Poor, and Fitch trusted him; and when another tobacco lawsuit hit the company that merged tobacco products and food, Ben talked the agencies through their anxiety and kept them from jumping ship.

If RJR Nabisco had lost its rating, that might have spelled the end for the company. Ben stayed even-keeled throughout the turbulence, said Frank Suozzi, one of his former co-workers. “I’m not sure top management understood how valuable Ben was, because he was never a self-promoter. He was a very valuable guy to have on the team.”

Ben made a point of never hiding bad news and always finding some piece of good news to report as well, a philosophy that continued to serve him well in his later career in politics.

Born in Garland, and president of the student council and senior class at a segregated high school, Ben arrived on campus in 1968 amidst protests against the Vietnam War and in the aftermath of the assassinations of Martin Luther King Jr. and Senator Bobby Kennedy, beginning his college career “among so many people who didn’t look like me.” His introduction to Carolina came when he moved into Alexander dorm and met his white roommate. He returned a couple hours later to find his roommate had moved out. “I thought, ‘I’m in for a long four years here, but I’ll make it,’ ” Ben said.

During his four years on campus, he was one of the founders of the Black Student Movement. He switched his major from pharmacy to business and graduated Phi Beta Kappa. He earned an MBA at Northwestern University’s Kellogg School of Management, then returned to North Carolina where he became only the third black CPA in the state. As an accountant at the firm then known as Deloitte, Haskins and Sells, he worked with some of the most powerful people on Wall Street at a time when he’d walk into conference room and note the flicker of surprise from people not expecting to see a black man among the elite group. “You have to play the cards life gives you,” he said. “You work them to your advantage. You learn something from everyone you come in contact with, even if it’s, wow, I really don’t want to be like that person.”

By the time Ben retired from RJR Nabisco, he was the highest ranking African-American in that multinational corporation. He started his own financial consulting firm and made time to make changes in his community. He was elected to the White Plains, N.Y., board of education, serving seven years before he was elected to White Plains’ city council, serving as its president three times. By the time you read this, he may be a newly elected Westchester County legislator.

His campaign manager, Bill Alexander, observed, “In politics, everyone does not love you every day. You have to stand up for what you think is right, because you’ll get tremendous pressure from groups on any issue.” Ben traveled that moral high ground throughout his life, reaching out to help others succeed along with him, said Rodney Cheek ’75, a co-founder of BSM. He has been

honored by civic awards from his fraternity, Omega Psi Phi, and the Democratic Party. Regardless of his professional commitments, Ben has made time to serve on boards of nonprofits, mentor young people and connect people who can help one another. “Ben networked before networking was fashionable,” Rodney said. “Just look at his portfolio of friends.”

To encourage the diversity at UNC that benefits students, he has recruited minorities to Carolina, and he is very proud that his daughters, LaSandra Boykin ’00 and Nicole Boykin ’05, graduated from UNC.

Ben has cleared paths for many others, and he appreciates others who paved the way for him. “I come back to Chapel Hill and see all the changes,” he said, “and I think, ‘Maybe I had a little part in that.’ ”