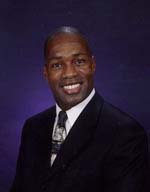 As a youngster, Kraig Holt ’82 had the makings of a baseball star. He and his older brother, Keenan, had a lock on the MVP award during their grade-school years. But one of Kraig’s friends joined the team and routinely played benchwarmer. Kraig began working with the kid during whatever free hours they had, throwing pitches for him to hit and hitting pop-ups for him to catch. Keenan, who now owns a fitness center, worked up a diet for the boy. By the end of the season, the former benchwarmer had been named Most Improved Player.

Even as a child, however bright his star shone, Kraig didn’t want to keep all the glory for himself. He helped others become their best selves. And that’s still true today. He mentors, he guides, he shores up and refocuses young people to set them on a path to success. He has nearly a half-dozen nieces and nephews, another layer of great-nieces and -nephews, and godchildren in the double-digits, and he never forgets a birthday or special occasion. At important life events, he’s there in person.

“What’s most important are those coming behind us,” Kraig said.

Though his father died when Kraig was but a toddler, he was nurtured by role models strong in love and self-discipline.

As a science and math guy, Kraig thought he’d go to an engineering school, maybe near Baltimore, where he was born and raised. But the offer of a Morehead Scholarship shifted his focus. He visited Chapel Hill for the first time for his Morehead interview, a late February weekend that was winter in Baltimore and full spring in Chapel Hill. The warmth sold him on Carolina, not just the weather but the warmth of the people, and that lasted throughout his years on campus. He made up his mind then that he would plant his roots somewhere in the Carolinas.

His mentors suggested Kraig consider medical school. But he had no passion for the idea, and instead stayed on at UNC for an MBA to make himself more marketable. IBM snapped him up, and he’s been with the company and in Charlotte for the past 30 years. He specializes in sales of mainframe software to large corporate clients and has been recognized repeatedly as a top sales executive nationally and worldwide.

Kraig stayed connected to Carolina over the years, forming the Metrolina UNC Black Alumni Club that evolved into the GAA’s Charlotte Black Alumni chapter. He has served on UNC’s Board of Visitors and the GAA’s Board of Directors. A life member of the GAA, he also is a founding member of the Light on the Hill Society and serves on its board.

As an undergrad at Carolina, Kraig joined Omega Psi Phi, and the fraternity’s motto, “Lifting as We Climb,” became a guiding philosophy in his own life. Growing up, he’d had a “big brother” through Big Brother Big Sisters, and once he was old enough, he became a big brother and mentored a boy through to young adulthood. He has mentored teens through the 100 Black Men of Charlotte and served as its president and chaired several key scholarship fundraising initiatives. He also was appointed to the board of the Urban League, focusing on workforce readiness.

A man of strong faith, Kraig is active in his Baptist church in Charlotte, leading teen groups, serving on advisory boards and chairing the board of trustees.

Kraig and his wife, Marissa Richardson-Holt ’88 have traveled the world. His sweet tooth is legendary, and friends know him to plan dinner around dessert. He pays attention to details — a handwritten thank-you note, for instance, or calling his mother regularly.

His word is his bond: If he says he’s going to do something, you can count on him getting it done, and he expects no less from those around him. Whatever he sets out to do, he does well, whether it’s devotion to his community or playing to win Jeopardy with his mother — who sums Kraig up this way: “He loves God and shows it in many ways.”