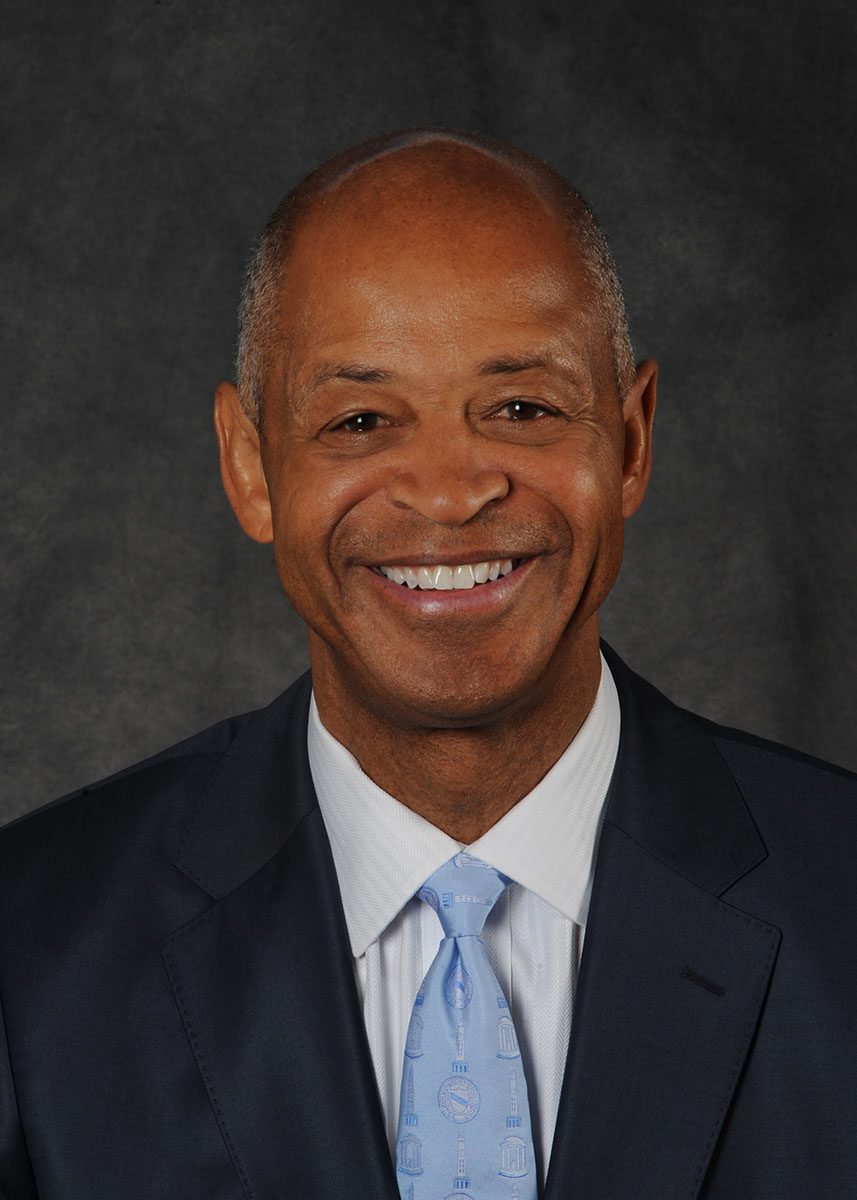 Dr. Martin Luther King Jr. once said, “Life’s most persistent and urgent question is, what are you doing for others?” For Dr. William Augustus Keyes ’75 (’18 PhD), the answer is a lot, and Carolina has oft been the recipient of his generosity.

A member of the UNC Board of Trustees from 2015 until this year, Keyes served as its secretary and as chairman of the External Relations Committee and vice chairman of the University Affairs Committee. For more than 20 years, he has served on the Board of Advisers for the Hussman School of Journalism and Media, and he also served on the Board of Directors of the Journalism Foundation. Moreover, in 2004 Keyes created and funded an internship program in Washington, D.C., for UNC journalism students.

From 2006 to 2010, he served on UNC’s Board of Visitors, and he also has served on the Graduate School Advancement Board. Keyes worked with Terri Houston and the Office of Diversity and Multicultural Affairs to create the Leadership Institute, which served several hundred students from underrepresented populations by providing personal and professional development training and affording them opportunities they might not have otherwise gotten.

Keyes has been tapped for the Order of the Golden Fleece and the Frank Porter Graham Honor Society. He is a Life Member of the General Alumni Association, and in 2014 the Washington, D.C., Black Alumni Carolina Club named him its first “Local Legend.”

“In all of his endeavors, Bill goes out of his way to make time for Carolina students — especially black students who are seeking a role model or sympathetic ear to help guide their way on what for some can be a large, impersonal and intimidating campus,” said Keyes’ close friend Sam Fulwood III ’78. “As a trustee, he engages members of the campus’ African American communities, such as when he invited the UNC Gospel Choir to perform at his very first meeting as chairman of the trustees’ External Relations Committee.”

For the last 17 years, Keyes has served some of America’s best and brightest African American male college students through the Institute for Responsible Citizenship, which he created. Institute alumni have become Rhodes, Fulbright and Truman scholars, as well as PhDs, MDs and JDs and have earned graduate degrees in other disciplines.

For his extensive work in education, Keyes was presented the Mac A. Stewart Distinguished Award for Service by the Todd Bell National Resource Center at The Ohio State University, the Dr. Asa Hilliard Model of Excellence Award from the College Board, the Warrior Award at the International Colloquium on Black Males in Education and several other awards.

As a member of the UNC class of 1975, Keyes studied political science, which led to his desire to work in national politics in Washington, D.C. Last May, he became the only person in the University’s 226-year history to earn a PhD  (communication studies) at UNC while serving on the Board of Trustees.

“I have known Bill for many years, in fact since our undergraduate years, and in my view he has always been an outstanding member of the University of North Carolina community,” said another close friend, Charles Watts ’77. “

Keyes’ creation and continued development of the Institute for Responsible Citizenship reflects his long-term commitment to community service. His recent expansion of the program to Durham, Greensboro and Charlotte is even more evidence of the depth of that commitment to community service in the state of North Carolina — even as he continues residing in Northern Virginia — and to the success of young African American men.”

A native of Washington, North Carolina, Keyes has an intense passion for giving that was instilled in him by his parents. He is generous with his time, talent and resources and often says he will either give away everything he has or use it to bless others, and, as a result, there is nothing he needs that he does not have.

Keyes and his wife, Lola, have a daughter, Lola Elizabeth, and a son, B.J., who is a first-year MBA student in the UNC Kenan-Flagler Business School. They also have two grandsons.