College Stories 2011: A Home In The Crowd

A Home In The Crowd 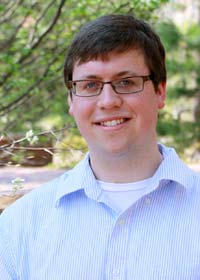 I had been waiting to come to Carolina my whole life, but the first time I felt apprehensive was right after my family drove away, leaving me standing outside Hinton James. All the students had come out on the lawn for a mixer and I stared at hundreds of unfamiliar faces. Other than my roommate, I knew no one. I began to wander around aimlessly. I walked into some groups, must have shaken a dozen hands and shouted my name over the music to people who probably immediately forgot it. Like many people faced with a new town and an unfamiliar group of people, I struggled to find my place in the crowd.

When I imagined attending Carolina, I envisioned Wilson Library and the enlightening discussions I would have in classes. I had not prepared how to spend all the hours in between. That first night, on the Hinton James lawn, I realized that I needed to adjust my expectations of Carolina. If I were to fit in at this University, I needed to immerse myself into student life.

I started trying right away. I began to walk the fifth floor of Hinton James to meet my neighbors. In my hometown, Elizabeth City, I had spent the first part of my life learning the art of Southern conversations that happened after church, in grocery store parking lots, at the Barbecue Barn or the trash dump. So I began to spend hours each week doing just that, wandering from suite to suite meeting people. I learned to seek out others rather than waiting to meet people. I have friends today because I just walked into their open doors and started talking to them.

When I consider the UNC experience, the strongest memories I have are deepening the bonds of friendship with roommates, suitemates and neighbors.

It turns out being in crowds would become a regular occurrence in Chapel Hill. One night, I joined friends in dressing up to go to a costume party off-campus. Our guide, dressed as a clown, led us in the wrong direction through the woods behind the baseball stadium. Just after midnight, we ran into a middle-aged man who scared us all just by saying hello. We realized we were lost. Drivers along 15-501 that night witnessed a dozen tired, confused and costumed freshmen walking alongside the highway. We finally called a taxi company and told them to send a passenger van and tell the driver to look for a clown and a person wearing a robe and shower cap, me.

At my first UNC home football game, I was surprised, when, at the end, the stranger next to me wrapped her arm around me. As I heard the voices singing Hark the Sound, I put my arm around her as we began swaying back and forth. It was the first time in my life that I had felt connected to that many people at once, many faces with many stories, all united wearing Carolina blue colors under a Carolina blue sky, all proud to be Tar Heels.

In March of 2008, we were devastated to learn of the murder of Eve Carson, our student body president. In my Carolina T-shirt, I walked to Polk Place, where the chancellor had invited everyone to grieve together. I had never seen the Pit so silent. Students huddled close together, probably struggling, like me, to understand the darkness that struck our community.

When the chancellor finished speaking, the Bell Tower began chiming a familiar song. It was Hark the Sound. If anyone ever asks me about the Carolina Way, I will tell them how 5,000 people joined arms, stood shoulder to shoulder, and lifted their Tar Heel voices when we needed it most. It was more than grief that united us that afternoon; it was love for a university and for a student who personified the best of Carolina.

The day reminds me of the rarely sung final words to Hark the Sound:

Naught can break the friendships formed at/ Dear old N.C.U.

When I graduate in May, it will mark the end of my time as a student in a crowd of other Carolina students. During Hark the Sound, Tar Heels will join arms one last time before we will turn our tassels and face the world we have been taught to prepare for.

I will not be thinking about the future, though. I will be just one of thousands of blue-robed students, thankful for the blessing of these past four years. If I ever run into another crowd of Tar Heels, I will not need to search to find my place — I will have already found it.

Julian March ’11, of Elizabeth City, majored in journalism and mass communication and minored in sustainability. He starts work as a reporter for the Wilmington StarNews after graduation.