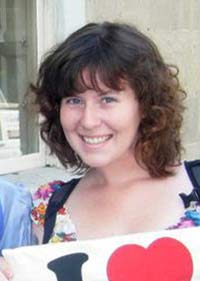 One day in my senior year at Carolina, I realized that I had given up normal punctuation and breathing. In high school, I used to scatter commas, periods and semi-colons across my pages like they were those little spherical sprinkles that come in primary colors to brighten up the cream cheese frosting on red velvet cake, and — I don’t want to brag or anything — I actually mastered breathing on exiting the womb.

It happened suddenly as I was reading aloud a piece I had written for a creative nonfiction class. I was halfway through a page-long paragraph, still in my first sentence, and my air was running out. The letters on the page began to swim around like pepper flakes in a watery soup, and I gasped a huge gulp of air that completely destroyed the excited, garrulous cadence with which I had previously been gracing my classmates. I looked around the table (my class was small, just 10 or 15 of us) and watched a collective inhale and exhale; we had all been running on that one long breath together. Professor Shapiro sat at the head of the table, and his exhale was a laugh.

It had taken me a lot of soul-searching hours to self-rationalize that my life could be worthy of recording at all. At 21, the most exciting thing that had happened to me was a semester abroad in England. And no one wants to read another soppy “my life changed because I realized that home really is where the heart is” or “people really are the same all over the world” or “family is not always biological” story. Yet I led a boring life and planned to write a collection of short memoirs about my experiences studying abroad simply to avoid recounting high school marching band or awkward freshman year dining hall encounters.

As I began sifting through old memories and tried my hand at writing a memoir, it became clear that nothing in my life was meaningful enough to evoke the interest of an audience. Study abroad had been one long term of debauchery and travel, alcohol and drunken kisses and stumbling home at four in the morning, reading only what I desperately needed to in order to pass since my credits came back pass/fail, adjusting to life in another country as I lived in a house with 11 other girls, slowly falling in love with a boy whose fishbowl-like kitchen window was across the courtyard from mine where I could stand behind a curtain and watch him strum his guitar and tune it and pluck a few more strings. I had read it all before. I had heard it all before. People really are the same everywhere, so why on earth was I going to try to record a list of ordinary enough events and try to project meaning onto them.

I had a class to pass, damn it, so I was going to give it the old college try.

I sat up late the night before class in the living room of my shared apartment and at midnight had written nothing more than “My plane landed at Manchester International Airport.” My roommate, Kristen, walked in and sat beside me on the couch, throwing her legs over my lap like she’s been doing since we gossiped in sixth grade, or rode a charter bus to Indiana in 11th grade for marching band, or when we finally got a futon in our freshman dorm room and stayed up all night just because we could even though it was Tuesday to watch a marathon of Disney movies.

“Why don’t you start with a sort of introductory overview? A greatest hits collection of study abroad memories?” She stood and handed me the laptop that I had fitfully shoved under the sofa almost an hour earlier. “You can pick and choose from the greatest hits when you are ready to write more, but, if you don’t get something down to turn in, you’re going to fail your first English class ever. That won’t look good on your transcript.”

She went to bed and I rushed to log every anecdote I had been telling since I landed, sobbing, at Raleigh-Durham International Airport in December 2008. But, at the end of the hurriedly crafted list that came out in bullets, paragraphs and run-on sentences, I suddenly realized that I needed to capture not a particular event but rather a feeling that ran as fast and as hard as my fingers had flown over the keys and permeated my list. The strange, immediate, superb intimacy that snuck up the very first night at Finsthwaite House in Lancaster when Sophie and Neen cooked us all curry and Natalya stumbled bleary-eyed up the stairs as Lisa wafted cigarette smoke out her window that blew straight back into mine and Katie and Amy the unintelligible freshers with their Northern accents stared at me like an exotic bird as Carmel laughed with a real ha ha that was grating and endearing at the same time as I embraced a culture that I had been told would reject me but that rather wrapped stiff British arms around me and gave me a curt pat on the shoulder and a cup of tea.

As I read my memoir out loud in class, breathless, I realized that sometimes there is no time for commas or for breathing.

Leslie Taylor ’10, of Clayton, majored in English with a minor in creative writing. She is pursuing graduate coursework in English and education at N.C. State University.