College Stories 2011: Dinner and a Show

Dinner and a Show 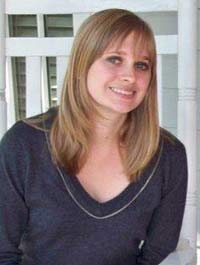 Making friends in class is always a challenge. For me, at least. I’m not a shy person around my friends, but I have to make the friends in order to open myself up. I have a formula for the beginning of each semester: I’m quiet the first few days because I like to think I’m “getting comfortable with the class,” but really I’m just being moody. After those few, painful days, I’m ready and willing to talk to people, but then they’ve already made their friends in the class so I end up silently cursing my silent self. My acting class was no exception at first. Acting for Nonmajors, Part One. You know you’re in for a good time when the name of the class suggests how easy (in terms of getting an A) it is, but because of the content of the class, it was focused on student interactions instead of just having to passively listen to a professor lecture. In simple terms: I needed to make friends in this class. I didn’t that first day, but it’s hard to make friends when you sit by yourself with your arms folded, looking straight ahead as if to say “don’t talk to me.”  The thing about an acting class, though, is that it is a class based on vulnerabilities and criticism, and, if nothing else, those two things will bring people together. Slowly, we began to open ourselves up to each other and our relationships progressed from friending each other on Facebook to texting, and then to talking face to face for the few minutes after class ended before we had to leave for other classes. Those few minutes were nice, and I felt closer to my classmates, but it wasn’t enough to feel really close to them. Until that day we decided to go to dinner. I don’t remember why we decided to organize a dinner — probably because we wanted to get to know each other outside of a class in which we were constantly screaming and running across the room, all in the name of “acting.” Not everyone went, just a few of us who either could or actually wanted to. There were probably 10 of us who went. I remember that we went to R&R and that we sat at a really high table and my feet dangled off the ground because I’m five foot two and I felt like I was in a high chair. I remember that I ordered a hummus plate and they gave me a mortar and pestle in order to crush vegetables to put in my hummus (as I’m from the suburbs of Cary, and making hummus means going to Lowes to buy it, this idea of using the pestle was strangely primitive and fascinating). But I mostly remember the conversations. Just getting to know the people outside of the actors. One girl talked about her summer plans, and the fact that Paris was thrown about casually should convey my jealousy to you. Of course, we talked about the class because it was the link that connected us, but we also found links that connected us in other ways. Some people had mutual friends, others had been in classes together before and never known it. This is one of the beauties of Carolina. You get to know someone and you find that you have a number of other connections to that person. Even though it’s a large university, it feels so small. We got ice cream and then sat outside on the brick wall that connects the campus to Franklin Street and talked some more. We just sat, taking turns to talk and taking turns to listen. People passed us for a while, and then it got to the time of night where people didn’t walk by as frequently, but we still sat on the wall talking. Class was different after this night. I was no longer nervous to perform because I knew the people and knew they supported me. We helped each other out — we read lines, helped choose monologues, and one friend and I recommended good books to each other (welcome to Carolina). This was two semesters ago, but the other day I ran into a friend from the class and she gave me a hug and we talked. It was as if no time had passed. College is a culture, it’s not just a school. The academics aren’t everything, but that’s hard to remember in a society that rewards good GPAs and extensive resumes. I have to remind myself of this memory of The Dinner Incident to push myself to get to know people in classes. Not to just study with them but to connect with them.

Emily Milks is a rising junior and is majoring in English. Originally from Cary, she hopes to pursue publishing and continue writing somewhere far away from her hometown.