College Stories 2011: Fly on the Wall

Fly on the Wall 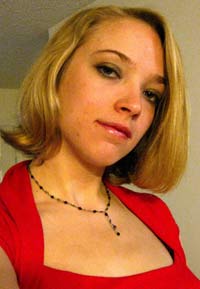 The old saying goes that everybody in this world has a story … it just takes someone to listen. Through the journalism school at UNC, I learned the true meaning of that phrase and how unique everybody in the world truly is. I chose Carolina for the sole purpose of attaining a degree in journalism because of my passion for the subject. I expected to gain a firsthand experience through UNC, but I never imagined the type of experiences I’d discover on my own by telling other people’s stories through audio, video, writing and photography.

I traveled outside of the typical college life “safety zone” to places that I would not have ordinarily gone in order to meet and interview people I probably never would have met. One experience that I remember well involved a final story for a news writing class in my sophomore year where I had to write a story about a prominent person around campus. I chose a man named Ron, who was homeless, and was always sitting in his chair on East Franklin Street playing his guitar. Everyone knew the guy in the chair with long hair, hat and guitar, and I was interested in the life he had lived and how he ended up in Chapel Hill. I went up to him one day, told him about my assignment, and he agreed to do the story. I interviewed him for about an hour and found out about his life, which was filled with 1960s’ adventures, including his story about avoiding the draft for the Vietnam War. He told how he left home when he was 14 years old, went to California in the ’60s and became a drummer in a band. From this experience, I learned that everyone has a story; it just takes the time and interest to listen to it and only then do we realize that it is all the little stories that create a person and direct his/her fate.

By reporting on various stories and seeing how each individual story was specific, I found a need to try to tell the most interesting and emotional stories out there. I recently worked on a video project involving a nonprofit organization which focused on an individual who had been affected by that organization, and I traveled to Durham to hear that person’s story. Being an 83-year-old woman living alone in a rough area, she dealt with various conflicts involving the loss of her husband years ago, her children growing up and moving away, living in a rough area in constant fear, and dealing with financial problems. Through this project, I really connected with her and her story to the point of going into some emotional “soft spots” of her life, which caused a form of a friendship to emerge between us.

My journalism major pushed me to go into surrounding areas to find stories I would never have known, to meet people and hear their stories and to realize how invisible most of us are in today’s society. Journalism reminds me to listen because each person has something to say. Carolina impacted my life by testing my limits and giving me the ability to experience the real world. As I graduate, I do so with more expansive views than I came with four years ago. I realize that there is a whole new and different world out there; I just have to be willing to look, listen and understand.

Katie Lubinsky ’11, from Southport, majored in journalism and mass communication and American history. She plans to work as a multimedia journalist and to one day use those skills to travel the country creating documentaries.