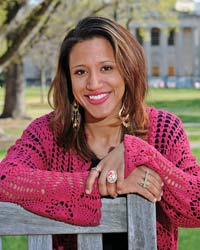 The party tickets were $10 as long as you came in your costume. As a freshman, I was beyond excited for my first Halloween in college. I needed to get my ticket from a friend, so I pulled out my phone to call from the bus after class that Friday afternoon. Before I could dial, my phone rang.

“Mom? What’s wrong? Why are you crying?”

“Honey, you need to come home. Your dad … had a seizure … they think … they think he’s brain dead.” She didn’t say everything would be OK.

I don’t remember what I said next. I just remember crying in the middle of the bus, everyone staring at me, and me screaming at the bus driver to pull over so I could get off; I needed to get off of that bus. I had to be by myself. Alarmed, the bus driver pulled over near the sidewalk, nowhere near the next designated stop, and I ran off the bus, followed by a group of people — some of them friends, some of them classmates, some of them just kind, concerned people trying to do the right thing.

“Emanuela, we’re going to walk you to your room,” someone from the group spoke up.

“Emanuela …” It suddenly seemed like everyone was speaking at once, asking questions, protesting my desire to walk alone, offering support and personal stories. Ignoring them all, except for a mumbled generic “thanks,” I waved hastily at the group, which was growing by the minute, and sped down the sidewalk to my dorm.

In my room, I pulled out a suitcase and started throwing random items in it. What do you pack for this? Was I supposed to pack a funeral outfit or something? No. He was going to be fine. But Mom was crying, she wasn’t in control, she never said it would be OK. So it wasn’t going to be OK. But still, no funeral, no death, just pack. OK, basics. Pack underwear. I threw at least 10 pairs into the suitcase. When I got home, I realized I had essentially packed my entire suitcase full of underwear, socks and some T-shirts. No pants, no skirts, not even tights, nothing whatsoever to constitute a bottom half of an outfit.

I looked around for something close that I could throw at the wall. Stuffed animals. I threw them, hard, one by one. It wasn’t helpful; they made no noise, no satisfying smashing sound.

People in the hallway passed by my room, chattering about Halloween, asking around if there were any tickets left for the party because everyone knew by then that it was sold out; it was the biggest party of the year so far. I stared out the window. It was cold outside, but it was beautiful; the ground was covered in a palette of red, orange and golden leaves, some decorating the middle of crosswalks, others framing the walkways to the red brick buildings. Fall was my dad’s favorite season.

My dad died two months later, on Dec. 28, 2008, over my winter break. I stayed home for an extra week and then returned to UNC for my second semester as a freshman. One part of me thought I was crazy; there was no way I could engage in regular conversation with my classmates, act as though I cared about which party was which weekend and which classes gave the most A’s. Even worse, there was no way I could do any schoolwork, let alone do it well. But my dad had wanted me to go to UNC, he had wanted me to take advantage of every opportunity life gave me, so I couldn’t just stay home in Maryland and cry, sleeping 20 hours a day; I had to return to Carolina. If not for me, then for him. So I came back, and two years later, I’m still here. I miss my dad more than I could explain, and sometimes the pain overwhelms me, but I’m also a typical student; I worry about papers, I eat pizza at three in the morning to cram for exams, I consume caffeine like it’s water, and I love my school. But my love has an extra dimension, because when I forced myself to come back here, I didn’t know I was saving myself; I didn’t realize that each homework assignment, each decision of what to eat, each walk to class, each conversation with a classmate, was an act of living. Carolina forced me to get out of bed every morning, to think about my future when all I wanted to focus on was my past, to see hope when all I could feel was pain. Carolina helped me heal.