College Stories 2011: Throwing Out the Map

Throwing Out the Map 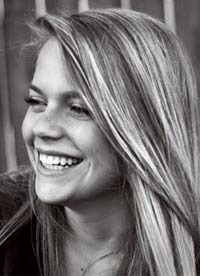 Ever since I was 6 years old, whenever my family would go on a trip, I would pull out the huge book of road maps my dad always packed and figure out where we were headed. My mom thought it was funny; funny that a 6-year-old was concerned with driving directions instead of being concerned about more important 6-year-old things like Barbie or I Spy.

Now, it all seemed ironic to me. Here was a girl who grew up with a great sense of direction, and at 21 years old she had absolutely no idea where she was going.

The air burned through my lungs. Even being Northern-born doesn’t prepare you for the first bitter cold in Chapel Hill. It also didn’t help that I probably hadn’t ran in about a month. I don’t like running. I’d rather ride a bike or play a sport. Running is a last resort in my book. But today I just needed to get out.

To say that I didn’t know where I was would be inaccurate. I knew exactly where I was geographically. I had explored the Battle Creek trail enough to know that if I went right I would end up near the Forest Theatre, on the northeastern-ish side of campus.

Where I was headed on the road of life — that was what I wasn’t so sure about.

I decided to go right, to head toward campus.

Thoughts raced through my mind, bouncing around, triggering new ones to manifest, creating a jumble in my head.

In six months I would graduate and then what? For the past 21 years, just like my family trips, I knew exactly what the next turn in my life was. But now, I had no clue. What am I doing? Where am I going?

The answer kept coming up as one giant question mark.

The thought had popped into my head just like the ones before it, but this one was very different. It wasn’t a question, but rather, a suggestion.

Maybe not knowing could be a good thing.

I thought about the past four years of college. About how many things I hadn’t seen coming. About how many of my most favorite memories were almost always serendipitous.

I walked onto campus; barely anyone was out because it was so cold. I walked past the Old Well and across the upper quad. I had been so focused on where I was headed that I forgot to stop and celebrate where I was. I shook my head and headed home.

Megan Winterhalter ’11 majored in journalism and mass communication. She plans to pursue a career in advertising and continue writing.