College Stories 2011: Where We Come From, What We Share 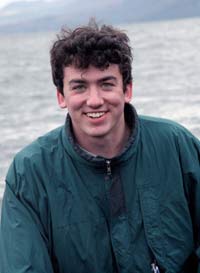 In any given semester, there are some 50-odd boys playing for UNC’s club rugby team. Of these, maybe 10 will be international vets. You will know them both by their accents and foreign turns of phrase (the Aussies’s “stickybeak” is gossip; to the Brits, “chuff” means bad) and their eclectic collection of practice jerseys and socks. Sometimes, they wear pink.

Another 20 or so players will be out-of-staters. These guys are from everywhere between Florida and Washington state, California, Iowa and New York. No one, as of yet, has come from South Dakota. But we have great hopes.

The remainder of the team will hail from the great state of North Carolina. Huntersville, Henderson, Lumberton, Asheville, Rocky Mount. These guys taught me two very important things. First, North Carolina looks like a hand with the fingers held together in a salute. And second, people from small towns can take a while to tell you that they are. I remember someone from Horse Shoe, a one-traffic-light town somewhere near the last joint on your ring finger, saying, “In the western part of the state.” Then, “South a ways from Asheville.” Then, “Sort of near Hendersonville.” And after 20 minutes, “Horse Shoe, you probably don’t know it.” I didn’t then, and I still haven’t figured out why that mattered.

Of course, not everyone is from Horse Shoe. Nor is everyone from Ringwood, England. And demographically, I know that the rugby team is by no means a representative sample of UNC. We have no women, for example. But for me, the team manages to encapsulate UNC nonetheless — a little microcosm of who comes here and why, how everyone is from a place that can teach you something, a hundred towns and shotgun houses and apartment complexes, each with something to recommend itself. All the time, I find myself thinking, “This is the point.” Yes, I came here from New York to do classics, write papers, try new things. But more than that, I came here to meet people from corners of the world I knew nothing of. Then see what we could show each other. This, it seems, is college.

One friend from the English countryside, whose boarding school experiences taught me to see the virtue in a delicate balance of Spartan work ethic and love of Milton, is one of the few people I know who can comfortably recite Henry V while doing bicep curls. Another from the hometown of Cheerwine (for which I still have no taste) taught me how to build things. Together we have made a bar for the house in which we all live now and a frame for the hammock where I take my naps. There also are plans for a boat, a bridge and a pulley system to ferry sandwiches from the kitchen to the living room.

We spend a lot of time together in that living room, watching SportsCenter and joking around. Sometimes it sounds like classic stand-up: Someone notes the absurdity of a car ad’s suggestion that the thing practically drives itself; someone else impersonates the Knight Rider car gone rogue, demanding a shrubbery before it leaves your garage; and someone else makes a bunch of guttural popping noises that are either pistons firing in a chamber or the car becoming self-aware. No one’s sure.

This kind of humor, by the way, is a good analogue for friendship. Everyone brings a basic understanding of norms — what cars should do, what they sound like — then people riff as they see fit. It works when someone’s riff surprises you but not so much that you’re dislodged, forced to continually rework those norms. What’s amazing about the rugby team is how often the riffs land. Sometimes I hear Alex (the Brit) and Travis (of Salisbury) bat around a joke for minutes on end, then bring it home to something serious — trouble in an econ class, spurned affection for a lady friend. Then they joke some more and send themselves to the floor in fits, the only trace of humor left some word they can barely find the breath to say.

Language, spoken or otherwise, is the locus of any joke. And Carolina, I suppose, is the locus of our friendships. It’s this medium — vast, airy and verdant — through which we have grown to love each other. Weirdly, I think about this a lot on the rugby field. I’ll be slow to get up from a hit and spend a while on the ground, watching those two chase down the next play. I think about what it means to be foreign, to be different, the long tails of history each of us brought along when we came to Carolina. Things seem so improbable: Who I am. How we get along. Like the odds of picking a random key off a janitorial ring of them and finding it fits the door to the very closet where your confiscated water balloons are being kept.

Sooner or later, I always get back up off the ground, pull up my socks and trundle down the pitch. Alex might scoop up a wayward pass and flick it on to me. I could ship it off to Travis, and soon we’d be scoring in the corner. What’s important now, it seems, is less how we all get to that moment on the pitch than the moment itself, or what comes after. Strangers in a strange land — perhaps. But friends, too. Even brothers, maybe. And in the end, it’s the jokes, the victories, the stories. This is what we take away from college: the overwhelming rush of discovering all the things we have in common, starting first and foremost with this school, this old and ever-changing place we share.

Evan Rose ’11 is an economics and Greek and Latin double major from New York. He plans to move back to the city next year to work in management consulting.