Her Campus Website Ranks Carolina High as an ‘Olympic U’ 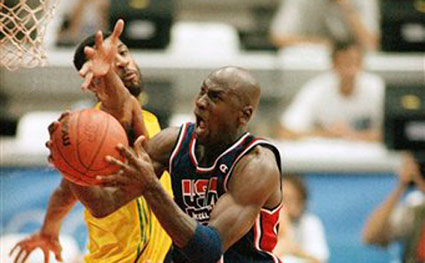 Her Campus Website Ranks Carolina High as an
‘Olympic U’

With the Olympics starting today and with the vast majority of Tar Heel participants being female, it’s an appropriate time for Her Campus, an online community for college women, to put out its rankings for the biggest Olympic schools in the country. A team of more than 3,000 students at more than 200 colleges and universities determined that UNC is the No. 4 “Olympic U” in the nation.

The entry on Carolina says: “The University of North Carolina has produced two of the greatest athletes in U.S. Olympic history in Michael Jordan [’86] and Mia Hamm [’94], but that’s just a sampling of 100 athletes dating back to 1936. In 2008, four of the 18 members of the U.S. Women’s Soccer Team were Carolina graduates, a tribute to the program built by head coach Anson Dorrance.”

1. The University of Southern California

2. The University of California Los Angeles

4. The University of North Carolina

5. The University of California Berkeley

7. The University of Texas

8. The University of Florida

9. The University of Michigan

Read why they were picked: http://www.hercampus.com/her-campuss-2012-college-rankings/olympic-u.

Women Take to the Fields

It’s a big weekend for women’s team sports, with the U.S. soccer team taking on Colombia at noon (EDT) Saturday and the field hockey team taking on Germany at 4:15 p.m. (EDT) Sunday. Both games can be seen on the NBC Sports Network (formerly Versus).

As a reminder, former UNC players Tobin Heath ’10 and Heather O’Reilly ’09 play for the U.S. soccer team (with Megan Klingenberg ’11 as alternate in case of injury), while Rachel Dawson ’07, Katelyn Falgowski ’11 and Amy Tran Swensen ’02 play on the U.S. field hockey team (with Jackie Kintzer ’10 as an alternate).

An article about Falgowski reports on her overcoming adversity to return to the Olympics: “Falgowski recovers from knee injury to repeat as Olympian” http://www.dailylocal.com/article/20120724/SPORTS03/120729825/falgowski-recovers-from-knee-injury-to-repeat-as-olympian-

This article covered Dawson’s second trip to the Olympics: “For South Jersey field hockey duo, the goal is gold” http://www.courierpostonline.com/apps/pbcs.dll/article?AID=2012307230020

This article about O’Reilly, was published today but was based on an interview conducted last week: http://www.app.com/article/20120726/NJSPORTS08/307260085/East-Brunswick-special-to-O-Reilly

There is still no word on why O’Reilly, normally a starter, did not play in the first game on Wednesday – a 4-2 victory over France – but speculation is that, in addition to fellow Tar Heel midfielder Heath playing well right now, the coach wants the team to remain fresher during a grueling Olympic tournament.

A new study by two researchers — Kelly K. Davis of Appalachian State University’s communications department and Charlie Tuggle at UNC’s School of Journalism and Mass Communication — says that NBC airs fewer women’s Olympic events than men’s events in prime time and that almost all of the women’s coverage is confined to a few specific sports the researchers term “socially acceptable,” including swimming and gymnastics.

As the report notes: “It is important to remember that a network’s primary concern is to deliver audiences to advertisers, and consequently it is likely to maximize audience sizes by putting the most popular sports events during prime time. It is not the contention of the authors that NBC is intentionally marginalizing any athletes. Instead, the network appears to be responding to the general public’s interest level in various sports, which was, in turn, influenced by social attitudes about femininity. … Nevertheless, by following public opinion, there is a missed opportunity to change public opinion.”