“I’m still living that same Carolina dream: providing service, building relationships, making connections and living social work values. … My experience there made me want to become a leader. It laid the groundwork for a life full of leadership opportunities.” 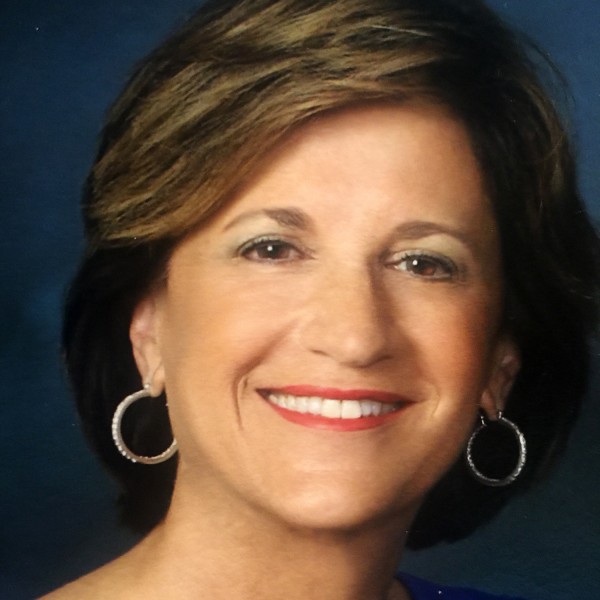 When I served for my first four of what hopefully will be seven years on the GAA board, I lived in fear that Doug would ask me to tell my “Carolina Story.” And that was because as I saw it, I had a short Carolina story compared with all those folks who seemed to build complete resumes during their years at Carolina. But as it turns out, I have a big Carolina story after all.

As a girl from West Virginia, I first set foot in North Carolina right after my junior year of high school in D.C. My mom and I stopped at Salem College for an interview on our way to a summer week in Myrtle Beach with three of my West Virginia friends and another mom to chaperone. While at the beach that week, I fell in love with a Morehead Scholar getting ready to start Carolina, and I dated him until we got married four years later. I transferred from Salem my junior year, joined a sorority, changed my major from math, which was interesting, to sociology, which I adored. After one year at Carolina, I got married and then graduated with honors. Fellowships meant we could continue at Carolina; I went straight to the School of Social Work (which you can’t even do anymore) and earned a master’s degree.  So I was a student here for four straight years after all.

The transition from my senior year in high school to Salem-during-the-week and Carolina-on-the-weekends and finally to Carolina full time was inspired by my love life. Knowing myself now, I can hardly believe that. He was a Beta, and his friends were (and many still are) my dear friends. I pledged Kappa, and I loved those friends, too. And I loved sociology (who wouldn’t after math?), because I learned about people and why they behave as they do. I loved the parties (the Beta party house was built during that time), and I loved being with our friends. I came of age at Carolina.

I have always, always loved the “Place,” beginning  with a 17-year-old West Virginia girl’s summer visit and first football game in September. The Morehead Scholar required me to memorize our Alma Mater before my arrival, and you can imagine how well that has served me over the years (just ask Doug)! And of course, there’s that Carolina blue sky. I even remember what I wore, down to the blue and green Papagallo shoes that matched my blue, green and white dress. Recently I told him that, and he mentioned his wool herringbone three-piece suit, which I remember, too. That’s what we did in 1965. By the time I graduated in 1970, we had Vietnam and we had changed the game. No more dressing up and no classes for me during the moratorium the spring I graduated.

I often tell people that we grew up together during that time. But really, he was way ahead of me. It was when I grew up. From Salem I visited and stayed with lifelong friends, and my Kappa sisters were my sisters. I lived in Granville and Whitehead, and then got married and lived in Colony Apartments. My older brother, who had been away at schools north of us for eight years, married my dear childhood friend, came to law school at UNC and moved to Colony Apartments, too.

Although I had a few leadership opportunities along the way, I became a leader while at the School of Social Work. A small group of students developed our own curriculum, making our social work education all about interdisciplinary systems study. That experience and serving as the student representative on the search committee for a new dean, I found I really enjoyed playing a part in shaping the future of the school. In addition to my family, the School of Social Work inspired me toward life service and prepared me to do my part to fulfill their current mission to “advance equity, transform systems and improve lives.” My experience there made me want to become a leader. It laid the groundwork for a life full of leadership opportunities I’ve been honored to have been offered.

We have all heard that Carolina isn’t just a place you go. It’s a place you take with you. My Carolina story BEGAN at Carolina. It began with love and friendships and fun and joyful times. I even loved the work. It began with an appreciation of providing service, building relationships, making connections and living social work values.

But it didn’t end there. That was just the beginning of my story. It turns out, my story is not at all short. It’s one of the longer ones. Now I’m telling it as I go … the incredible Carolina experience I’ve had since leaving school in Chapel Hill. That, friends, is my real Carolina story. My four years there just prepared me for the rest of it.

Right out of grad school, my good friend Jim Van Hecke [’69] got us jobs in Raleigh with Skipper Bowles’ [‘41] gubernatorial campaign. Erskine Bowles [’67], later a great president of the UNC System, was my boss. Full of Carolina connections, that group still includes some of my dearest friends.  After the campaign, I went to work in state government doing personnel administration for my candidate’s opponent, who became Governor [Jim] Holshouser [’60 LLB]. My work there with local governments, grants administration and training set me on a path that has been full of Carolina connections.

That marriage with my still great friend didn’t last. But lo and behold, then I met Roland [’68], who happened to be an accounting major and Carolina grad. A farm boy from eastern N.C., he made it to the last interview for the Morehead. We think he didn’t get the prize because he had no idea how to set goals for a world he didn’t yet know. We look forward to celebrating our 45th anniversary this coming Sunday. So I guess I can say this one stuck. He ended up getting a master’s degree in architecture at State (because Carolina doesn’t offer one), but I’m convinced his successful real estate development business is more thanks to that Carolina accounting degree than anything!

And who knew? Roland and I discovered we had been at Carolina together without knowing it.  We were both at the football game when Carolina beat top-10-ranked Florida in the pouring rain. And we were at the very same Janis Joplin concert in Carmichael when she was two hours late, and at Spring Jubilee when James Taylor sat all alone in Kenan Stadium with his voice and his guitar and made his family proud. We must have been a Carolina couple meant to be.

During the 51 years since graduation, my life has continued to be based on those Carolina lessons: providing service, building relationships, making connections and living social work values. With Wake County community leaders, I helped start the Wake Education Partnership and became its first executive director. After five years there, I began a capacity-building consulting business for nonprofit organizations focusing on fundraising, strategic planning and board development. Of course, my partner was a Carolina grad.

During the next 15 years, I also volunteered a lot. I chaired boards, among them WakeMed, the Junior League of Raleigh, Kids Voting and Raleigh Fine Arts, and held leadership positions in my synagogue, United Way, United Arts and numerous other human services and arts organizations. For that service I have received business and volunteer awards, and from the School of Social Work, their two distinguished alumni awards. Most exciting was receiving the 2006 Champion’s Award with Dean and Linnea Smith, who like much of what they did, quietly helped to put our school on the map.

And I’ve had the great honor to serve on the Board of Visitors as well as the GAA board. So many of you are dear to me, some I’ve known for a long, long time and others whom I’ve met in recent years through this meaningful board service.

For a Carolina story, that is enough. It’s a story that strives to honor the mission of this University. But the ultimate rewards come to those who wait!

I didn’t babysit much as a kid, and I wasn’t a teacher. I had no idea how to raise kids, but somehow Roland and I muddled through and ended up with two incredible children, now in their 40s, who chose spouses we adore and graced us with the most exceptional four grandchildren imaginable! We have a Carolina blue daughter and a State red son, with two young blues and two young reds. We work on conversion all we can. You just never know.

All this is to say, that what happens as the Carolina story continues may be the best part of the story! We have loved traveling with Carolina alumni and hope to do more. Our daughter’s husband (a Beta at Carolina by the way) and his Carolina mom and dad are family. We have such dear friends who are Carolina folks, many of whom we didn’t know in school, but have now known for 40 or 50 years. From my almost all-Carolina sister group of 36 years to our great eight Carolina friends we’re off to the mountains with next weekend, Carolina is in our lives everywhere we look, everywhere we live.

But here’s the thing. These are not coincidences. I’m still living that same Carolina dream:  providing service, building relationships, making connections and living social work values. And for me, it’s all about connections made then, and connections made now.

As GAA board chair this May, I had the honor of congratulating the 2021 graduating class. I told them this: “Your Carolina story is just beginning. Live it well!”  I just hope I’m living mine well.  Go Heels!