The Last Dance: What a Senior Must Do

The Last Dance: What a Senior Must Do 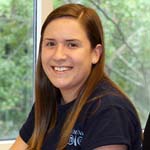 Registration is always something I look forward to. It's usually right around that time when you're getting burnt out from the classes you are in right now, and getting to pick classes for the next semester always seems exciting. Especially for senior year, when you don't have as many requirements to fill and you can sign up for classes that truly interest you.

I just finished my registration for spring 2010. But this was more significant. I felt ever more pressure to pick good classes, because they were the last I will be taking at Carolina. I don't know how the last three years have flown by so fast. But I feel good about the classes that I registered for. Here they are:

JOMC 445: Process and Effects of Mass Communication. This one is really just filling in my last Journalism requirement, but I thought it sounded more interesting than my other options. JOMC 457: Advanced Editing. Last night, when I was making sure I had all my classes picked out, I saw this one and said out loud,"Ooh, that sounds like fun!" My roommate simply looked at me like I was crazy. But oddly enough, I do love editing. And this class will also take a look at design and layout, which I developed an interest for when I was on the yearbook staff in high school. JOMC 463: Newsdesk: Online News Production. This one just seems amazing to me. Everyone in Journalism knows that it is now practically a requirement to have some online experience and to be well-rounded with your skills. The professor, Ryan Thornburg, is supposed to be one of the School's best at staying on top of the progress of media online and how journalism is changing. SOCI 130: Family and Society. This one is really just a place-holder for now because I am trying to get into a Young Adult Literature class but it has a restriction so I am trying to get permission from the instructor. But in case I don't get in, I think I will be happy with the sociology class. It's apparently taught by a professor who has adopted 14 at-risk kids in his life!

I was going to take an archery class (FUN!) but they aren't offering it this semester. So I think that's it for now. I'm probably going to stay at 12 hours – I don't want to stress myself out during my last semester. I'm sure there will be enough time for that when I start the job hunt.

This Late Night felt different. I had spent the last three years anticipating the same faces- Tyler, Bobby, Wayne, Danny, Ty. I was trying to imagine sitting down to the event without them, but was still giddy with excitement. As a senior, I wanted the best seats I could get for the last time I would be here as a student. So my roommates and got there as early as we could.

Just as I expected, we were not disappointed. I think I speak for most Tar Heel basketball fans when I say that it is a great experience to see the basketball players as more than just athletes. There are so many experiences at Carolina that unite us as a family, and I definitely think this is one of them. We get to see the players' personalities, we get to see them dance, and we even get to see Roy Williams dance. And we get to do this with about 22,000 other people who share the same crazy, unconditional love for the basketball teams.

The women's team had a competition to find Carolina's Best Dance Crew, gracing us with some of their best dance moves. Then the men's team did dancing acts that came from every decade in which we have won a national championship. But my favorite part by far was the video spoof that the team made mocking Tyler Hansbrough's AT&T commercial. The video (thought up by David Wear) follows the team losing the 2009 National Championship trophy, which takes the place of the lost dog. Marcus Ginyard walks around sadly (in a wig, no less) looking for the trophy. Then at the end, the Wear twins are at the house waiting to reunite Ginyard with his beloved trophy.

Now you have to understand, I love the real commercial. Now that I don't have the opportunity to see Tyler walking around campus, I relish the chance to him on TV. I think I even recognize the music from it when it comes on in my apartment. But the spoof of the team made it hilarious. It doesn't seem like the team will have any problems coming together, as outgoing as they seem.

Then we witnessed Roy getting pulled into the dance circle, the same thing that happens every year and showing us the same classic moves. But the group of people around him was very different from last year. We got a preview of how they were on the dance floor and on the basketball court, but there is still much more for us to see. And about this all I have left to say is: Welcome back, basketball season. Let's get this started.