Think Fast: What Now? War in Ukraine and the Global Order

Klaus is the Richard M. Krasno Distinguished Professor and adjunct professor of the curriculum in peace, war and defense.

He is an expert on contemporary U.S. and German/EU foreign, economic and security policies toward the transatlantic world, China and S.E. Asia. He writes and lectures on post-Cold War geopolitics, U.S. foreign policy, European integration and the complex interactions that shape the triangle U.S.-EU/Germany-China. He also has a great interest in the history of the Cold War and the politics of Winston Churchill. He is a regular contributor to a number of international TV channels.

He has just published the monograph “Uncertain Allies: Nixon, Kissinger, and the Threat of a United Europe” (Yale University Press, 2022) and the edited books “Dictators and Autocrats: Securing Power Across Global Politics” (Routledge, 2022) and with Tobia Hof “Terrorism and Transatlantic Relations: Threats and Challenges (Palgrave Macmillan, 2022). 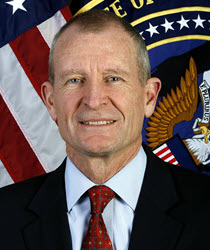 Admiral Dennis Blair is the first Knott Distinguished Visiting Professor of the practice at UNC. He serves as a member of the Energy Security Leadership Council and on the board of Security America’s Future Energy. In addition, he serves on the boards of Freedom House, the National Committee on U.S.-China Relations and chairs the Strategic Advisory Group of Lockheed Martin Space.

Prior to retiring from the Navy in 2002 after a career of 34 years, Admiral Blair was the commander in chief, U.S. Pacific Command. A graduate of the U.S. Naval Academy, Admiral Blair earned a master’s degree in history and languages from Oxford University as a Rhodes scholar. He is the author of Military Engagement: Influencing Armed Forces Worldwide to Support Democratic Transitions. Three commissions he co-chaired have issued recent reports: A National Security Strategy for 5G; Oil Security 2025: U.S. National Security Policy in an Era of Domestic Oil Abundance and The Report of the Commission on the Theft of American Intellectual Property. 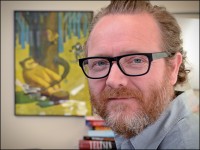 Graeme Robertson is a professor of political science at UNC and director of the Center for Slavic, Eurasian and East European Studies. His work focuses on political protest and regime support in authoritarian regimes. 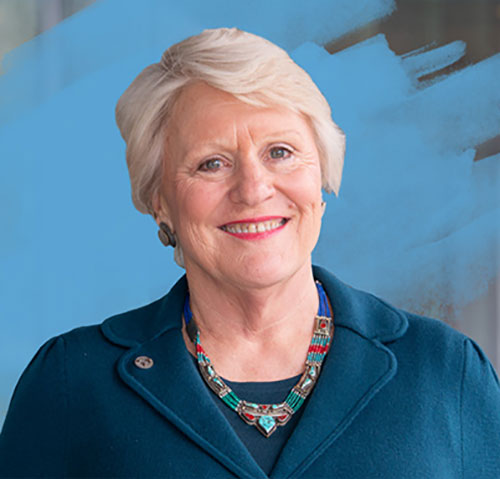 Barbara J. Stephenson is vice provost for global affairs and chief global officer at UNC. She is a distinguished diplomat, former U.S. ambassador, international leader and prior dean of the Leadership and Management School at the Foreign Service Institute. She leads UNC Global and advances a pan-university global strategy to enhance UNC’s global reach, impact and reputation.

Stephenson, a fierce advocate for the role of higher education in addressing complex global challenges, has extensive experience forging constructive collaboration across societies and geographies.

Previously, Stephenson was president of the American Foreign Service Association from 2015-19 and was a U.S. Foreign Service officer for more than 30 years. She was a principal advocate for diplomacy, working closely with Congress, the media and globally engaged strategic partners.

At the Foreign Service Institute, Stephenson launched the Culture of Leadership Roundtable to improve leadership across the State Department and in U.S. embassies around the world. In 2008, she was appointed U.S. Ambassador to Panama and later became the first woman to serve as deputy ambassador and acting ambassador at the U.S. Embassy in London.

As deputy senior advisor to the secretary and deputy coordinator for Iraq (2006-08), she was recognized with the State Department’s Distinguished Honor Award for developing and implementing the civilian surge, the largest deployment of civilians to a war zone since the Vietnam War. She coordinated across federal agencies and the U.S. Congress to unite stakeholders behind a mission to reverse the spiral into sectarian violence by strengthening governance in Iraq.

From 2001-04, as the American Consul General in Belfast, Northern Ireland, she helped renew support for the Good Friday Agreement that brought an end to decades of violence. As Consul General and Chief of Mission in Curaçao (1998-2001), she won support from local and Dutch officials to establish two U.S. Air Force bases to support Plan Colombia.

Earlier in her career, Stephenson served as special assistant to Under Secretary for Political Affairs Tom Pickering, covering European affairs, including the war-torn Balkans. Other assignments have included desk officer for the UK, political-military officer in South Africa and political officer in The Hague, San Salvador and Panama.

Stephenson, who earned her doctorate, master’s and bachelor’s in English literature from the University of Florida, speaks Spanish and Dutch and reads French and Hebrew. 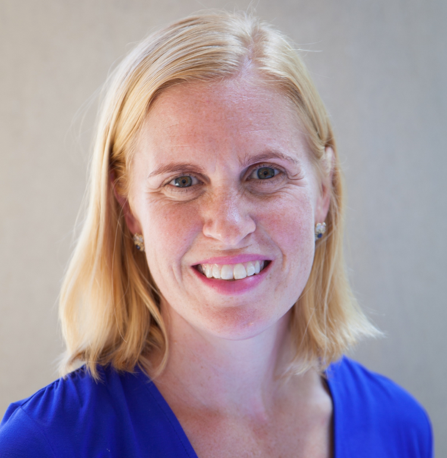 Erinn Whitaker, a former senior analyst for the US Intelligence Community, is a Professor of the Practice in the Curriculum of Peace, War and Defense (PWAD) at the University of North Carolina at Chapel Hill. With nearly 15 years of experience overseas and in Washington, she draws on active teaching methods to underscore themes such as the dynamic between senior policymakers and intelligence officers, how the intelligence community has evolved, and the importance of analytic tradecraft. Whitaker teaches courses such as “Writing and Briefing for Intelligence,” “Cases in Counterintelligence,” and “The Origins and Consequences of September 11th” to help students interested in careers ranging from intelligence to public policy to journalism strengthen their critical thinking, written and oral communication skills.

Before joining the PWAD faculty, Whitaker was a senior researcher at UNC’s Hussman School of Media and Journalism and taught courses on intelligence at UNC and Duke University. She focused on how US “news deserts” erode key democratic institutions, leading a team to produce a nationally-recognized report “The Expanding News Desert,” which identified communities down to the county level suffering from the loss of local news and assessed the implications for the news profession and the country.

Whitaker also served as a government-sponsored Fellow at the Center for Slavic, Eurasian and East European Studies at UNC Chapel Hill. In this position, Whitaker produced a book-length report for the US Government on how academic theories on negotiating style could be applied to world leaders, developing a quantitative tool and introducing it to the US Intelligence Community.

Whitaker earned a BA from Middlebury College, where she spent a year studying Russia in Siberia, and a MA from Georgetown University’s Walsh School of Foreign Service. She speaks German and Russian. She serves as the faculty advisor to the student-run club Women in National Security and lives in Chapel Hill, North Carolina with her husband and two daughters.