Holden Thorp was just 22 years removed from his years as an undergraduate when he assumed the chancellorship. His predecessors were all buttoned-down, but that wasn’t his style. “I’m gonna be as much a shirtsleeve chancellor as possible.”

Holden Thorp ’86 Named 10th Chancellor
Thorp is not UNC’s youngest chancellor ever, but at 43 he is the youngest since William Aycock ’37 (MA) was sworn in in 1957.

Earning His Stripes
Holden Thorp walks into a men’s store. The guy recognizes him — this is days before the big announcement — and asks if he’s got any insight on who the next chancellor will be.

A Conversation With the Chancellor Elect
“We want our students to benefit from scholarship in the classroom. That’s the thing. So if the students get to the point where they can’t perceive that they’re in a research university, then we’ve lost what we’re here to do.” 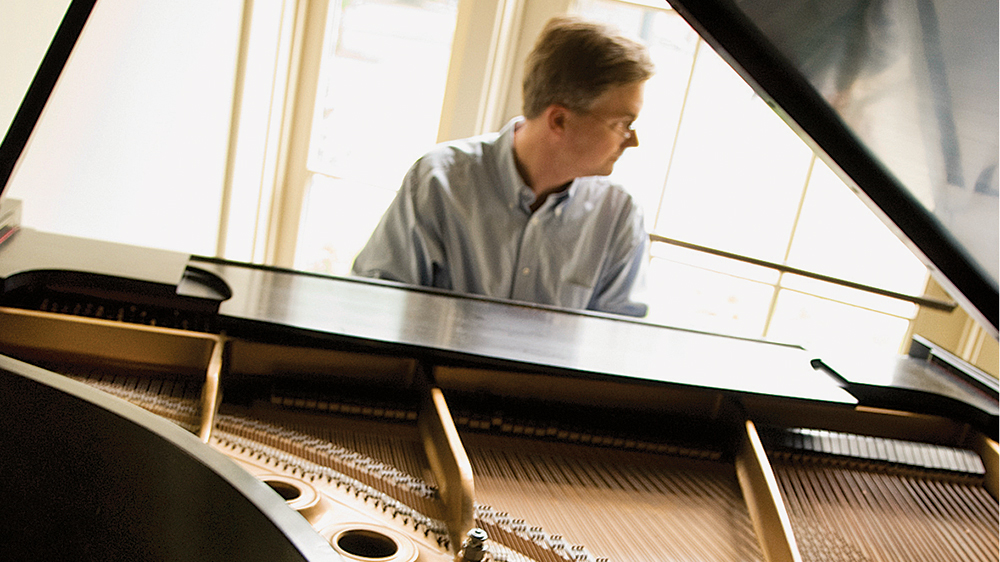 A Rebuilding Year
Holden Thorp lifts the weight off his shoulders – the hard way – believing it will make him more effective at the task of recovery and reform.

Thorp to Step Down as Chancellor in June 2013
“I will always do what is best for this University,” Thorp said. “This wasn’t an easy decision personally. But when I thought about the University and how important it’s been to me, to North Carolinians and to hundreds of thousands of alumni, my answer became clear.

Q&A With Holden Thorp, February 2013
“It’s great to be the chancellor — there are a lot of great things that come with it, but it comes with a cost, too.”

Patti Worden Thorp and Holden Thorp, Distinguished Service Medal Citation,
presented in 2013 by the UNC General Alumni Association
A chancellor has to be good with a mop and a bucket. The Thorps know that all too well.

Distinguished Young Alumni Award,
presented in 2002 by the UNC General Alumni Association
If you know anything about Holden Thorp — and it’s become quite a challenge not to on this campus — then you wouldn’t be surprised to find his chemistry students watching a video in which he messes around with a bazooka and a can of hairspray.