You have over a century’s worth of the Carolina Alumni Review at your fingertips with our digital magazine archive. In September 2012, the GAA rolled out its digital magazine archive. That’s every page. Every photo. Every story. Every year. For every member. This makes each issue of the Carolina Alumni Review accessible to all GAA members from the Web.

Thanks to those who have already made a contribution and are part of our Centennial Club. In addition to here, the list of contributors as of Aug. 22, 2012, was published in the September/October 2012 commemorative issue of the Review.

Thomas Willis Lambeth ‘57 of Winston-Salem, in honor of his father, Mark Thomas Lambeth ‘26

Donald Williams Curtis ‘63 of Raleigh, in honor of his father, J. Richard Curtis ‘28

Dr. James A. Harrell Sr. ‘44 and Isabel Harrell of Elkin

Donald Williams Curtis ‘63 of Raleigh
Patricia McBane Squires ‘56 of Ottawa, Canada, in memory of her husband, Bruce Paul Squires, and in honor of the year they were married

The Class of 1974, in a cooperative effort led by Seth
Effron ’74 of Raleigh

Anonymous gift in honor of Susan McKay Kirkland ‘88 of Burlington

Donald Williams Curtis ‘63 of Raleigh, in honor of his daughter, Donna Curtis McClatchey ‘93

Louis Round Wilson was a busy man.

He collected his first of three UNC degrees in the last year of the 19th century, then turned a boyhood passion for reading into building Carolina’s book collection. In 1922, he began making books as the founder of UNC Press. But 10 years earlier, the man who’d spent a bit of his youth as a printer’s apprentice put ink on paper in a different medium.

He started a magazine — the one you know as the Carolina Alumni Review.

As the Review staff began working on the magazine’s centennial a few years ago, we started reading, back to the first issues in 1912, and taking notes. We collected stories, found photographs, stumbled across things we’d never noticed before. Sometimes what we uncovered looked quirky from a 21st-century perspective. More often, we found the familiar: The Review always has been about a place and about people. Its readers cross a dozen decades, like time zones, and are remarkably diverse, but the one thing they have in common is Chapel Hill. And it shows in these pages, all the way back to 1912.

The digital archive, made possible in part by the generous donations of members of the Centennial Club, offers it all, including the University Report (1970-94), where Class Notes appeared during those years. The most recent five years of issues remain restricted to GAA members; all earlier years are available to anyone who’s interested. When you want to know something of the history of Carolina, or just the flavor or just how something was dealt with at the time, take a look. You might find it there.

Give the Gift of History

Sponsor a year of issues in someone’s honor or memory.

A year of issues may be sponsored by individuals, classes or other groups with a one-time tax-deductible gift of $1,000. Choose to support the year(s) at Carolina, from 1912 to the present, that mean the most to you, and be recognized as a member of the Review’s Centennial Club. You can contribute, using our secure online form, in your name or you can dedicate your gift in someone’s honor or memory.

Years are not exclusive, so several donors may sponsor a single year. In those cases, contributors are listed chronologically by the date of their donation. In addition to here, the list of contributors as of Aug. 22, 2012, was published in the September/October 2012 commemorative issue of the Review. 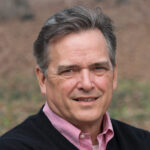