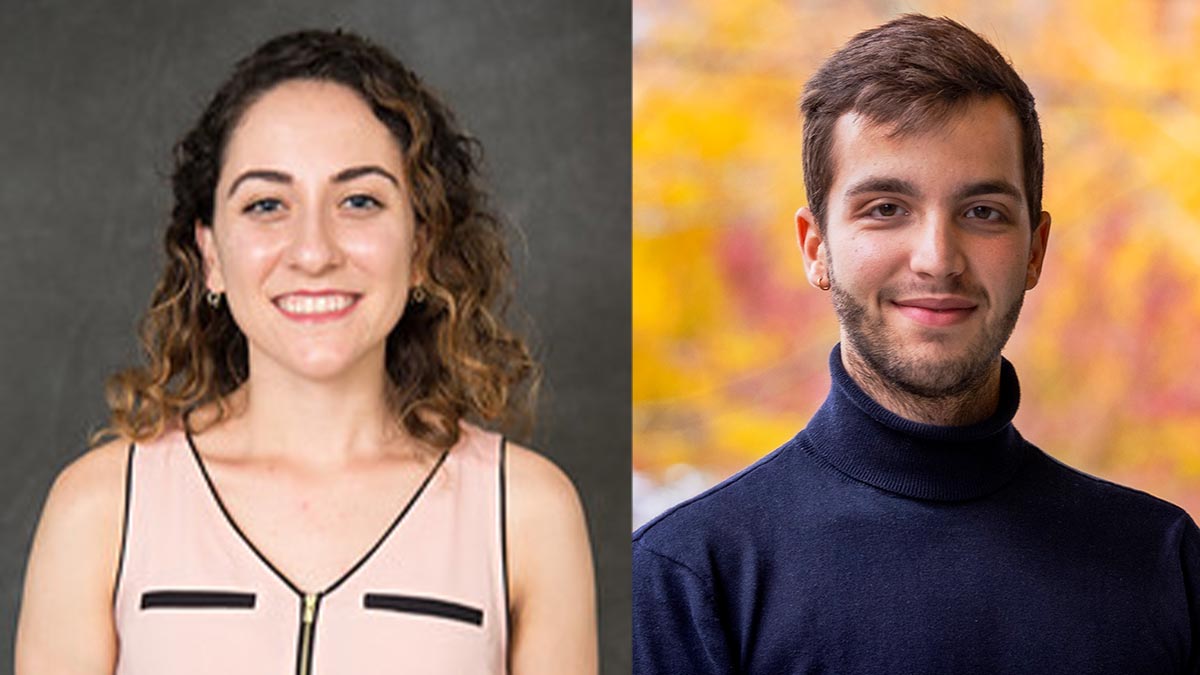 Yasemin Cole ’16, left, and senior Daniel Malawsky are multinational geneticists who see the importance of genetics to the future of applied medicine and also have a passion for refugee health. (UNC)

Two Carolina students are among the 28 chosen nationwide for the prestigious Gates Cambridge scholarship — a competitive fully funded scholarship for graduate study in any subject available at the University of Cambridge in England.

The Gates Cambridge Scholarship was established in October 2000 with a donation of $210 million from the Bill and Melinda Gates Foundation to the University of Cambridge; it is the largest-ever single donation to a university in the United Kingdom.

Cole was selected for her academic track record, leadership and commitment to improving the lives of others.

As a biology major and with minors in medical anthropology and chemistry, Cole graduated with highest distinction and induction into Phi Beta Kappa. As an undergraduate researcher at UNC and the National Institutes of Health, she gained an understanding of the biological mechanisms underlying disease, ranging from genetic therapies for diabetes to the circadian rhythms of tumors.

While an undergraduate in the Honors Program, Cole contributed to the Chapel Hill community by serving in organizations such as the Carolina Pre-Medical Association, UNC Partners in Health and the Office of Undergraduate Research, earning the title of Buckley Service Scholar. She taught a seminar with the C-START program that focused on the integrative nature of research and medicine. She earned the Chancellor’s Award for teaching excellence.

She completed her master’s in genomic medicine at Imperial College London with the Dean’s Master’s Scholarship, where she graduated first in her class.

Cole is continuing her commitment to underserved populations and genomics education by volunteering at the Student Health Action Coalition, working with refugee families.

Malawsky was accepted for his outstanding intellectual ability, leadership and commitment to improving the lives of others.

A Morehead-Cain Scholar, he will graduate Phi Beta Kappa in May, majoring in biostatistics and mathematics with a minor in chemistry.

Malawsky’s contributions to UNC extend far beyond the classroom and laboratory. He has designed and taught a seminar on the misuse of science in the public sphere and founded a critical theory reading group on campus to discuss works related to Judith Butler’s book Parting Ways. He is an accomplished cellist and plays in multiple chamber ensembles at Carolina and elsewhere.

Malawsky’s commitment to serving underprivileged populations is evident in his proposed program of study. He expects to complete his doctorate in biological sciences at the Wellcome Sanger Institute. He proposes to research medical population genetics of understudied populations and plans to apply mathematical techniques to genetic datasets to identify rare and undertreated genetic diseases.