"Canal and Boats with a Distant View of Amsterdam" is one of seven works by Rembrandt van Rijn (1606–69) that is part of the new Peck Collection at the Ackland Art Museum. (UNC photo)
Posted on Jan. 25, 2017

On Wednesday, Dr. Sheldon Peck ’63 and his wife, Leena, unveiled the $25 million gift, which includes an $8 million endowment to support a new curator and future acquisitions and an art gift of 134 primarily 17th-century European masterworks valued at $17 million. 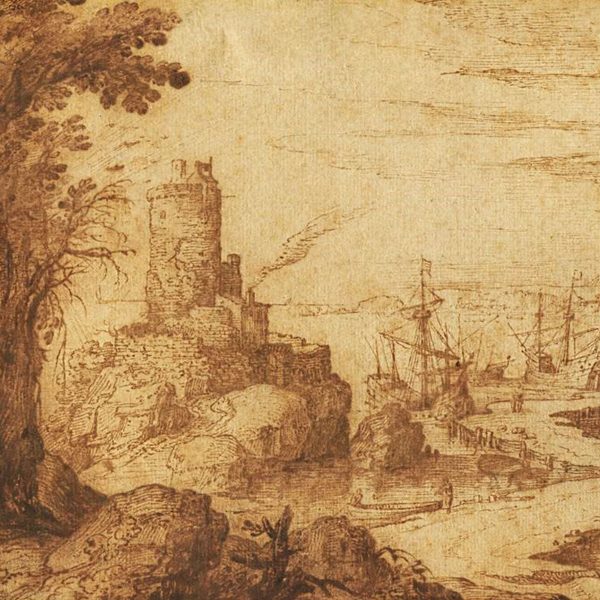 Peck, a Durham native who also earned his doctorate in dental surgery from UNC in 1966, told the gathering Wednesday that the pieces being donated represent “the essence of what we inherited from our European forbears” and “an artistic golden age in Europe. … This is an essence that stands out in quality and meaning pretty much in perpetuity.”

The Pecks built the collection over the past four decades, a time in which works such as these were becoming difficult to acquire. “We sometimes fought ferociously at auction. This collection cannot be duplicated today,” Peck said.

One of the Rembrandt drawings in the collection bears an inscription in the artist’s handwriting, which until this donation was the last known drawing with such an inscription remaining in private hands. 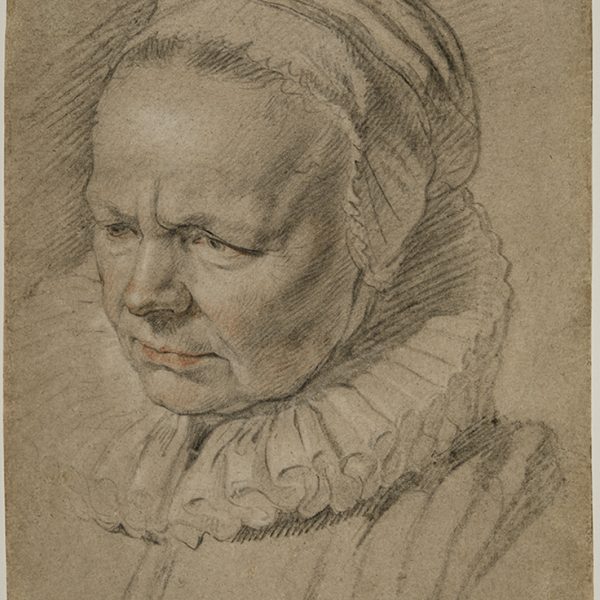 “Portrait of Elizabeth van Noort,” the artist’s mother-in-law, by Jacob Jordaens was made in the 1630s. It is part of the Ackland Art Museum’s new Peck Collection. (UNC photo)

Peck said that besides exhibiting the drawings, the Ackland will mount a major traveling exhibit and plans to put high-resolution images of the collection online.

“This amazing gift of European Golden Age art treasures — preserved for nearly 400 years and lovingly collected by the Pecks over the past 40 years — delights us today with its timeless beauty and will forever inspire future generations of students, scholars and visitors that come to our historic campus,” Chancellor Carol L. Folt said. “These drawings are a remarkable window through which we glimpse past cultures and times through the eyes of masters.”

The gift includes the Peck Collection Endowment Fund and the Sheldon Peck Curatorship Fund, dedicated to the care and enhancement of the collection, including conservation, digitization and cataloging as well as funds for the acquisition of other European and American masterworks created before 1950.

The Sheldon Peck curator of European and American art and curator of the Peck Collection will be the Ackland’s first full-time endowed position.

“Thanks to the new curatorial position their endowment also provides, we look forward to organizing a series of special exhibitions focusing on masterworks from the Peck Collection,” said Ackland Director Katie Ziglar ’79.

“The exceptional vision and profound humanity of the Dutch Masters’ drawings still have the power to surprise and delight 400 years after their creation,” Peck said. “I hope many will experience the pleasure and awe these works still elicit in me every time I study one.”

After he left Chapel Hill in the 1960s, Peck — an orthodontic specialist, educator and art collector — moved to Boston for a residency in orthodontics and then entered private practice and academics. He was a clinical professor of developmental biology at the Harvard University School of Dental Medicine for 20 years and has served as an adjunct professor of orthodontics at UNC’s School of Dentistry.

He has donated art to the Ackland since 1988, when he gave a drawing by Allart van Everdingen to the museum in memory of his older brother, the late Dr. Harvey Peck ’59 (’62 DDS). Works of art from the Pecks’ collection, many of them exhibited for the first time, were on view in the 1999 Ackland traveling exhibition “Fresh Woods and Pastures New.”

Peck has been a member of the Ackland’s national advisory board since 1987, and the Pecks are longtime supporters of the museum’s “Art For Lunch” lecture series.