Martin H. Brinkley ’92 (JD), who has been in private practice for 22 years, has been named dean of UNC’s School of Law, succeeding another alumnus, Jack Boger ’74 (JD), who plans to return to the school’s faculty after serving as dean for nine years.

Brinkley will be the school’s 14th dean. He is a partner at Smith, Anderson, Blount, Dorsett, Mitchell & Jernigan LLP, based in Raleigh, and plans to remain of counsel to the firm.

“We are thankful Martin’s professional path has brought him full circle — back to the very place where he earned his own law degree,” Chancellor Carol L. Folt said Friday in making the announcement. “He is a pre-eminent attorney with extensive knowledge of corporate law and a deep commitment to public service and pursuit of excellence in legal education.” 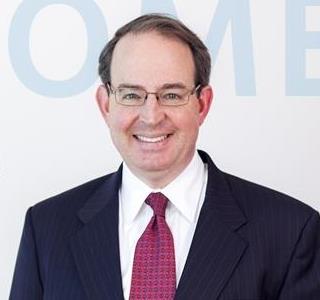 From 1996 to 2000, Brinkley taught in the law school as an adjunct professor. In 2011, he was named president of the N.C. Bar Association, becoming the youngest lawyer in more than 50 years to lead the statewide association. He is a recipient of the bar association’s Citizen Lawyer Award, UNC School of Law’s Pro Bono Alumnus of the Year Award and other awards recognizing his pro bono service to individuals and charitable institutions.

His primary experience has been in the fields of corporate law, mergers and acquisitions, antitrust, insurance, public finance and nonprofit organizations law. He has been lead outside counsel to companies and institutions in the manufacturing, distribution, food and beverage, and insurance industries and chairs Smith Anderson’s regulatory and governmental affairs practice.

Brinkley has served on the boards of or acted as pro bono counsel to more than 30 nonprofit organizations with educational, charitable, religious and artistic missions. He is a trustee of the N.C. Symphony, Saint Mary’s School, the Philharmonic Association and the N.C. Chamber Music Institute.

As secretary-treasurer of the North Caroliniana Society, Brinkley has led efforts to more than quadruple the society’s financial support of the N.C. Collection in UNC’s Wilson Library. He is vice chancellor of the Episcopal Diocese of North Carolina and a former senior and junior warden and vestry member at Christ Church in Raleigh.

His wife, Carol Scovil Brinkley ’86, is a language facilitator for hearing impaired students at Frances Lacy Elementary School in Raleigh.

Brinkley’s selection was the result of an extensive nationwide search led by Mike R. Smith ’78 (JD), dean of UNC’s School of Government.

Founded in 1845 as part of the nation’s oldest state-supported university, the UNC School of Law boasts an active network of 11,000 living alumni, more than half of whom live and work in North Carolina, including governors, judges, U.S. senators, members of Congress, private practitioners, public interest lawyers and business leaders.