A Dog in the Dugout

Remington stands with the team and holds his hat or a glove during the national anthem, carries water to umpires and offers up fist bumps and high fives to players. (UNC photo)
Posted on March 24, 2017

Carolina baseball has a new teammate this year, but this member has four legs, not two.

Remington’s official title is psychiatric medical alert facility rehabilitation service dog. He works with Terri Jo Rucinski ’89 (MA), coordinator of the physical therapy clinic and staff athletic trainer for the team, to help players who are recovering from injuries. Rucinski has worked with the team for 12 years and says the atmosphere this year is different with Remington around. Students who are athletes who underwent surgeries in the fall turned the corner emotionally really quickly, Rucinski said.

“I’d like to think he had something to do with it,” she said. 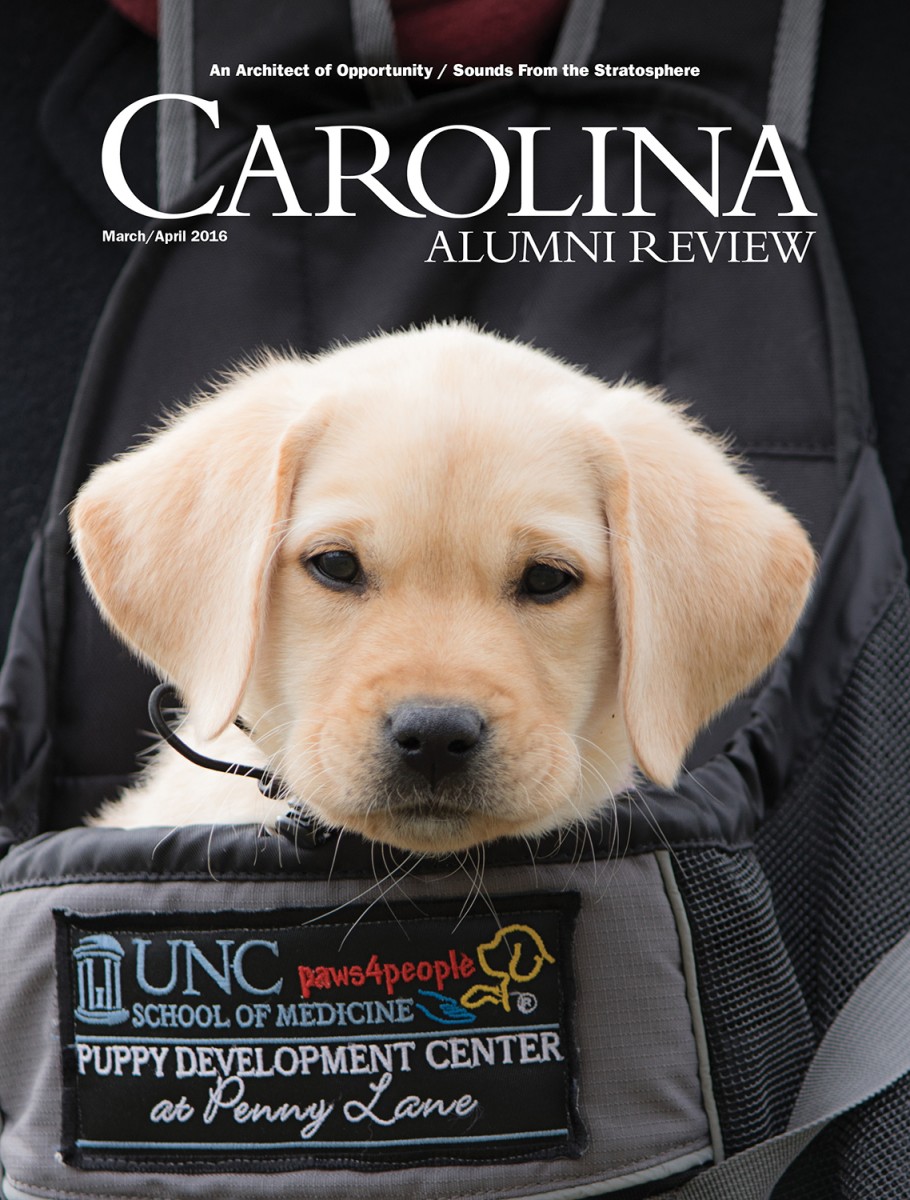 For years, Rucinski had wanted to find a way to channel her love of dogs into helping others. With the encouragement of friends and players, she learned about paws4people, a Wilmington nonprofit agency that places customized assistance dogs with clients at no cost. Paws4people’s work with UNC was featured in the Review’s March/April 2016 cover story.

In Wilmington, Remington began his training when he was just 3 days old. By 16 weeks, he had graduated to a program for obedience and disabilities skills training. He also learned basic command sets. Now, Remington knows more than 100 commands, including “reading” written commands from cue cards. Last summer, he underwent 80 hours of training and passed a series of certification tests before he joined the team in August.

For the team, Remington has been a source of comfort. For fans, he’s been a source of joy. Remington stands with the team and holds his hat or a glove during the national anthem, carries water to umpires and offers up fist bumps and high fives to players.

“This is the first time I’ve ever had a dog or any sort of assistance dog helping out with any team I’ve been a part of,” says junior and outfielder Brian Miller. “It’s like a bond that I have with any of my teammates, really.”

Story and video by Melanie Busbee ’04, Office of University Communications