Launched only a decade ago — about the time today’s fourth graders were born — Instagram grew up fast. The photo-sharing phenomenon has attracted more than a billion users, become one of the most...

Reading Between — and Along — the Lines

Michael Klauke ’86 (BFA) is a visual artist. But his fascination — and his artistic expression — is with words. Glance at Klauke’s In Good Faith, and it appears to be a line drawing of...

Sounding an Alarm About AI

Liz O’Sullivan ’12 made national news when she quit her job with a company employing the growing power of artificial intelligence, becoming a public voice for concern within the tech industry about AI’s expanding reach... 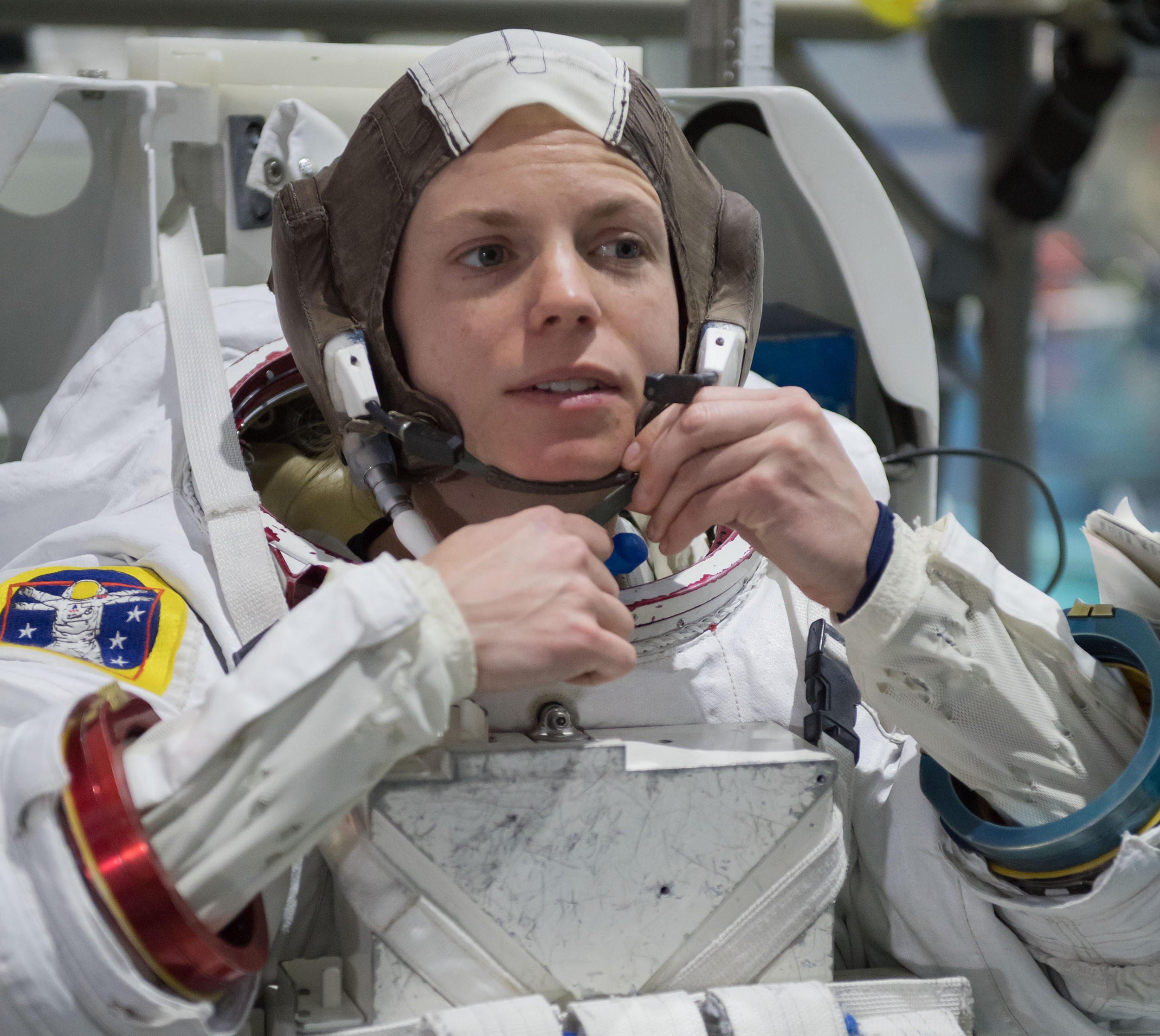 Zena Cardman ’10 (’14 MA) and her astronaut classmates — selected from more than 18,000 applicants — were the first to graduate under the Artemis program. (David DeHoyos)

Zena Cardman ’10 is ready for liftoff.

Cardman became one of NASA’s newest astronauts on Jan. 10, joining the ranks of an elite group qualified to fly to the International Space Station, the moon and maybe even Mars. 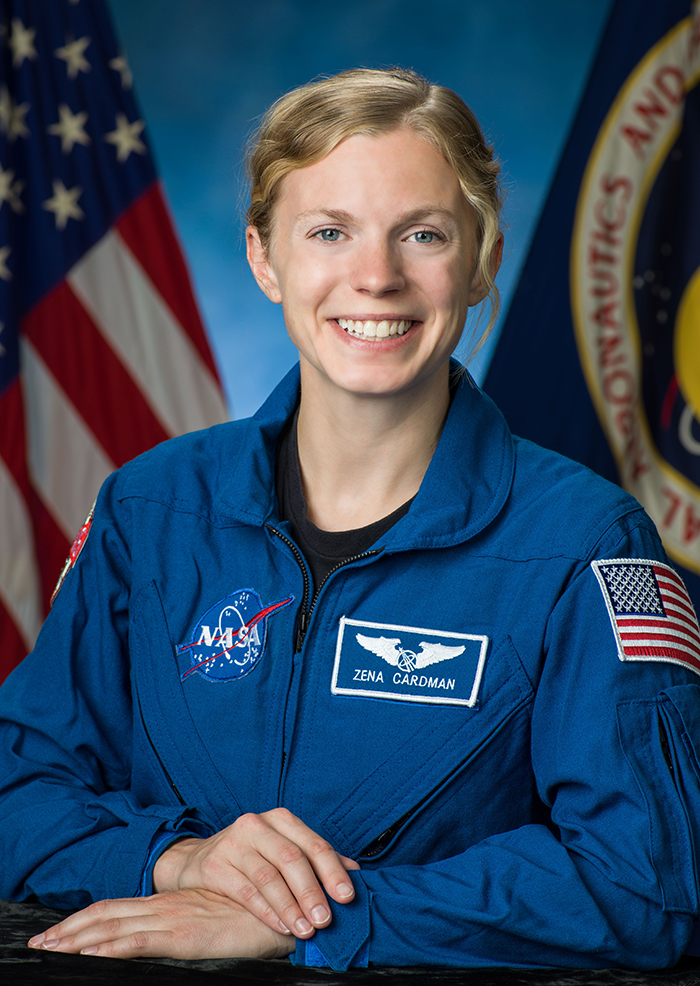 She and 12 other astronaut candidates received their graduation pins at a ceremony at NASA’s Johnson Space Center in which Cardman — called “Z” by her cohorts — received high praise for her technical and operational skills as well as her ability to put the wonders of space exploration into words.

“The thing that excites me most about the idea of Z flying in space is what she is going to share with us when she looks back at our own planet,” said fellow graduate Jenny Sidey-Gibbons. “When she is in whatever orbit we put her in and she comments on our Earth from her celestial vantage point, she will share some of the most beautiful things that any of us has ever heard.”

Cardman has minors in poetry and creative writing to go along with her bachelor’s degree from UNC in biology and minors in marine sciences in chemistry. She also completed a master’s degree in marine sciences at UNC in 2014 and later became a National Science Foundation Graduate Research Fellow at Pennsylvania State University before entering NASA’s astronaut training program in August 2017.

She and her astronaut classmates — selected from more than 18,000 applicants — were the first to graduate under the Artemis program, a NASA initiative that strives to put another man and the first woman on the moon by 2024, followed by the creation of an orbital space station around the moon and, by the mid-2030s, human exploration on Mars.

As NASA Administrator Jim Bridenstine put it at the Houston ceremony, where the graduates were decked out in blue flight suits: “They represent the best of humanity and our most fervent hopes for the future,” adding with a chuckle, “No pressure.”

Texas’ two senators shared their vision of boldly going where no person — and, in the case of the moon, no woman — has been before.

“Folks used to tell kids when I was growing up, ‘Reach for the moon,’ ” said Sen. John Cornyn. “But that’s not the objective anymore. Now we’ve got to revise it, to ‘Reach for Mars.’ ” 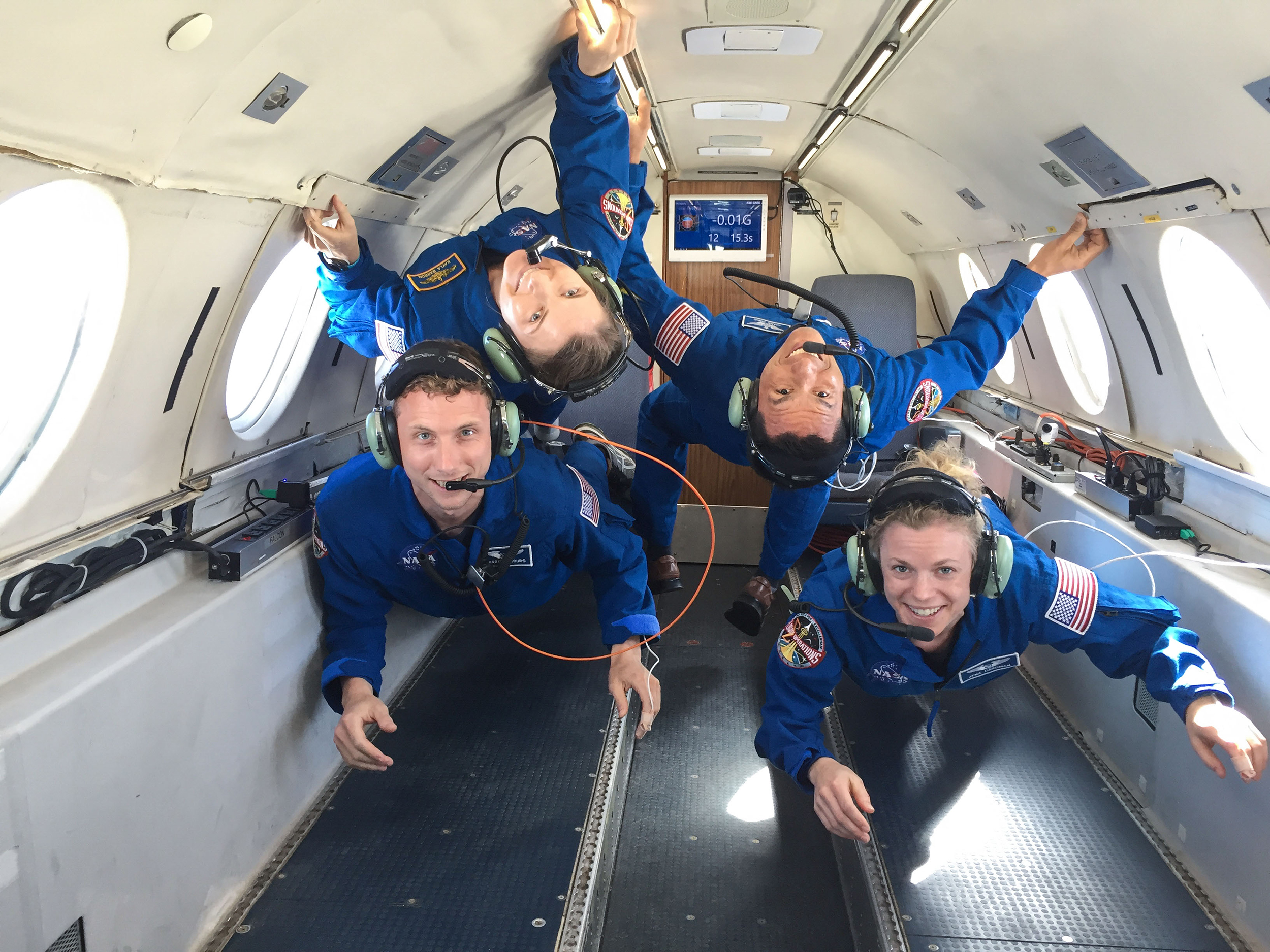 Cardman, lower right, will work at the Johnson Space Center until she is called on a mission that will take her into outer space. (NASA)

Sen. Ted Cruz was still enthusiastic about the intermediate step between Earth and the next planet.

“As the father of two daughters, I could not be more excited that we will land a woman on the moon and bring her home safely,” he said.

Cardman, who could be that woman, was holding up well under those expectations and seemed eager to start meeting the challenges ahead.

“It’s really exciting to think about what will happen during our careers,” she said, referring to herself and the other newly minted astronauts, six women and seven men, in all, and a mix of 11 Americans and two Canadians.

Cardman is now working at the Johnson Space Center as an increment lead, or liaison, between the ground crew and astronauts on the International Space Station. She will work there until she is called on a mission that will take her into outer space.

During the two-plus years of training, Cardman and the other trainees learned the entire engineering system on the International Space Station, studied Russian (Russia flies astronauts to the station, and cosmonauts are part of the ISS crew) and flew T-38 jets (to learn to think quickly under rapidly changing situations). But the most difficult part of the program, Cardman said, was learning how to function in zero gravity while wearing a 300-pound spacesuit. 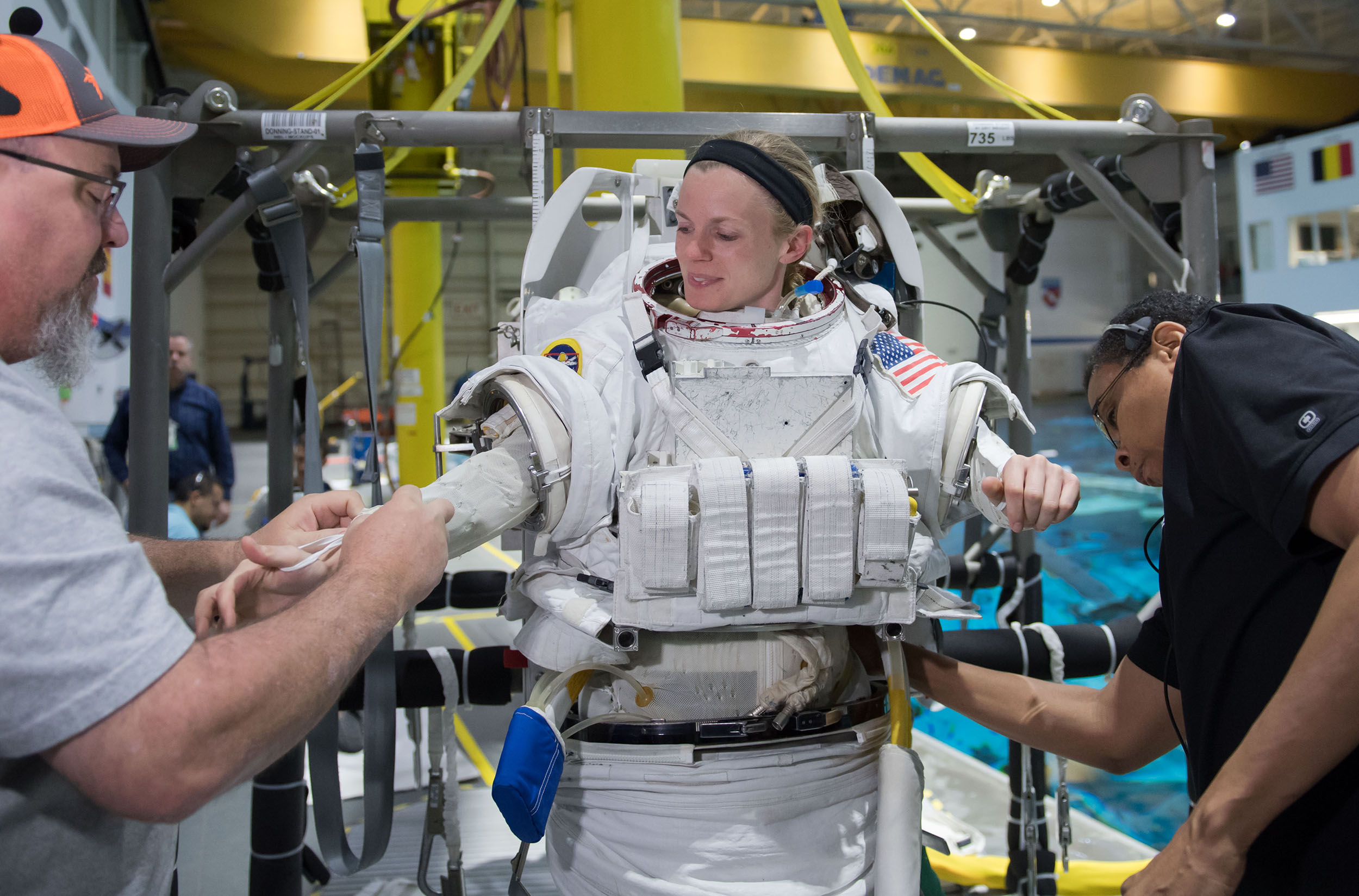 The spacesuits “are less like an outfit and more like a vehicle,” she said. “They are really remarkable pieces of engineering,” but maneuvering in one while submerged in a swimming pool designed to emulate weightlessness “was a challenge for all of us.”

What came more naturally to her was the high-speed, high-stakes intensity of flying a T-38 supersonic jet trainer. It was “a great chance for those of us who did not come in as professional pilots to gain aviation experience that is directly applicable to what we do in space,” she said. “It’s one of the only training platforms we have where the sensations are real, the G-forces that we feel are very real. It is not a simulation.”

Whether Cardman and her classmates were learning complex engineering systems, flying jets, maneuvering in spacesuits in a pool or learning foreign languages, their training was immensely challenging — and the challenge itself might have been the biggest lesson.

The training “has been a lesson not in identifying the key to success but rather learning how to fail,” she said, “and from each of those failures, learning something about yourself and picking yourself up off the floor or leaning on classmates to pick you up off the floor and just diving right back in.”