For Winston Crisp ’92 (JD) to give out his cellphone number to a couple of thousand anxious parents each year for use in case of an emergency, he had to make darn sure he didn’t...

Emily Venturi ’18 and Alice Huang ’16 have been selected for the Schwarzman Scholars program, an elite China-based scholarship modeled after the Rhodes Scholarship and founded by Blackstone co-founder and CEO Stephen A. Schwarzman. Venturi... 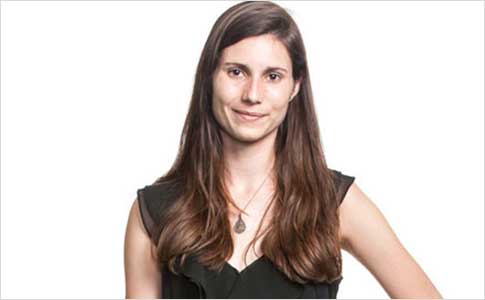 Sarah M. Bufkin ’13, who is pursuing a master’s degree in moral, legal and political philosophy on a Mitchell Scholarship in Northern Ireland, now has another scholarship awaiting her — Bufkin is UNC’s 49th Rhodes Scholar since the program began in 1904, and the 14th Carolina student selected since fall 2000.

Bufkin, of Atlanta, was one of 32 Americans selected this month for the prestigious award, which funds study at the University of Oxford in England.

She came to Carolina on a Morehead-Cain Scholarship and graduated with a double major in cultural studies and history, plus a minor in creative writing focusing on poetry.

“Sarah’s passion for civil rights is inspiring, and I believe that this opportunity to study at Oxford will enhance not only her learning, but her desire to change the world,’’ said Chancellor Carol L. Folt. “Earning the Morehead-Cain Scholarship, the Mitchell Scholarship and the Rhodes is a tremendous honor.’’

Bufkin was an Honors Carolina student and was inducted into Phi Beta Kappa. She served as the editor-in-chief of Campus BluePrint, was a columnist at The Daily Tar Heel and was a counsel in the University’s student-run honor system.

She has interned for The Huffington Post and ThinkProgress. She also has served as a communications coordinator for the NAACP in North Carolina. In April 2013, she was awarded the Taylor Research Fellowship to study the intersection of public engagement, political unrest and poetry in Northern Ireland in the 1970s.

Bufkin was a finalist for the Rhodes in 2013, though opted for the Mitchell then in order to pursue her studies at Queens University in Belfast. She plans to use her time at Oxford to pursue a doctor of philosophy in politics. She wants to practice civil rights law.