A 23-year-old alumnus who was serving in Afghanistan died Aug. 18 from injuries suffered when his vehicle was destroyed by a roadside bomb. 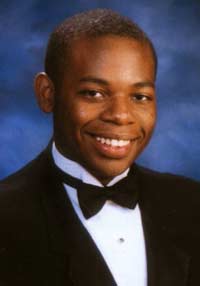 Army Pfc. Morris L. Walker ’08, an Army paratrooper, was one of two U.S. soldiers who died in the incident.

Walker enrolled at UNC in fall 2004 after graduating from Fayetteville Academy. According to The News & Observer of Raleigh, an official at the academy said Walker was a student at that school from the sixth grade until his graduation in 2004. He kept a high B average, was treasurer of the student government association, was a member of the school’s community service group and was a varsity basketball player, the official told the paper.

At UNC, where Walker was a Carolina Covenant Scholar, he most recently was enrolled in the summer of 2008. He joined the Army in August 2008 and had been assigned to the 1st Battalion, 501st Parachute Infantry Regiment, 4th Airborne Brigade Combat Team, 25th Infantry Division, Fort Richardson, Alaska.

The Daily Tar Heel conducted several interviews with friends who knew Walker on campus and described him as an extraordinary person. The following, written by Andrew Harrell and Brian Austin, is reprinted from The DTH with its permission:

Walker, known to many of his friends as “Mo,” was an “experience,” said Sam Rosenthal, a UNC alumnus who graduated in 2009 and met Walker during his freshman year at UNC. Rosenthal is a former Daily Tar Heel sports columnist.

Walker started out calling Rosenthal his son and acting as his mentor, but soon they were brothers, Rosenthal said.

“If you got to spend time with Mo Walker, you remembered it,” Rosenthal said. “He had a charisma and a warmth that just rubbed off and also a pride and a sense about himself. I had never met anybody with so much confidence and even borderline arrogance that never rubbed people the wrong way.”

Walker was a part of many different social groups at UNC, which allowed him to touch the lives of many people, Rosenthal said.

While at UNC, Walker joined Zeta Beta Tau and worked at Ram’s Head Recreation Center, where he spent much of his spare time working out and playing basketball.

Walker also was a fixture at the bar The Library, where he knew many of the workers and regulars.

“He kind of just moved through all circles very comfortably,” Rosenthal said. “He understood people in a way that not many can. Nobody was too different for Mo that he couldn’t connect with them.”

Walker’s older sister, Sabina, referred to her brother as “Mr. Spotlight” in a conversation after his death, alluding to his tendency to be the center of attention, Rosenthal said.

“That’s who he was. He was ‘Mr. Spotlight.’ … He had this spotlight on him, and when you were with him, you were in the spotlight, too,” he said.

Antwine Jackson ’06, another of Walker’s close friends, recounted a night at UNC when Walker invited him to a ZBT party where Jackson knew no one.

Walker stopped the whole party and presented Jackson to the room as part of his family, someone “as funny as him,” Jackson said.

Walker often referred to Jackson as his big brother.

He also remembered celebrating one of Walker’s birthdays at Goodfellas. Jackson told Walker he was done for the night. Walker began doing pull-ups inside the bar to prove that he was OK to continue partying, and so was Jackson.

“He was showing ‘don’t take life too seriously,’ ” Jackson said. “That’s how he lived his life.”

Walker was always the one trying to convince his friends to go out on nights they intended to stay in, said Catherine Kang ’09.

“No matter where he was or who he was with, he always knew how to have a good time,” she stated in an e-mail.

Walker took his enlistment very seriously, Jackson said. Speaking with him before his deployment, Jackson asked Walker if he was scared.

“He just said, “Man, I’m just glad I get a chance to do something like this, to be a part of something great.’ ”

Walker’s dedication was even more striking because it wasn’t always part of his plans, Rosenthal said.

“He wasn’t all about ‘I want to go to war.’ … Once he decided to go, he was very aware of what he was doing,” Rosenthal said. “I told him how proud I was of him for that. It was very tough on him, I think. He was wired differently than your common soldier because of his intelligence and all of the things he had seen in life. For somebody built the way he was, to go and still do what he did – it was probably one of the bravest things I’ve ever seen anybody do.”

Walker kept in close contact with many of his friends in the U.S. during his deployment.

Rosenthal and Walker would talk via e-mail about once a week, and Walker even called from Afghanistan a few times.

“The toughest thing is that he’s still very much with me,” Rosenthal said. “I can hear him. I can smell him. It doesn’t seem like he’s gone yet.”