The University has named Clayton Somers ’93, a longtime North Carolina attorney, executive leader and state government official, to the new position of vice chancellor of public affairs and secretary of the University. 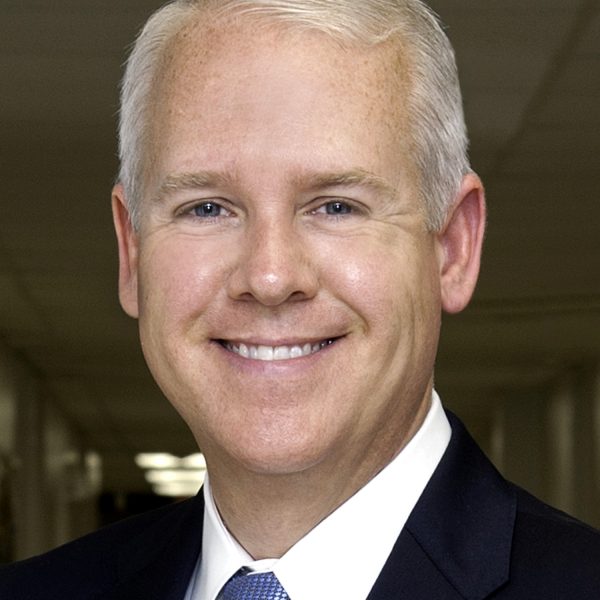 For the past two years, Somers has been chief of staff to the N.C. House Speaker Tim Moore ’92, providing counsel on legislative and legal issues to House members. He started work at Carolina on Jan. 9.

Somers’ professional experience encompasses public policy, government, executive board relations and legal experience on complex governance and compliance issues. Chancellor Carol L. Folt said: “The diverse range of Clayton’s public affairs and business experience, combined with his unique knowledge of the General Assembly and state government, will be a tremendous asset as we assess the University’s future needs and vital role in serving North Carolinians. He also brings an important perspective to our relationship with the federal government.”

Going forward, UNC expects to have a more dedicated focus on state and federal relations issues — collaborating closely with the UNC System — and to complete an organizational change that better defines the role of secretary of the University as the primary liaison with the Board of Trustees, according to University officials.

Somers’ prior experience includes stints leading the N.C. Turnpike Authority, advising the N.C. High School Athletic Association as general counsel, and serving as an executive vice president, vice president of human resources and associate general counsel for a sports and entertainment company, Wasserman Media Group, and its predecessor, Onsport Strategies, based in Raleigh and Los Angeles.

A Durham resident, Somers worked for nearly a decade in three Raleigh law firms. He is an appeals panelist for USA Basketball’s coach licensing program and spent the past 16 years as a board member, including a term as president, of the Triangle Educational Advancement Foundation, a nonprofit that raises scholarship funds for students in Triangle-area high schools.

A native of Reidsville, Somers earned a bachelor’s degree in business administration from Carolina, where he was a James M. Johnston Scholar and a member of the honors program. He completed his law degree in 1996 at Wake Forest University, where he received academic honors and served on the Law Review and moot court boards.