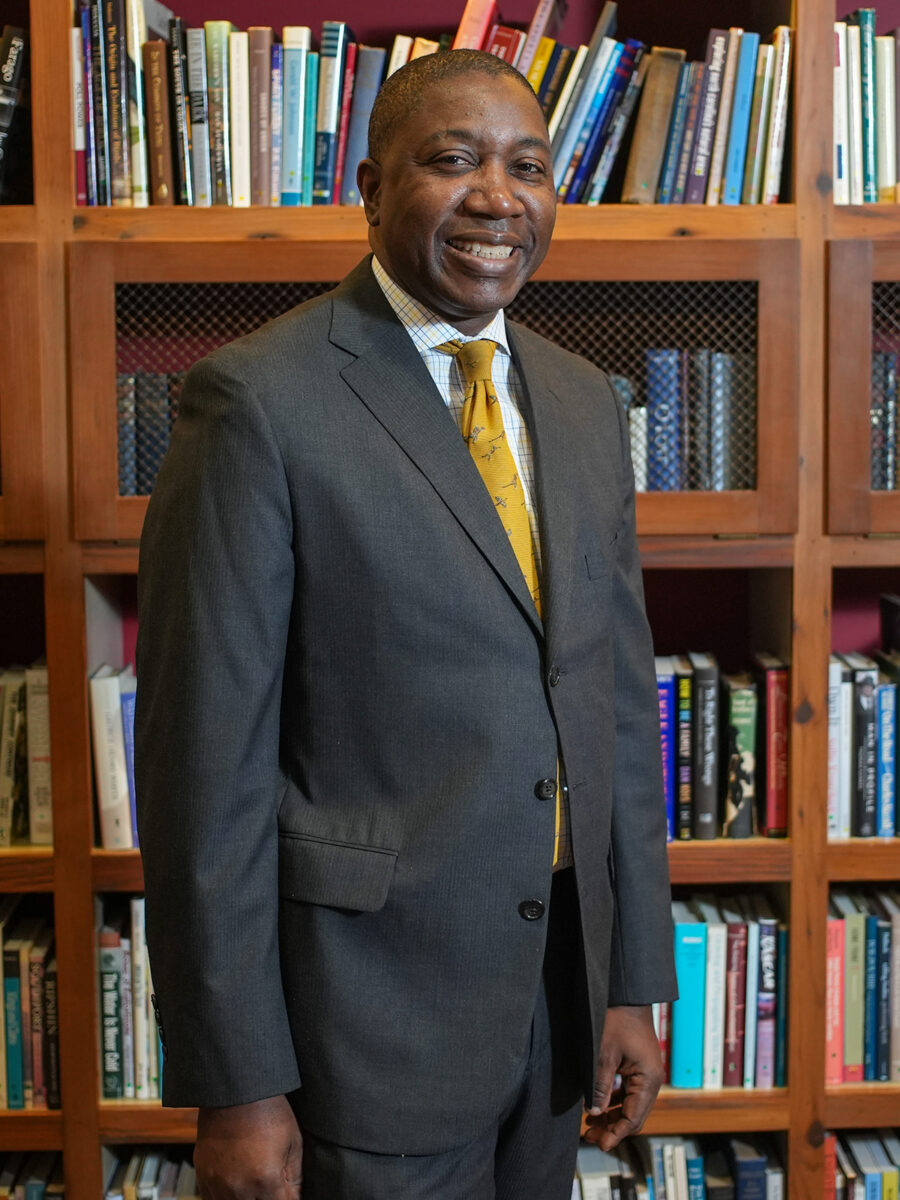 Before Anthony Charles ’09 (MPH) picks up a scalpel in a sparse operating room in Malawi, he asks everyone gathered around the table to introduce themselves and tell what role they’ll play in the surgical procedure he’s about to begin.

That act of respect for those on his team, especially in a country in which a woman doesn’t shake hands with a man because she is not considered his equal, shows a generosity of spirit and is an exercise that encourages the team to work together more effectively.

Charles wouldn’t have time to recite all of the titles he holds, lest the patient’s anesthesia wears off. He’s the Oliver R. Rowe Distinguished Professor of surgery and chief of the Division of General and Acute Care Surgery at the UNC School of Medicine. He’s also director of Adult ECMO (short for extracorporeal membrane oxygenation, a process that oxygenates blood outside the body) and director of Global Surgery at UNC’s Institute for Global Health and Infectious Diseases. He’s a prodigious researcher who publishes some 30 articles a year, and he’s an associate editor of the Journal of the American Medical Association — the first and only surgeon on JAMA’s editorial board.

Charles is also an Honorary Fellow in the Royal College of Surgeons of Edinburgh and the recipient of the Leonard Tow Humanism in Medicine Award, which was presented to him at the UNC School of Medicine Commencement in 2009. He was inducted into the Order of the Golden Fleece in 2017.

But standing in that operating room in Africa, with bugs occasionally scurrying across the floor and supplies so limited patients sometimes are stitched up with fishing line, Charles is simply the guy wearing the scrub cap with a UNC logo stitched on the front, the guy who as founder of the Malawian Surgical Initiative trained and mentored many of those in the room.

A trauma surgeon, Charles was invited to Malawi in 2008 while working on his master of public health at UNC. “I wanted to do research, so I had to learn how,” he said in explaining why he added the master’s to his already-august resume. For two weeks, he performed surgery all day, every day in a 1,000-bed hospital that had only one permanent surgeon. All of the other surgery was done by foreign guests, such as himself, who would pop in for short stints as their schedules allowed.

“That was not sustainable,” Charles said. So he recruited a colleague and a group of trauma and orthopedic surgeons from Norway and established a surgical residency program to train Malawian doctors. He spent a month at the African hospital four times a year to train the new surgeons and create a sustainable global outreach mission to empower others. Within seven years, the 20 surgeons who had completed the residency doubled the number of surgeons in the entire country.

Charles is clear-eyed in his vision for what he needs to accomplish, and he has an uncanny ability to convince others to see things his way. His commitment to putting others first may be why obstacles seem to melt out of his way.

His life path rivals someone in a witness relocation program: Born in Germany, he grew up in boarding school in Ireland, then went to Nigeria for medical school. He completed his residency in the U.K., then did additional training in Los Angeles and Michigan. He’s lived in Chapel Hill longer than anyplace else.

A man of deep faith and unfailing kindness, he lives his beliefs in his service to others. Despite his titles and honors, he takes just as many surgical calls as those he supervises and has been known to forgo his on-call pay to share it with others starting out. If another surgeon on his roster has childcare issues, more often than not, Charles will cover the case himself.

His colleagues can’t recall ever seeing him in a bad mood, whether during flight delays or a 2 a.m. call. As a teacher, he is demanding and is known for pointing at a student at random during a lecture and shouting, “Doctor, your patient is dying! What are you going to do?” A former student said that while the technique is unnerving, “it gives us ownership of the solution.” And it prepares students for the work ahead.

“If you make a decision with a patient’s life in the balance,” he has said, “you’d better be able to defend it.”

His students learn from his example about commitment to family, and even something about fashion. He has impeccable style. And he has an African proverb to fit any situation.

In 2008, Charles started UNC’s ECMO program. The artificial-lung treatment process became critically important during the COVID crisis. UNC’s 19 machines performed more of these treatments than any hospital in the U.S. Now, Charles is trying to devise a way that dialysis machines can be used to deliver oxygen to the blood.

Not surprisingly, he explains his creativity with an African proverb: “It doesn’t matter whether the cat is black or white; what matters is that it catches the mouse.”