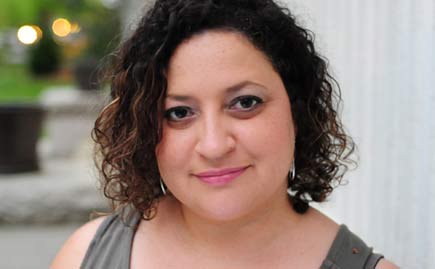 Malinda Maynor Lowery ’02 (MA, ’05 PhD), a Lumbee Indian who has made documentary films on Native American issues and has written about the Lumbee tribe, is the new director of UNC’s highly regarded Southern Oral History Program.

Lowery, an associate professor of history who also holds an undergraduate degree from Harvard and a master’s from Stanford, is only the second director of the program started by Jacquelyn Dowd Hall in 1973.

The program was founded to preserve the voices of the Southern past. Housed at the Center for the Study of the American South, the SOHP has collected and analyzed more than 5,000 interviews from mill workers to civil rights leaders to future U.S. presidents.

Lowery is the author of Lumbee Indians in the Jim Crow South: Race, Identity, and the Making of a Nation. She has produced four documentary films, including the award-winning In the Light of Reverence, which aired on PBS in 2001. Two previous films, Real Indian and Sounds of Faith, examine Lumbee identity and culture, and the most recent is an online video for Native American survivors of domestic violence featuring the Lumbee and Eastern Band Cherokee tribes. Her current book project is a history of the Lumbee tribe for a general audience, forthcoming from UNC Press.

She has taught at Harvard, N.C. State, Duke and San Francisco State University.

Hall said she “could not be more thrilled by the great strides the SOHP has made under Interim Director Della Pollock or by the news that Malinda Lowery has agreed to take the helm. Professor Lowery is a brilliant scholar and visionary leader who is perfectly positioned to enhance the SOHP’s national reputation for collaboration, mentorship, public service, and scholarly and technical innovation while also taking the program in bold new directions.”