Barbara Rimer’s work ethic doesn’t allow for much time to go to the movies. When she does, friends say, she goes to the Chelsea, which has enough light in the back row to allow her to do some work during the slow parts.

When she was hired as dean of the School of Public Health in 2005 and realized that going to football and basketball games was part of her job description, she brought her laptop to use during timeouts. 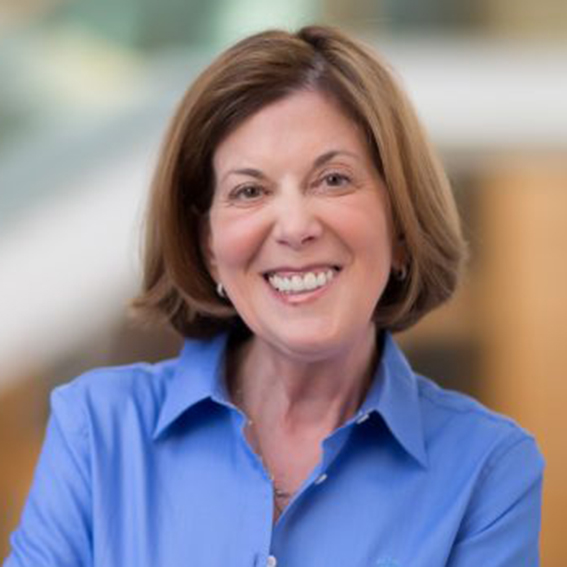 Barbara’s career can be divided into three phases. Early on, she was a world-class researcher and educator. The textbook she co-authored, Health Behaviors: Theory, Research and Practice, now in its fifth edition, is an international reference in the field.

Next was her work in government. As division director of the National Cancer Institute, she initiated new directions for population health that still guide the nation’s cancer control research goals. She helped improve the rate of women getting mammograms through her understanding of genetic predisposition that would identify who was predisposed to get breast cancer. Her risk communication skills and expertise in changing health behaviors enabled her to convey that scary information without raising fear and, instead, to encourage patients to do what they needed to do.

Finally, as a university administrator, she is one of UNC’s longest-serving deans. Now in her third term, she mentors and creates careers for young people. She keeps on top of where the field is going — plowing through numerous journal articles, hence her ever-present laptop — and moves her school forward into that space.

Barbara came to UNC in 1992 as an adjunct associate professor of health behavior, on her way to a full professorship. She also served as acting deputy director of Duke Comprehensive Cancer Center and then as director of the division of cancer control and population sciences at the National Cancer Institute. In 2002 she became a senior research fellow at UNC’s Cecil G. Sheps Center for Health Services Research. The following year she was made deputy director for population sciences at the Lineberger Comprehensive Cancer Center.

Early in her tenure as dean of the school of public health, she secured the transformative donation from the Gillings family that prompted the school’s renaming to the Gillings School of Global Public Health. The gift solidified the school’s legacy and afforded exciting opportunities to invest in innovation.

Barbara leads by example. Even faculty who work late into the evening routinely see her car still in the lot when they go home. She is clear that she does not expect her colleagues to go at her pace; the long hours she devotes to her work is her choice.

Service is what she does and who she is. And her accomplishments stand out. In 2008, she was elected to the National Academy of Medicine, one of the highest achievements in her field. In 2011, she was appointed chair of President Barack Obama’s Cancer Panel. President Bill Clinton had named her to the National Cancer Advisory Board in 1994, and she served through 1997.

Barbara’s resume is rich with awards for distinguished service and achievements and leadership, including from the American Cancer Society, the U.S. Department of Health and Human Services, the National Institutes of Health and the National Cancer Institute.

As dean, Barbara has been driven to increase inclusive excellence at the school. She takes stands that are difficult and musters the courage to speak out on issues that impact the diversity of faculty and students to create an environment in which all feel welcome. In 2018, Gov. Roy Cooper ’79 (’82 JD) appointed her to his Commission on Inclusivity.

Barbara has a reputation for being a leader’s leader. She advocates for her school and for what’s best for the University as a whole. For instance, when Carolina proposed a data science initiative, she supported it, even though it might draw faculty away from her school.

Along with her commitments and responsibilities and attention to detail, she always makes time to be kind, to be generous, to be thoughtful. She cares about people she works with, and she lets them know. She remembers birthdays. She writes beautiful thank you notes, condolence letters, retirement speeches and promotion announcements. As a long-ago English major, she can match words with sentiments.

Public service is in her blood. By her example and by the environment she works to create at the Gillings School, she hopes others will see that working in public service is a proud profession and at times a noble one.