UNC's Vance Hall is home to the Office of Scholarships and Student Aid. (UNC photo)
Posted on Aug. 25, 2016

The assistant vice chancellor for financial aid and scholarships at the University of California at Berkeley for the past five years has been selected as UNC’s new associate provost and director of scholarships and student aid.

In her 16 years at Berkeley, Feldman became known as an innovative and service-oriented leader. 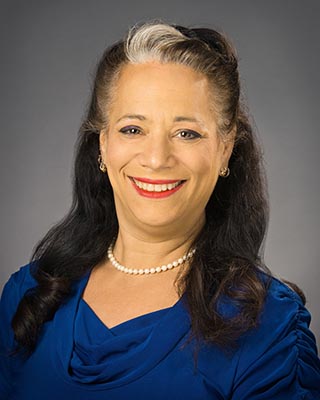 In addition to playing a critical role in developing a scholarship program for middle-income students — which inspired California’s statewide Middle-Class Scholarship — Feldman worked with faculty members and administrators to improve the recruitment of outstanding students, including scholars from underrepresented backgrounds. She also established a student advisory committee to enhance communication between students and her office, part of a broader effort to strengthen service to students.

Nearly half of Carolina’s undergraduate students receive financial aid, mostly in the form of grants and scholarships. Average debt among graduating seniors is low, and only two in five students take on any federal loans at all. The Carolina Covenant program offers low-income students the chance to graduate from Carolina debt-free by combining grants and work-study.

Widely known and respected in her field, Feldman serves as a delegate to the College Scholarship Service Assembly of the College Board; chairs a task force of the National Association of Student Financial Aid Administrators, which is developing strategies to implement new standards, developed by the U.S. Department of Education, for awarding aid; and is a member of the executive steering committee of the Coalition of State University Aid Administrators and the Higher Education Reauthorization Working Group of the Association of Public Land Grant Universities.

“Carolina has earned national recognition as a best value in public higher education,” offering high-quality academics at relatively low cost, Feldman wrote on the office’s website. “To uphold that tradition and maintain UNC’s public mission, our office is committed to helping all students meet the costs of college.”

Feldman earned her undergraduate degree in economics and dramatic art from Berkeley in 1990 and a master’s in economics from Golden Gate University in 2000.