Just try to find some creative, entrepreneurial endeavor not on Bland Simpson’s resume. 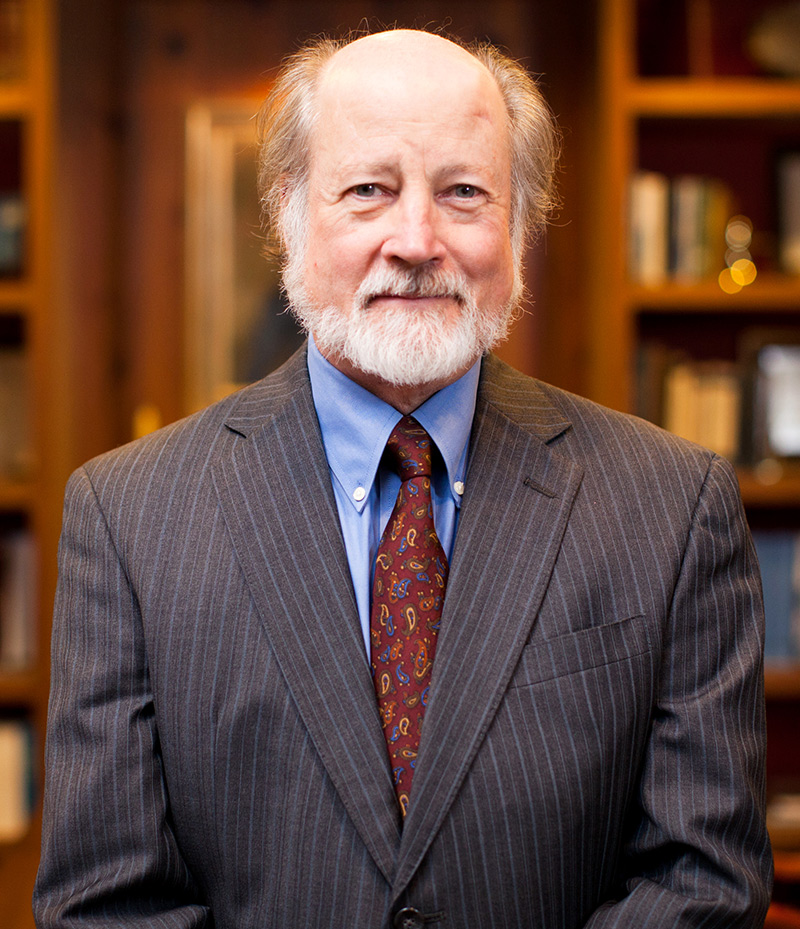 He’s a teacher, of course, and a good one at that. Since he came onto the faculty at UNC in 1982, he has received the Tanner Award for Excellence in Undergraduate Teaching, the Chapman Award for Excellence in Teaching, twice, and the title of Bowman and Gordon Gray Distinguished Term Professor six years running. Since 2011, he has held the title of Kenan Distinguished Professor of English and creative writing.

He’s a writer, having published more than half a dozen books and numerous articles and essays. He’s a composer and lyricist, co-writing or co-composing four musicals and contributing a song to a fifth, which was a Tony nominee for Best Broadway Musical. He writes and performs songs, plays the piano and tells stories, and his list of awards fills two pages.

Dig a little deeper, and you’ll find more. Used-car salesman — he sold a 1976 Dodge Aspen station wagon to bandmate Jack Herrick ’70 for $1 that Herrick still drives and says runs like a top. Moving company operator — he and a couple of fellow Tar Heels bought an old step van and started a moving company, but the van kept breaking down and maybe exploded, and that didn’t go so well. Unabashed champion of North Carolina and its natural resources, not just through word of mouth that has convinced a number of people to move here, but through one book he wrote with his wife, who did the photography, and another the two have in the works, and the documentary pieces he has produced about the state’s coastal rivers, sounds and creeks. Even now, he and Jack Herrick are working on a screenplay.

He characterizes himself simply as a communicator.

Bland lived the first half of his childhood in Elizabeth City, his father’s hometown, and the second half in Chapel Hill, from where his mother came. His grandfather on his mother’s side was superintendent of construction for almost all the buildings built on campus between 1924 and 1932. Walking around campus as a boy, Bland thought all those buildings belonged to his grandpa, he knew them so well.

In the spring of 1969, his third year as a student at Carolina, Bland snagged a song-writing contract with one of the companies owned by Albert Grossman, a talent manager of some of the biggest names in American folk music and rock ’n’ roll. He moved to New York to pursue his fame and fortune, but it wasn’t the right fit. Three years later he came home, completed his degree in political science and found his voice in a musical he co-wrote with bandmate Jim Wann ’70. That musical, Diamond Studs, made it big in New York, but Bland remained in Chapel Hill, having had enough of the big city.

The musical left a strong mark on the broader theater world by pulling the musicians out of the orchestra pit and putting them on stage, giving them prominence in telling the story. And it had an impact on Bland, connecting him with the Red Clay Ramblers, who performed Diamond Studs. Bland began touring with the group, and the partnership continues to this day, most recently with a production for the Carolina Ballet.

Bland’s creative works have found success far beyond North Carolina’s borders, but he stays rooted here, not only working to preserve the state’s natural resources but its cultural ones and its human heritage, too. He resurrects string-band material and pays homage to traditional fiddle music. He tells stories that gently spoof Southern stereotypes.

On the faculty at UNC, Bland directed the creative writing program during a time of strong growth. He raised funds for the Doris Betts Professorship and the Thomas Wolfe Scholarship. He hired authors Randall Kenan ’85 and Daniel Wallace ’08 as tenure-track professors. He created and teaches a course in lyric-writing, bridging students in the composition area of the music department with the creative writing program.

Bland heeds the advice the late Doris Betts ’54 gave him when he began giving readings around the state and would be introduced as a professor at Carolina. “You have the great blue flag of the University of North Carolina at Chapel Hill cloaking you,” Doris said. “You are the University.”

It is, he says, “a delight and a responsibility.”